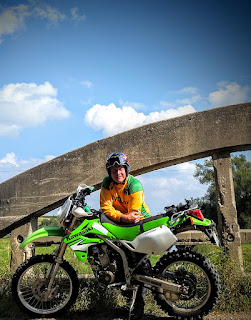 I’ve been building a map of local green lanes and interesting back roads to use the KLX250 on.  If you know where to look, there are some surprisingly tricky off-road bits around where I live.   As I build up the map I’ll have a list of go-tos that mean I don’t have to go far to get off road.  If anyone lives in Wellington County or nearby and has any suggestions, I’d be happy to add them.

I headed down a back road suggested by Jeff the motorcycle Jedi this time.  It ended at the Connestogo River where there was a water crossing.  It was obvious that Jeff wanted me to try it, so I did!  What happens next is all on him: 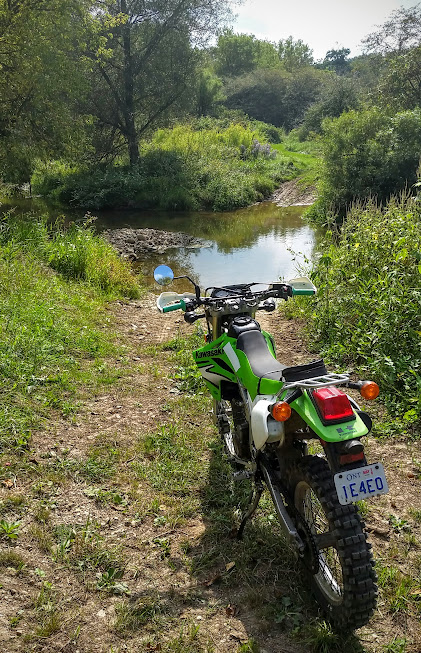 Success!  The first was tentative.  I did what ABR Magazine suggested and scoped out the bottom first, looking for any deep holes I might fall in to.  The river was never more than two feet deep and fairly even, so I figured I’d give it a go.  ABR said to proceed slowly so you aren’t swamped by your own wake.  I might have been a bit tentative on the first pass, but the second was a test to see if I could proceed with a bit more throttle.  Like all things off road, the real trick seems to be don’t fight the handle bars, they’ll find their own way, even over slippery river rocks.

Some of the back roads in my area aren’t maintained, which makes them much more interesting from a dual sport perspective.  The farm trails I took to get to the river were remote and varied from groomed gravel to deep mud holes and larger rocks.  In a couple of places I couldn’t have gotten by with a car, which was what I was looking for.  You have a moment where you think, “if I drop it here and can’t get it going, I’ve got a walk to get out.”  Calling for a pickup wouldn’t have been an easy exit.  I was never more than a short walk from help though, farmers waved from a wide variety of vehicles while they tended fields throughout the ride.

In one mud hole I was in a rut which led me right into the deepest part of it – it was the only time I had to come to a stop to keep my balance.  Once I had my feet down the big knobbies on the KLX chucked up clods of mud and I easily powered out of six inch deep sludge (which smelled a bit cow-ish).

One of the nicest parts of dual sporting is getting lost in the world without traffic.  I put over 60kms on the KLX on this ride, the vast majority of it without another vehicle in sight.  At one point I was connecting trails and doing about 100km/hr on a back road and I was reminded why the empty quarters are better.  A guy on a sport bike blew past me and then slowed to look back over his shoulder with a shrug.  I waved at him to follow me down the next dirt track.  He didn’t.

The next day I’m still feeling it in various muscles.  Working your way though challenging trails on an off-road bike is a full body workout.  Austin Vince must be made of iron!

Another benefit of dual sport riding?  If you’re into photography, it’ll take you places worthy of it: 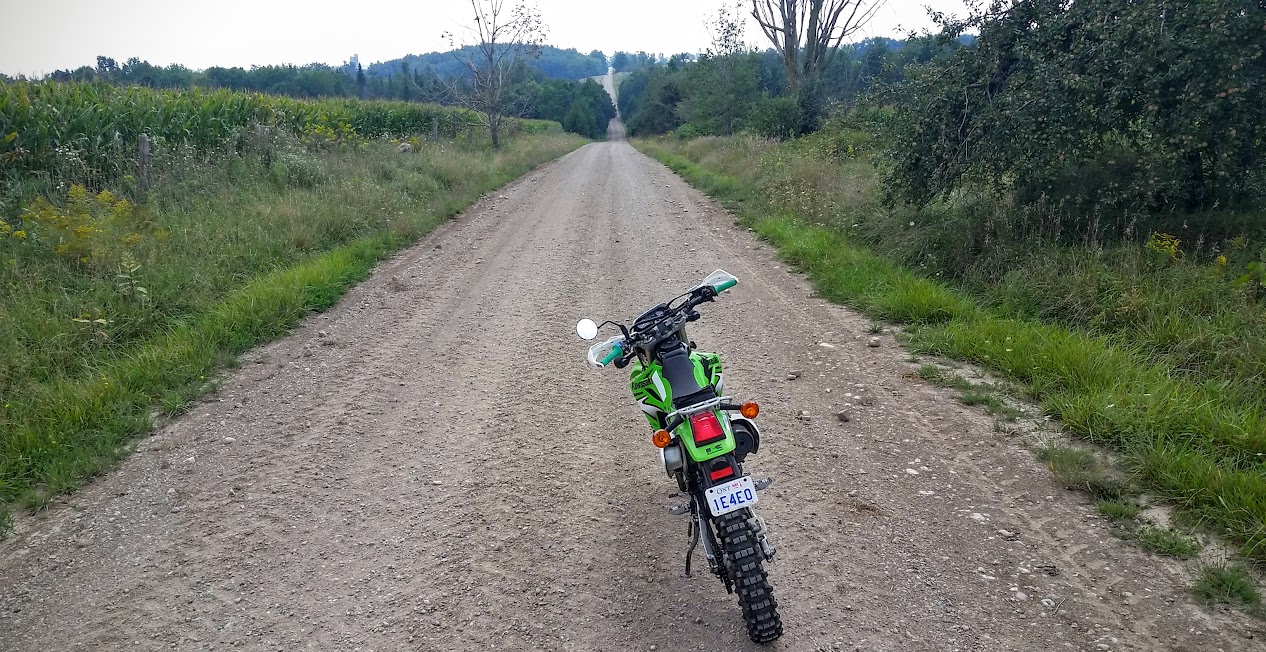 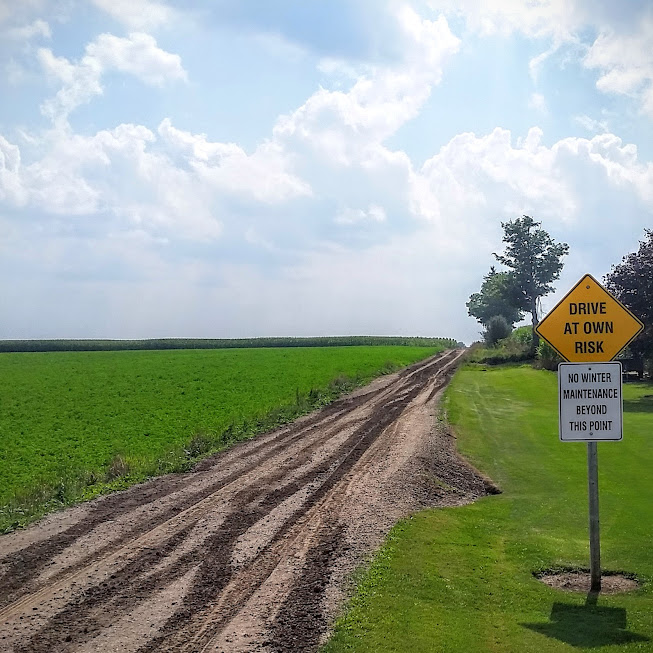 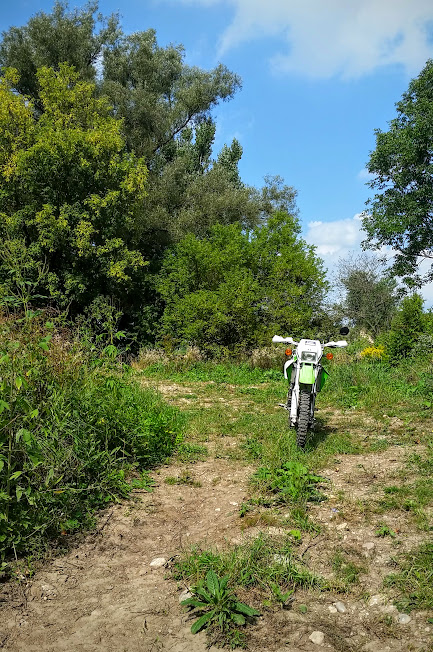 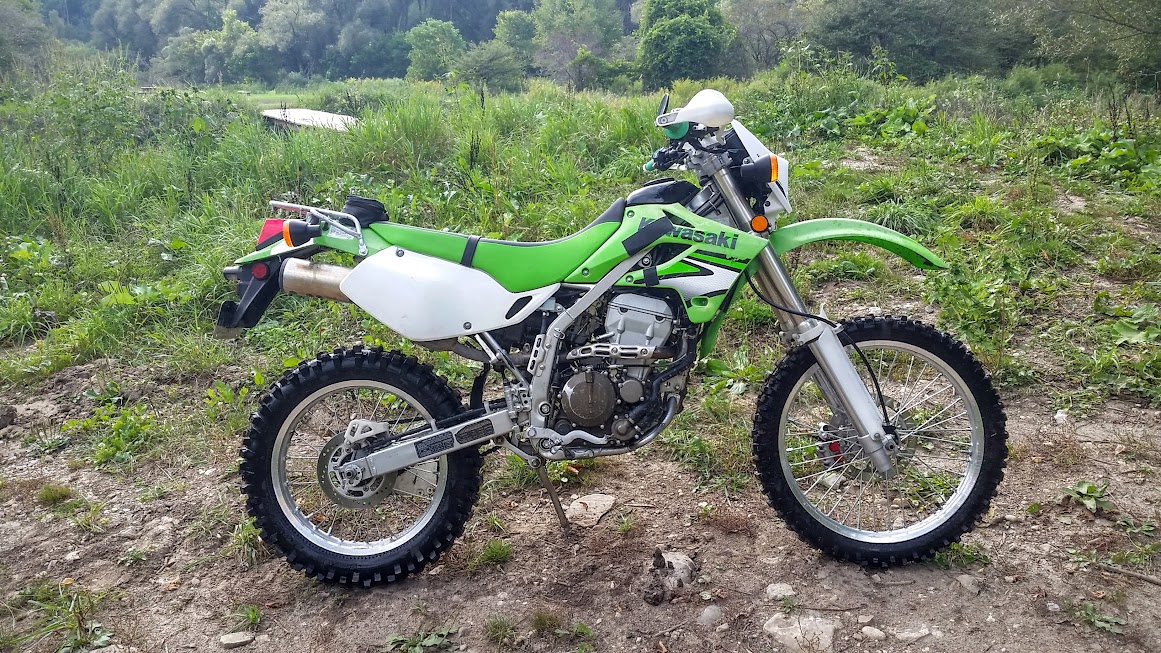 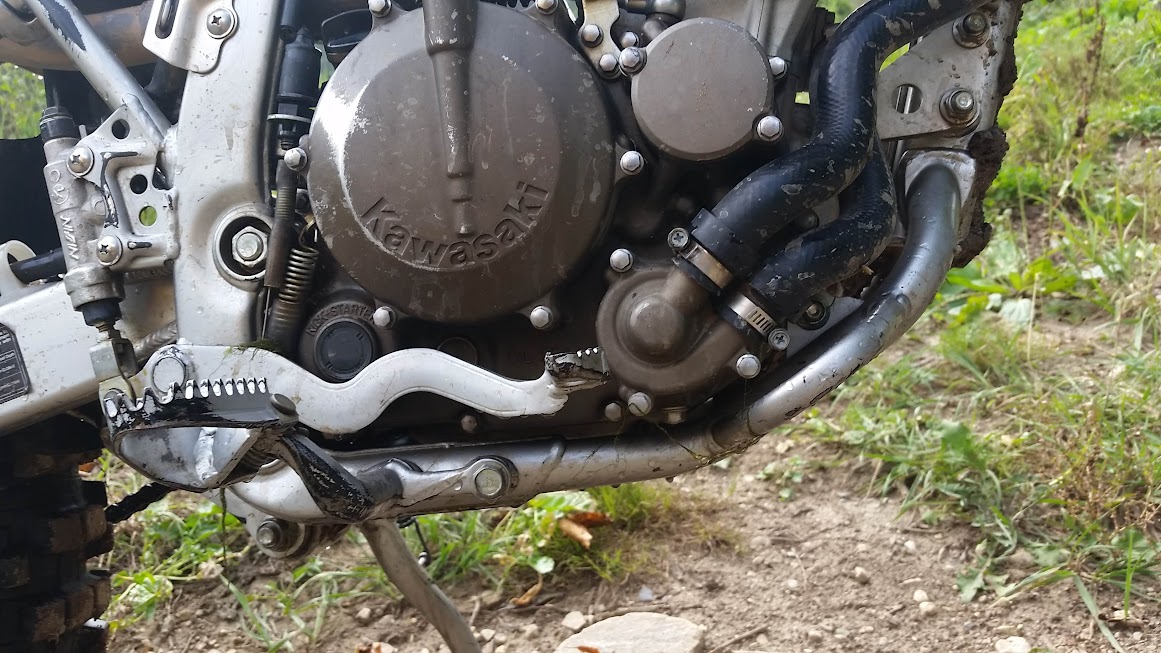 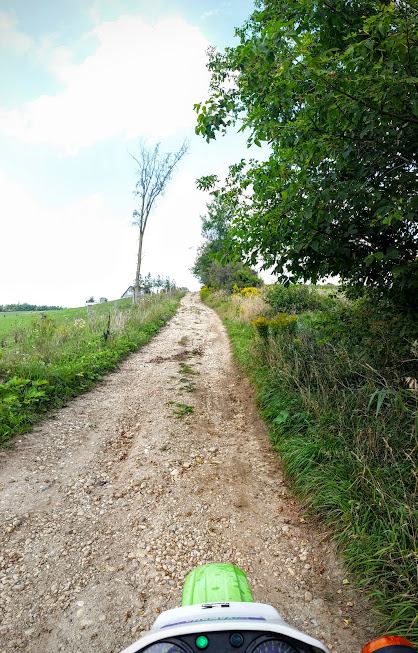 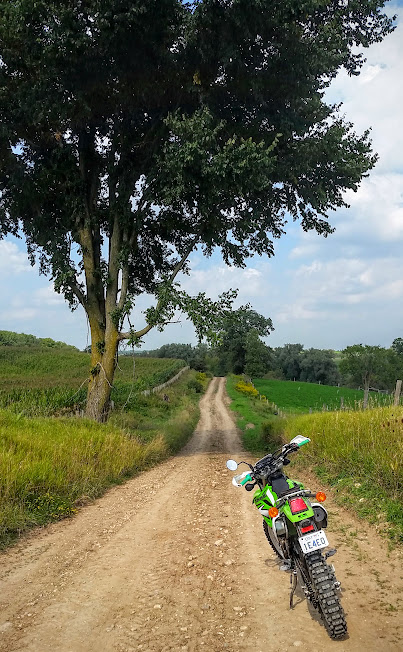 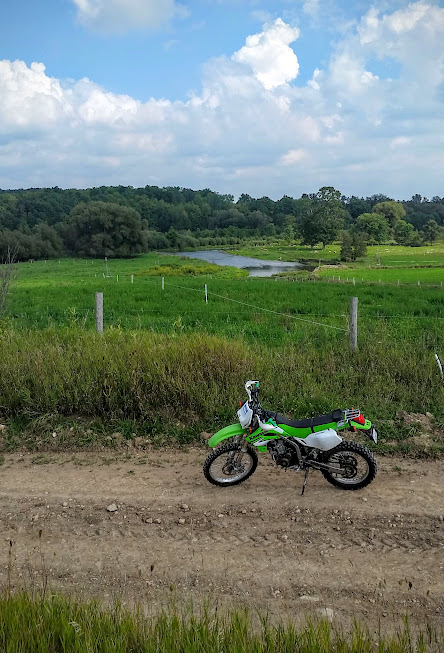 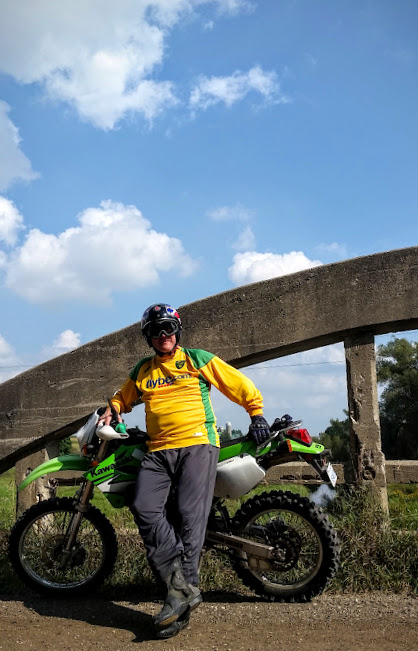