Skip to content
My motorcycle bucket list includes earning the Ironbutt basics.  The first two rides are the Saddlesore (1000 miles in 24 hours) and the Bunburner (1500 miles in 36 hours).  The Austin MotoGP race happens to be just over fifteen hundred miles away, making it an ideal target for these badges of long distance endurance riding.
I’m not sure that I’d ever do an Ironbutt again, but it’d be nice to have done it once.
The MotoGP race in Austin is on April 10th this year.  Leaving on a Tuesday night would get me there for the event.  Even with a (more) relaxed ride back, I’d still only be on the road for seven days – 3 of them at the GP.

I roughed out hotel stops based on ideal distances, but it would probably be significantly cheaper to pick a hotel chain and stay with them throughout.  My hotel of choice would be Hampton Inn, so a revision based on where I can stop at those might be in order.

After Indy got cancelled this is the only other race on my continent and so my only chance to ride to a race event.  It’d be nice to see the circus in action again this year and Austin, while much further away, offers a chance at Ironbutt glory!


Video of MotoGP practice through the esses at Indianapolis. 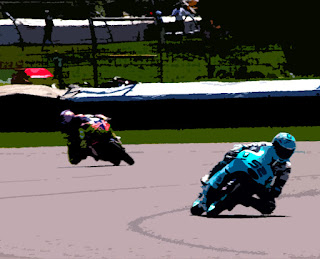 It’d be nice to go down there with some good camera kit and see what I can capture.  I did pretty well with my little Olympus last summer, but another go with more effect gear would net even better results.

Many of the images I took had to be photoshopped a bit to hide the poor resolution and light intake of my camera (creating a simplified painted look in Photoshop hides these weaknesses). 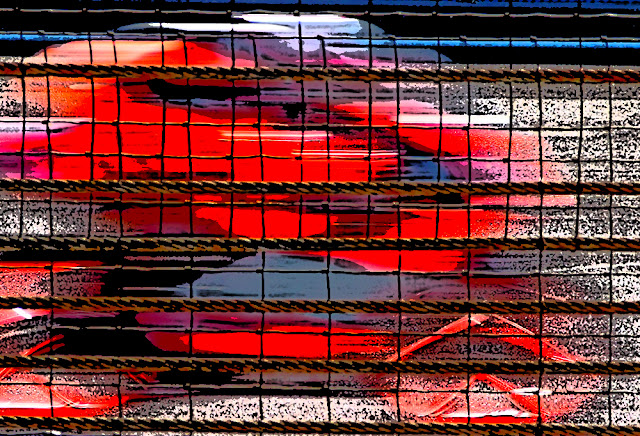 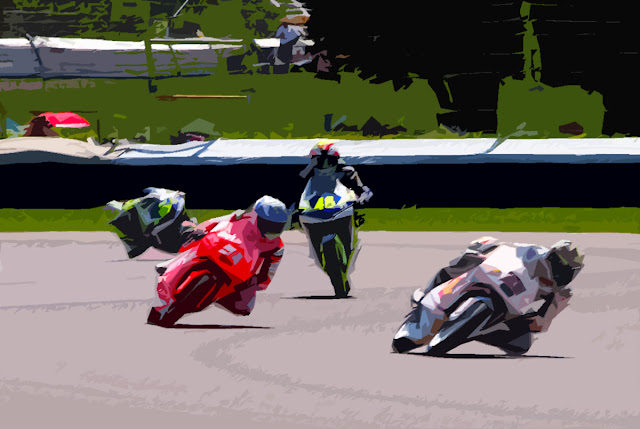 I’m also getting frustrated with the lack of lens availability with the Olympus I’ve got.  I’m thinking of going back to a superzoom on my next camera.  The Nikon P610 has enormous reach (4x what the Olympus telephoto can manage with similar light loss).  What would be even better would be a full 1″ sensor superzoom like the Pentax FZ1000, then I’d have a multipurpose camera with excellent low light ability – though they are three times the price of the smaller sensor superzooms.

I had a fixed lens superzoom a few years back and loved the flexibility, though it was one of the first electronic view finder cameras and lagged annoyingly.  It’s light intake wasn’t great either.  The new ones will benefit from much faster electronics and dramatically larger sensors letting more light in.

The Olympus PEN is an entry level mini-SLR.  I’ve enjoyed the size and convenience but the lenses are expensive and hard to find, and the kit lens has broken.  The body itself also broke under warranty when I first got it.  A second failure in three years has me thinking about moving on.  I’m looking for the simplicity and flexibility of a fixed lens superzoom again.  This would be especially handy when travelling on a bike where all the SLR clobber takes up too much space.

As a photographer I’ve always enjoyed being able to do more with less.  I’ve often seen people with suitcases of gear worth ten times mine take worse pictures.  As long as it can keep up with my eye and offer the control I need, a quality fixed lens superzoom will let me do that in spades.