Setting up a 360 camera on your wing mirror using a gorilla pod and setting it to automatically take a photo every few seconds seems like the best way to catch some interesting self portraits while you ride.  It’s a set up and forget system so you can just enjoy the ride.

Afterwards you download what the camera caught and then frame the photos as you wish (the 360 picture lets you move the point of view around until you’ve framed something interesting).

I’ve been trying to replicate the tiny planet view that the Ricoh Theta could do in its software on the Samsung Gear360.  GoPro makes a little planet capable app that they give away for free, so I’ve been using that.  Here is an example of a time lapse video tiny-planeted in the GoPro software:

The photos are screen grabs of time lapse scenes on the Samsung 360gear. They’ve all been worked over in Photoshop to give them a more abstract look.  I’ve included the original photo to show variations: 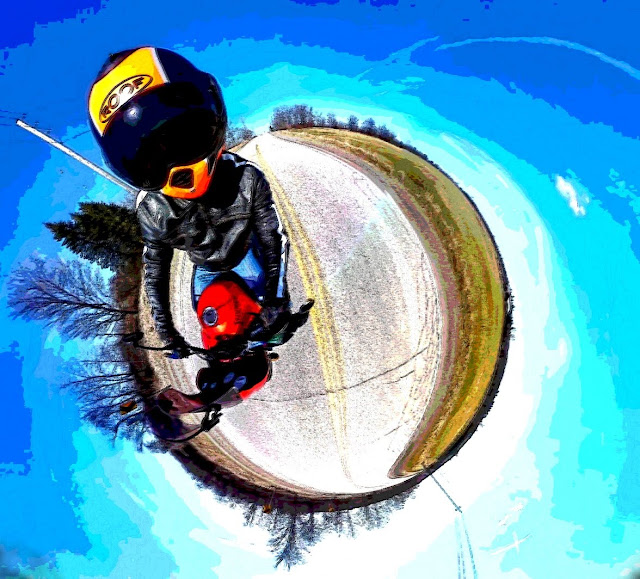 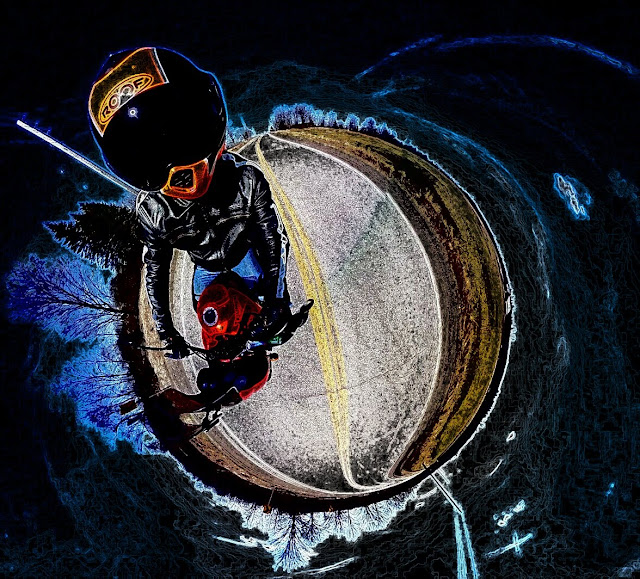 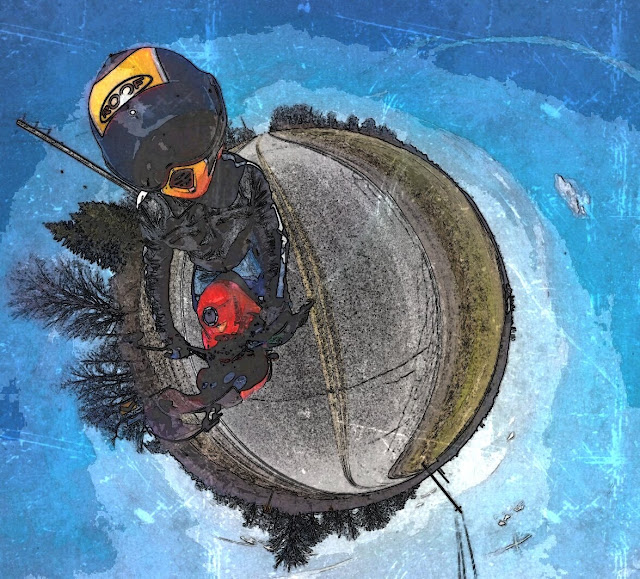 Below are some other 360 grabs – they’ll give you an idea of how you can select certain angles and moments and then crop a photo out of them pretty easily. 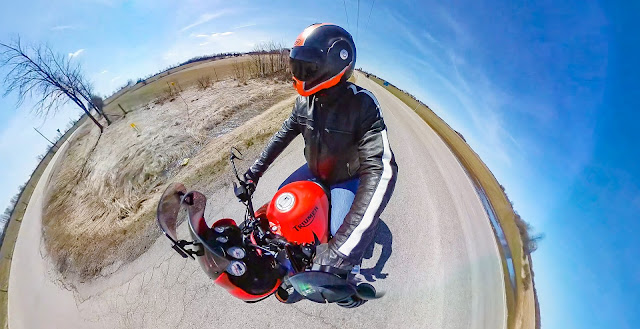 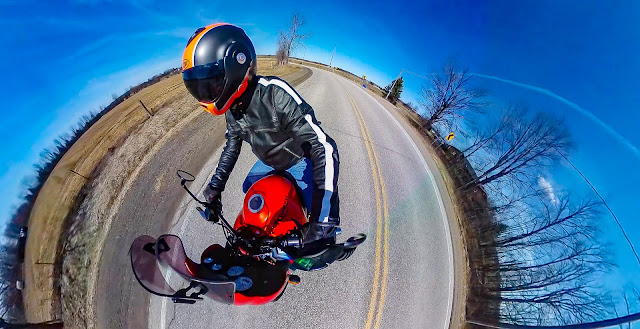 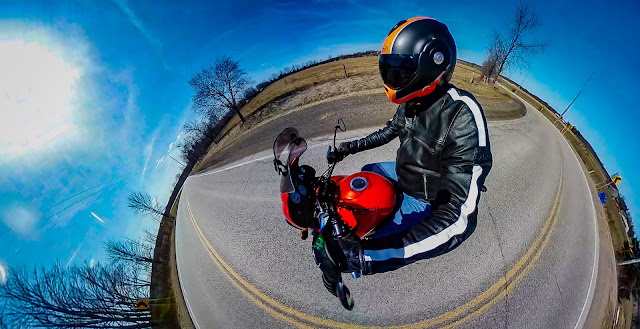 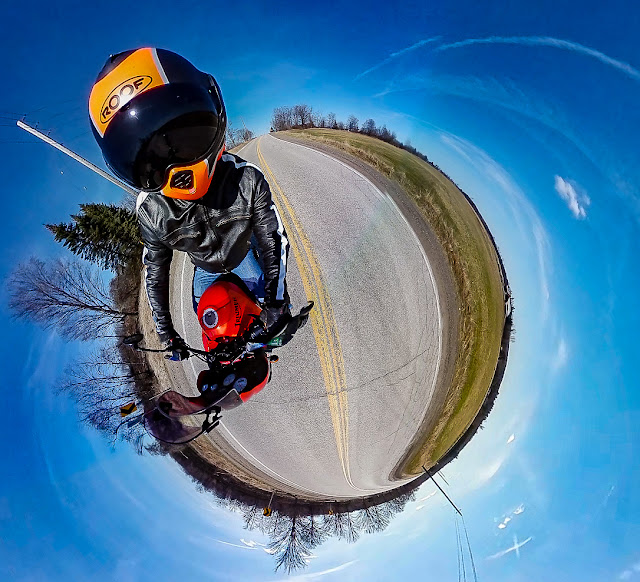 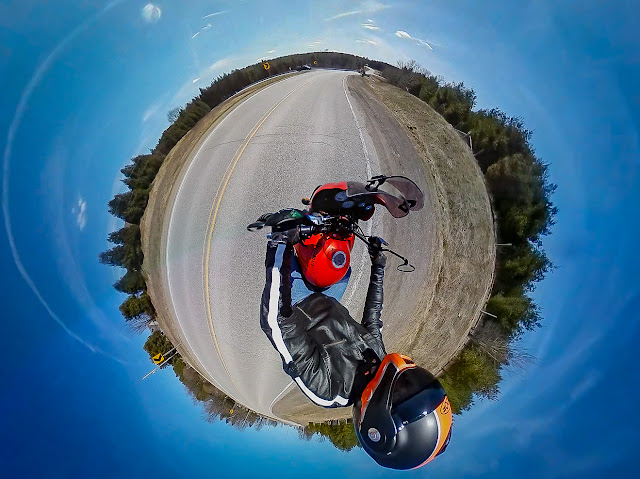 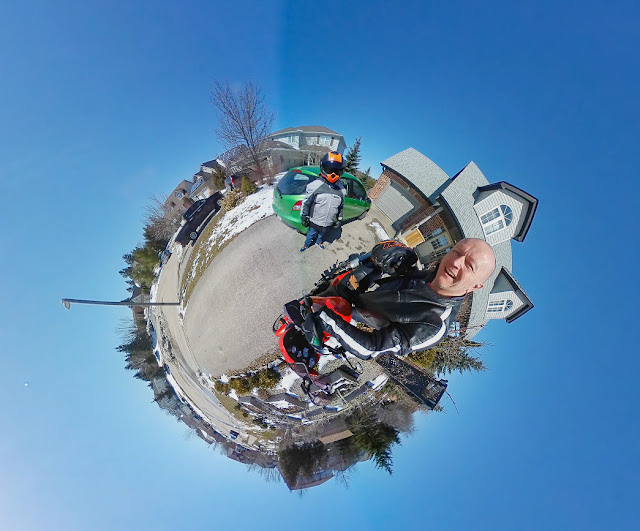 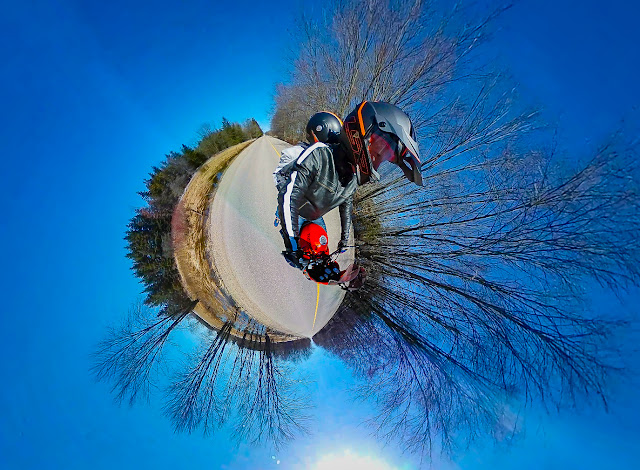 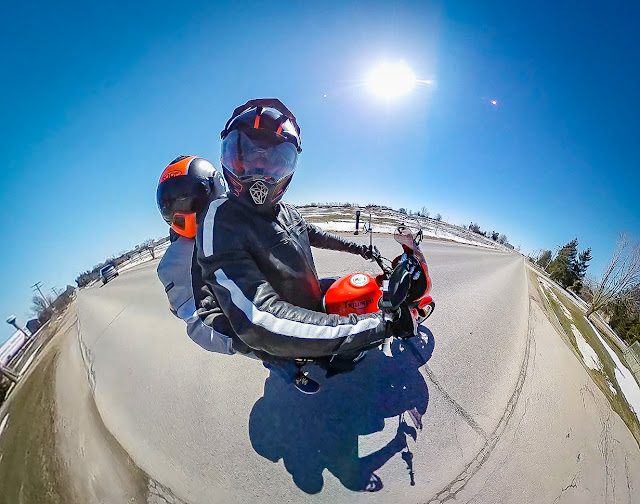 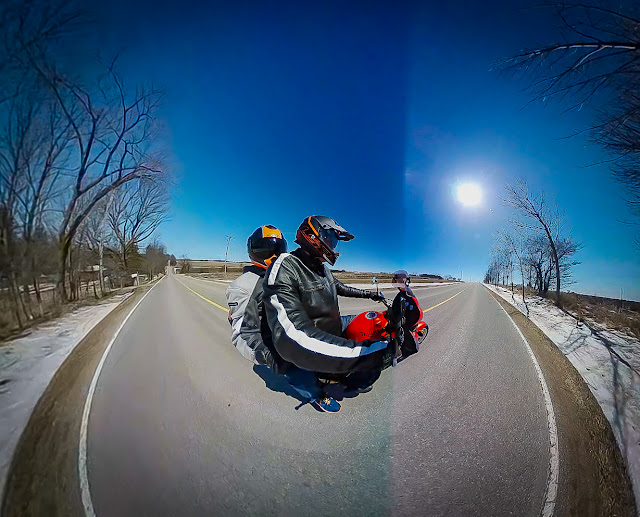 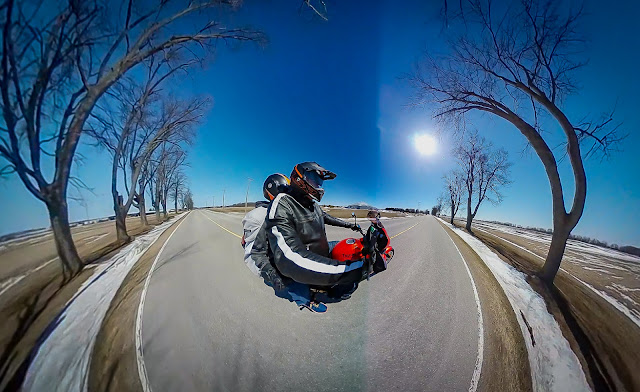 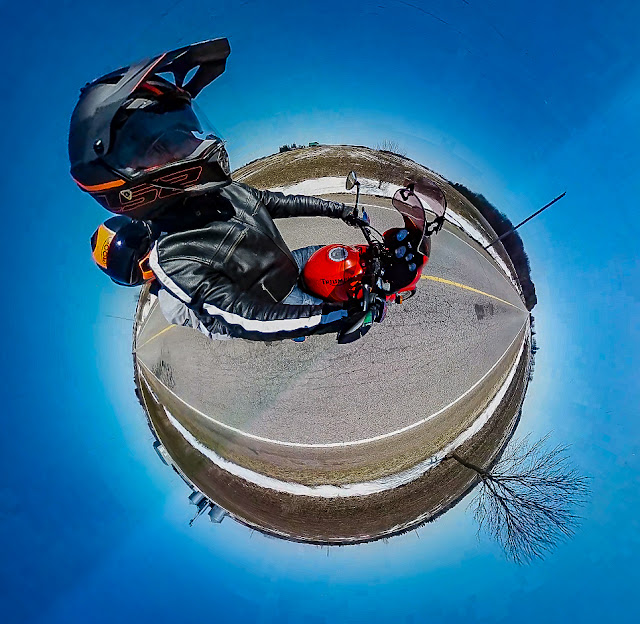 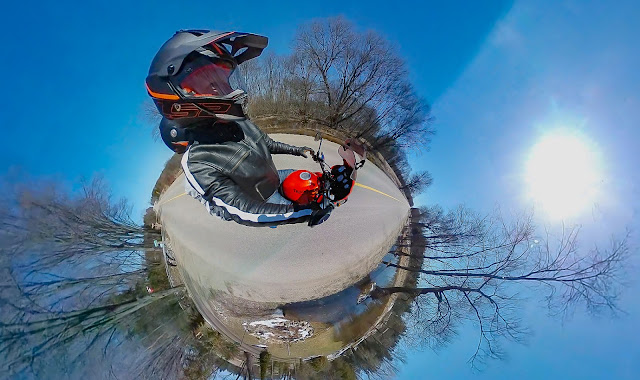 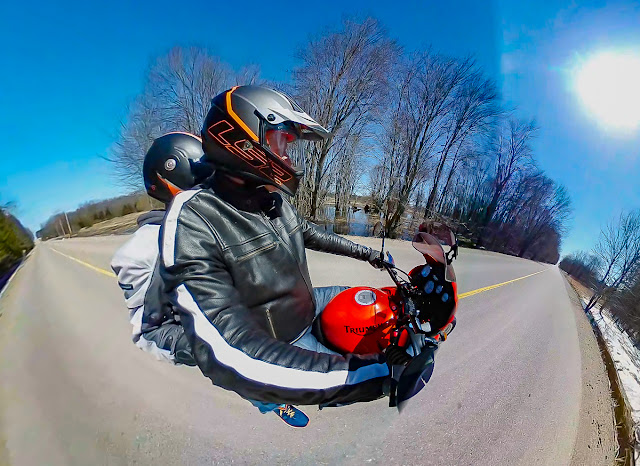 One of the few things the Samsung does well is make time lapse video fairly straightforward (I miss my Ricoh Theta).  The software Samsung bundles with the gear360 only works with Samsung phones (which I don’t have).  The desktop software won’t render 4k video at all (it ends up so blocked and pixelated from artifacts as to be almost useless).  And when you’re first importing video it takes ages for the software to open a video for the first time.  By comparison the Ricoh renders video almost instantly, has never had artifact problems when it renders and has never crashed on me (the Samsung software has crashed multiple times). If you’re patient and are ok with crappy results, go for the Samsung.  Meanwhile, here’s what I could get out of the damned thing:

This is a 360 fly video sped up, the weekend after the April ice storm: