Originally published on Dusty World in October of 2013:

I’d initially gone into teaching computer technology with pi in the sky (sic) daydreams of students working entirely on open source hardware and software that they have assembled and coded themselves, free from the evil influences of corporations.  After attending ECOO this year I’m less on the hippy open source bandwagon and more on the inclusivity bandwagon.  It isn’t an educator’s job to ignore corporate technology, but it is their responsibility not to indoctrinate students in only one particular company’s technology because it is easier or cheaper for them.  Student digital fluency has to drive technology access, not corporate carrots or teacher laziness.

I’ve noticed a real move toward the branding of education (and teachers) by technology interests.  This is almost always done to ensure their own monopolistic dominance rather than offering students the widest range of technology experience.  In order to indoctrinate students in a single means of access (in order to later capture them as consumers), many boards are locking students into company specific technology, usually because some kind of discount being offered.  Selling out student technological fluency in order to appear more cost effective isn’t very pedagogically sound. 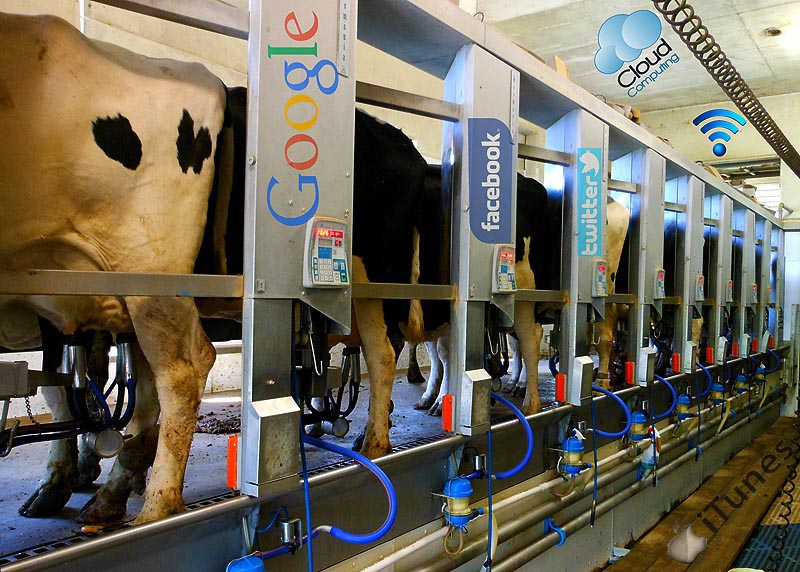 Would you trust the literacy teacher who only uses one publishing company and brandishes the logo like a qualification?   Does this not call a balanced approach to their discipline into question?  How can the same thing not be said for Google Certified or Apple Distinguished?

It’s one thing to get a professional certification from an platform agnostic professional organization that has no interested in monetizing you, it’s another to brand yourself with the name of a profit driven company that is intent on turning you and your students into revenue streams while limiting access to alternatives.

My knee jerk reaction to this is what had me storming off into the woods and getting all back to nature with open source hardware and software:

I’ve been thinking about the open source technology classroom I wish I could run.  Engineering based rather than brand based hardware with accessible, open software.  Hardware that could run free, crowd-sourced software.

Raspberry Pi is an obvious starting point.  As a way of showing students the basics of computing cheaply (it’ll run a full GUI OS with internet for about thirty bucks per student), it’s something that they can use to get familiar with how software and hardware work with each other.

I wish they’d come up with a Raspberry Pi à la mode, a 1 ghz 2 core unit with a gig of ram, hdmi and 2 usb 3.0 ports.  They can toss the video in and separate audio 3.5 jack out (hdmi has audio built in anyway).  If they could pull that off and keep it close to the same size I’d think twice about stepping up from the Pi.

It’s beyond the Pi that open source hasn’t developed enough high level hardware to take on more advanced learning environments, though having students build digital tools from a variety of components has its own value.

There are plenty of software options, but ready made agnostic hardware is thin on the ground.  This is when I started to think about systems that, while branded and corporately developed, might be focused on access to a variety of technology rather than the tyranny of one:

In the meantime, from the Pi how do you create a free range system that lets students experience a variety of operating systems and software?  The recent nano-desktop round of computers offer some interesting options.

The NUC (next unit of computing) by Intel is an engineering platform that crams an astonishing amount of processing power into a package the size of a paperback novel.  With an i5 processor and up to 16 gigs (!) of ram, this thing is a monster.  It would handily outperform any desktop in our school right now.

If we could get a NUC sorted out in some kind of student-proof Otterbox type enclosure we’d have a tough, durable, wickedly fast, open computer that would offer students a totally customizable platform for just over $400.  Presumably we could whittle that down to cost (maybe ~$300?).

Having a dock in labs that would allow students to plug their own PCs (personal again!) in would be one means of accessing the box.  Offering a plug in touch screen peripheral that could do the job of a screen/mouse/keyboard would be another avenue that would create a very powerful laptop/tablet option.  Pica-projectors would be another way to produce screens out of thin air, and they are rapidly becoming smaller and less energy consuming.

The nicest thing about the NUC is that it could work with pretty much any operating system you could want.  Students could come to class with a paperback sized computer that could boot into Apple OSx, the Windows flavour of your choice or any of a number of Linux distros (including Chromium).  You wouldn’t have Mac labs, or Windows labs, you’d have whatever you wanted/needed to boot into.

A truly agnostic hardware platform that would offer you access to any software on any operating system.

Another (cheaper) option is the Foxconn Nano PC, which retails for substantially less (only $219 retail vs. the $420 NUC).  The Foxconn unit runs on an AMD processor (not Apple friendly) but offers strong graphics performance from its (Canadian!) graphics subsidiary ATI.

It would still run any flavor of Windows or Linux you could throw at it (including Chromium) and is as svelte as the Intel option.  Education purchasing could probably get these down into the $150 range.

The real goal would be to create opensourceedtech.org and have educators themselves crowdsource an open, upgradeable, accessible hardware system that is designed to teach students about technology in all its various forms.

The chance to develop personalized learning technology would take us away from the ignorance and learned helplessness we peddle today in education and offer all technology companies a level playing field on which to ply their wares.  Our students would experience a wide range of operating environments and software as well as being aware of how hardware impacts those systems.

Imagine high school graduates who have worked on a variety of operating systems that they have installed and maintained themselves.

Imagine graduates who understand how memory, processor and storage work with software because they’ve experienced hands on changes in this hardware.

Imagine graduates who are able to problem solve and resolve their own technological problems because the breadth of their familiarity with technology is such that any new digital tool they lay their hands on isn’t a mystery to them.

Imagine students and educators who go to the tool they need to get the job done instead of having the tool dictate the job.

Imagine students who have enough familiarity with code that they can appreciate the complexity of the world we’re living instead of being baffled by it.

I was having doubts about putting corporate logos on my office windows, but I don’t any more.  Instead of taking down the Google stickers I’ve added Apple, Microsoft, Linux, Toshiba, Dell, Asus, IBM, Lenovo, Arduino, Raspberry Pi and will continue to add others.  The point isn’t to run off into the woods and live in vegan austerity on open source hardware, it’s to make all technology available to students so they can appreciate the astonishing variety of systems we’re immersed in, and not be made helpless by it.

2017 Update:  Building your #edtech on shifting ground.  Not much has changed in terms of corporate control of digital learning in four years since this was first written.