One of the pieces they had in the recent big 100th edition of Practical Sportsbikes was a 10 bike wishlist.  Being a magazine focused on older sports bikes, that’s what their lists were.  My wishlist is more wide ranging, covering everything from pre-war classics to the latest digital machines.  There is a bit of 80’s representation, but it also has a pile of other bikes both old and new.


My dream list would lean heavily on the dreams… 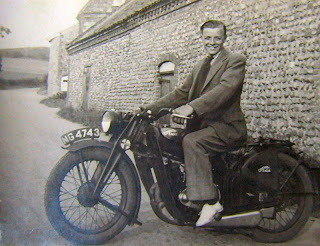 I’ve talked about my Granddad’s Coventry Eagle previously.  This particular wish involves me coming across old NG4743 in a barn and restoring it myself.  Being able to restore and ride a bike that should have been in our family for multiple generations would be a moving experience.  I saw some Coventry Eagles at the British Motorcycle Museum a couple of summers ago and got surprisingly emotional at the idea of riding one.  The most magical one would be the one Bill owned.  If you’re going to wish list, wish hard!  I couldn’t begin to guess what this would cost as it probably doesn’t exist. 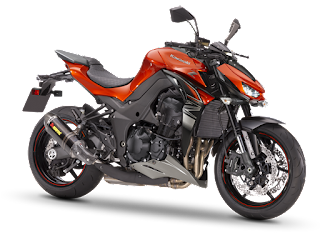 
There are a number of modern bikes that have caught my eye.  A consistent choice has been the shamelessly anime inspired, Sugomi designed Kawasaki Z1000.  New ones go for about fourteen grand Canadian.  I’m partial to the orange one from a few years ago.  There is a low mileage one in Drummondville, QC for about nine grand.  As modern naked bikes go, this one is big enough to fit me and scratches every Robotech Cyclone anime dream I had as a kid.  The only thing better would be if it could transform into battloid mode – and it looks like it might. 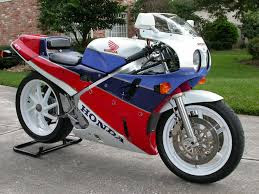 Most of my 80’s bike fantasies revolved around the Honda Interceptor.  The VFR-750F RC30 came up on many of the Practical Sportsbike lists as well; it’s an ’80s kid’s dream superbike.  Because it hits that nostalgic twang, it’s now a collector’s item and an expensive proposition, but hey, this is a dream list!  Something like this would allow me to maybe edge into vintage racing and track days, though both things are pretty thin on the ground in Ontario.  The RC45 race bike derivative would be an even better choice for vintage track riding. 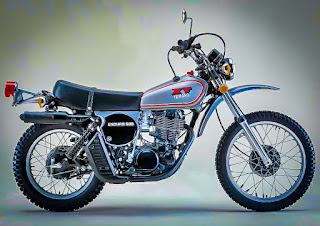 
Another nostalgic choice would be a twinshock trail bike that I could use in vintage off road events.  I’ve thought about trying to get my father-in-law’s old Suzuki, but he sold it on and I’d probably end up paying more than it’s worth to get back.  Thanks to Henry Cole and crew, I’ve got a soft spot for Yamaha XT500s.  A restored XT would let me pursue silly things like classic enduro rallies and the V.I.N.C.E..


With all the research into World War 2 I’ve been doing, the Triumph Speed Twin keeps coming up as a huge leap forward in two wheeled technology.  If I were to own a pre-war bike, this would be a more likely dream choice.  Perfect versions go at auction for $24k+ Canadian.  I’d be happy with a less perfect bike that I could actually use. 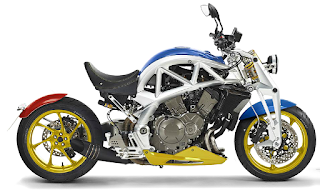 
The Ariel Ace is one of those bespoke and bizarre machines that could only exist for me on a dream bike list.  Since first seeing the almost architectural design of the Ace’s girder front forks and trellis frame, I was smitten.  The Ariel uses a stock Honda motor but is otherwise a custom machine that you can design to your own wishes.  At £24,950,this is very much a dream list bike. 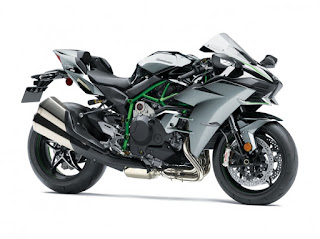 
The Kawasaki Ninja H2 supercharged superbike is an unbelievable piece of engineering.  Since the first time I saw the state of the art processes Kawasaki uses to mold the supercharger to hearing it break the sound barrier while spinning, I was a fan.  This dream bike is north of thirty grand, but it’d let me maybe see the dream of 200mph on two wheels, all while listening to that supercharger chirp. 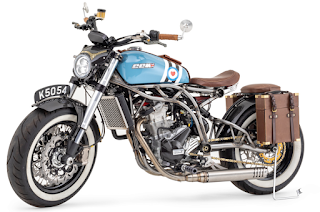 
CCM’s Spitfire custom model comes in a variety of styles, but my favourite is the classically styled Royal Air Force Benevolent Fund Spitfire.  This 600cc customized thumper is a lightweight thing that looks like it would be a blast to ride on twisty roads.  As a modern bike with classic styling, it would fill a niche in my dream garage that nothing else does.  £18,000 isn’t cheap, but dream list, right? 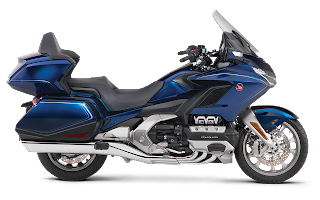 Say what?  A Goldwing?  One of the functions of my dream bike garage would be to participate in as many different kinds of riding as possible.  Of all the big touring bikes, Honda’s new, lighter Goldwing is the most capable all-round tourer there is, and it’s Honda bullet-proof.  Another bike north of thirty grand, it’s something that would only be on a dream list, but it means I could take a happy pillion with me and tour like we mean it. 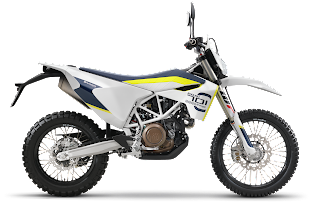 
Husky’s 701 Enduro is an off-road capable bike that’ll also handle the roads needed to get you to the edge.  This would be another one of those bikes selected to let me experience a specific kind of riding.  The 701 only weighs a bit more than I do but is a big, capable off roader that would fit me, keep up with traffic when needed and still be able to off road.  At about $14,000 Canadian, it isn’t a cheap dream off roader. 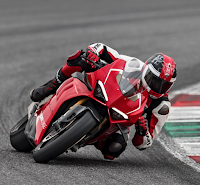 I feel like I’m missing a modern track day bike.  A Honda Fireblade or Yamaha R1 would be on my shortlist for that duty, though with no Ducatis in the mix here, the new V4 Panigale R would probably win dream bike wishlist status over the more mundane Japanese choices.  I might be convinced to swap the Z1000 out for that.


I’m also partial to weirdness, and a sidecar outfit would scratch that itch.  I like older styled outfits, so a Royal Enfield or classic modern Triumph with a bullet sidecar would be a cool thing to add into the list, perhaps after swapping out the XT500.  I only leaned toward the Goldwing as a touring option instead because you get to lean on the Honda.

Rather than go the Husky route, a stranger choice there might be getting a Lyndon Poskitt rally bike made.  At thirty to sixty thousand Euro, they aren’t cheap, but that’s what a dream bike list is all about, right?


I’ve managed to cover a range of bikes from the early 1930s to the latest models.  With a sweep of almost ninety years and what are some truly weird options, I hope I’ve managed to express just how diverse and strange my motorcycling proclivities have become.  My final list would include bikes manufactured in England, Japan and Europe and range in price from pretty accessible to pretty much unattainable.


If nothing else, a dream bike list lets you stretch your expectations and expand your considerations around what you might ride.  From doing the Distinguished Gentleman’s Ride on my grandfather’s Eagle to seeing the wrong side of two hundred miles per hour on a supercharged dream machine, for me the dream stable is about opening up possibilities rather than creating a museum exhibit.