With winter reluctantly letting go of our necks, I’ve been able to sneak the odd ride in amidst the ongoing ice rain and snow.  I recently got a Ricoh Theta V.  This has the same camera and resolution as the previous (and much cheaper) Theta S, but has much better in camera processing that allows it to take 4k video and make photos without as much lag.  What that means for the ongoing on-bike photography experiment is that I’m able to capture photos faster and catch moments that might have been missed before.  I mainly focus on still photos doing this, but I’ll eventually get around to taking some 4k video as well.


For the past month or so I’ve been able to sneak out between wintery blasts and catch some early on-bike shots using the mounting rig I built last year (a flexible octopus gripping tripod and an extended threaded rod that allows me to place the camera further away from the bike).  Here are some shots from the ThetaV: 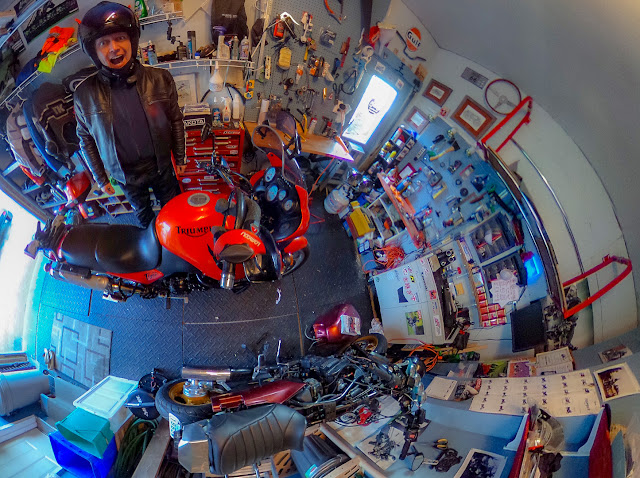 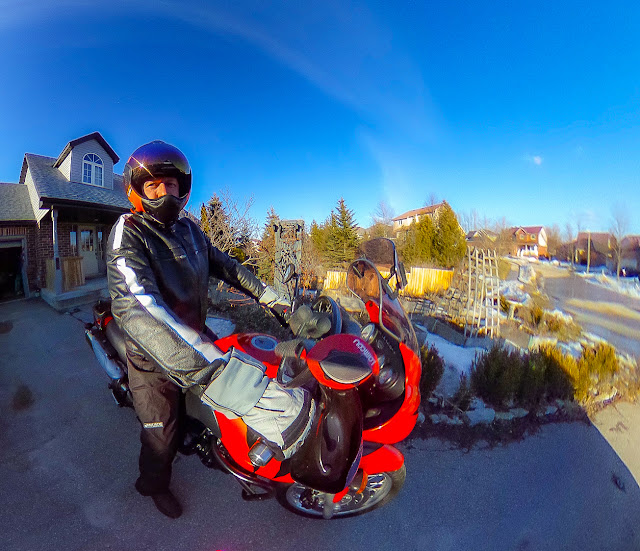 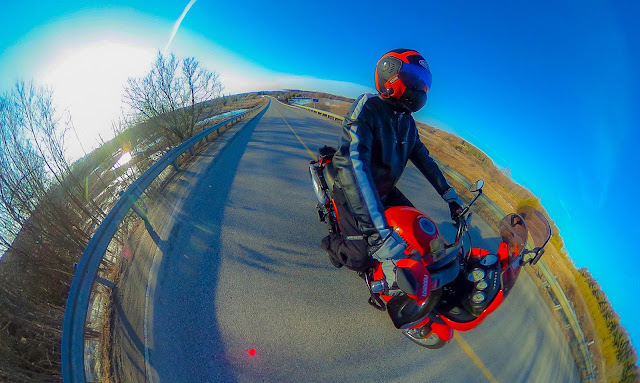 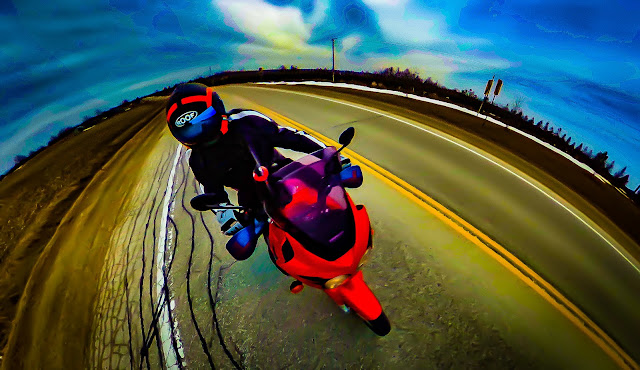 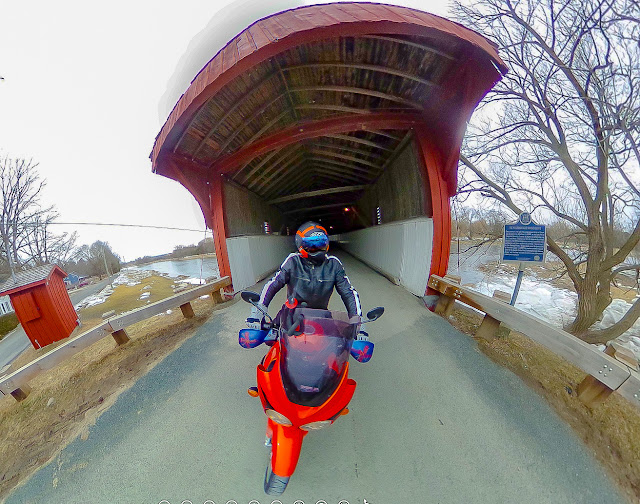 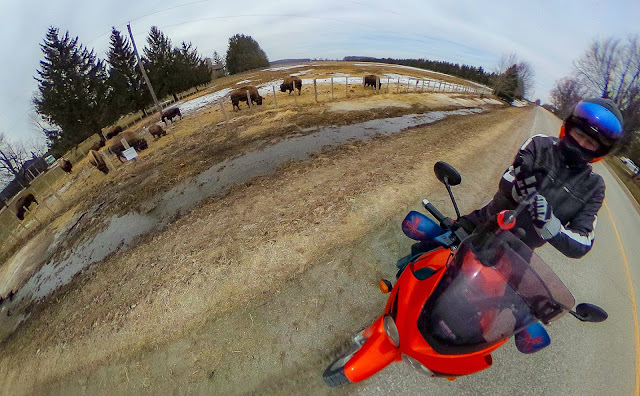 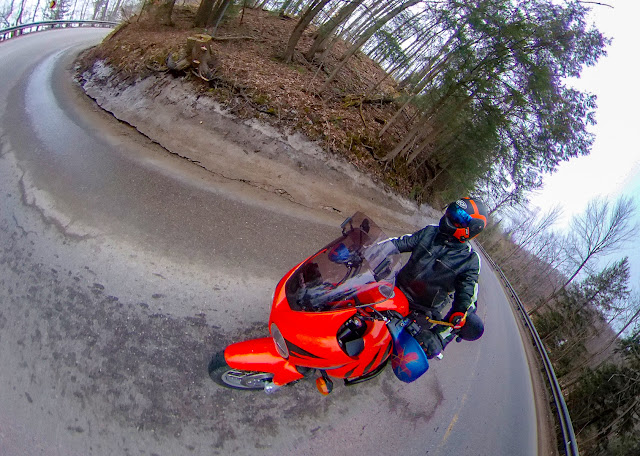 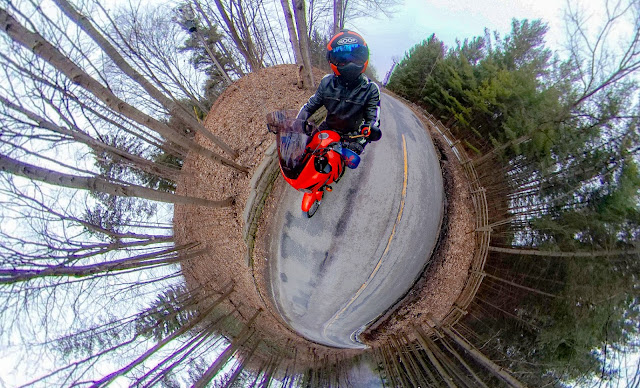 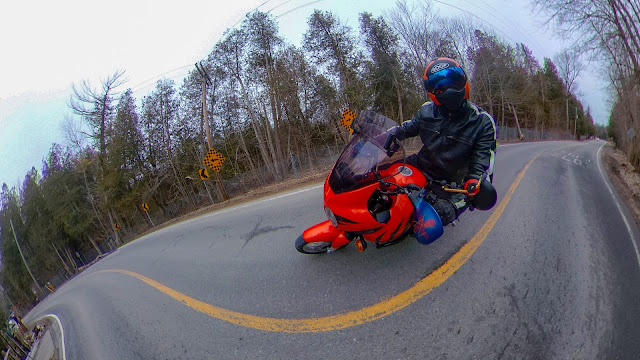 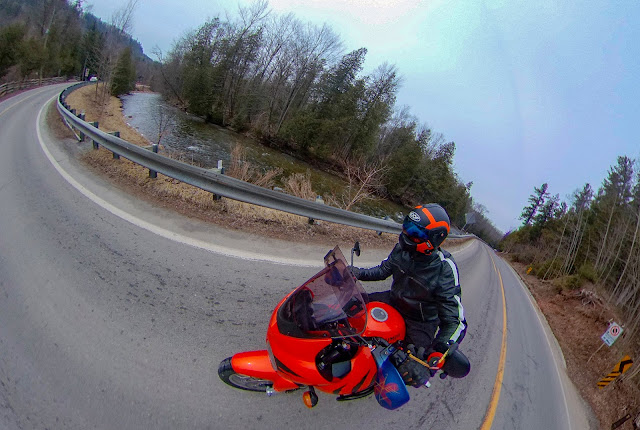 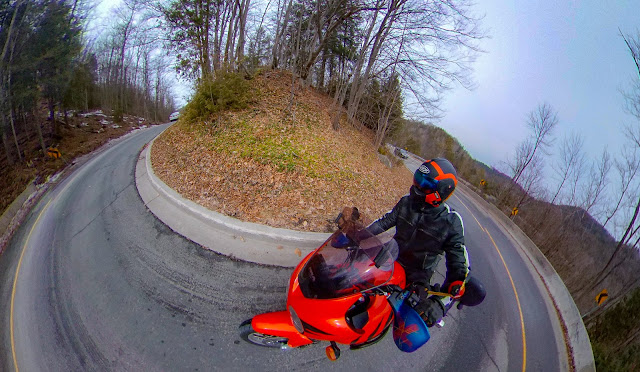 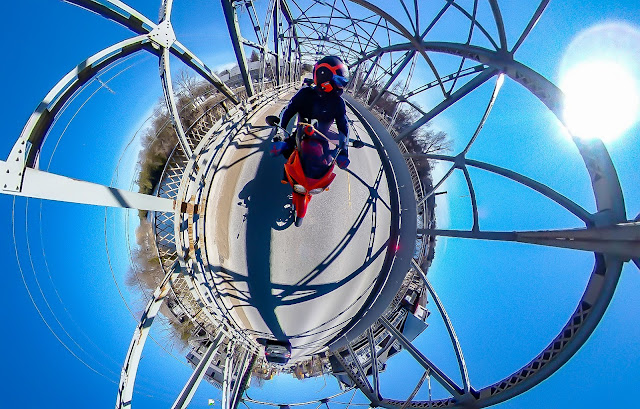 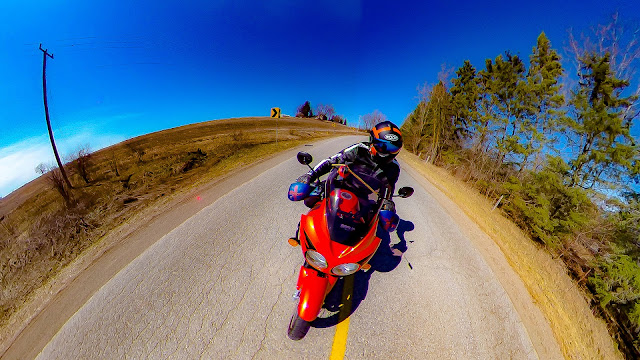 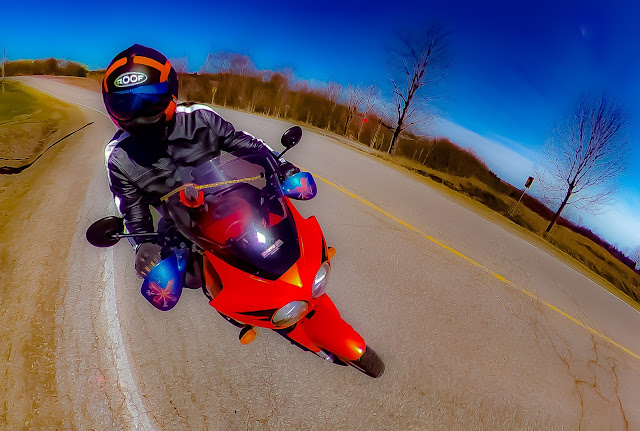 Photos in this set run from March 24th to April 13th. Even last weekend I was still seeing patches of snow in ditches, though last Saturday was the first time I got back from a ride and didn’t have to wash all the salt and crud off the bike before putting it away.  It’s still fleece and leathers season if you’re riding in Canada in early spring.


As always, Photoshop and Lightroom do a good job of picking out details that can often be quite dark when they come off the Theta.  I typically screen grab images at about 1080p after framing them in the Ricoh software, which lets you move around within the image and find the best angle.  I’ve been able to collect higher resolution images off a 4k monitor.  The software for the Theta is very screen focused.  It’d be nice to have a maximum resolution option for print.


In addition to the photos, I’ve got some more digitally abstracted shots that head more into art than photography.  I still think this is a great way to catch the dynamics and immediacy of riding.  I’d love to be able to test the process in more extreme riding conditions, like at a track day. 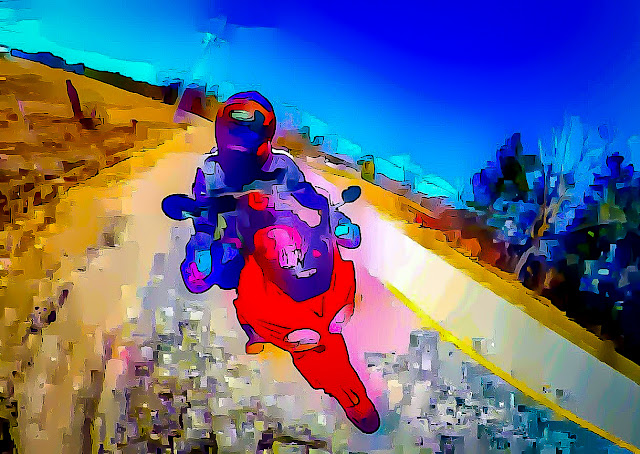 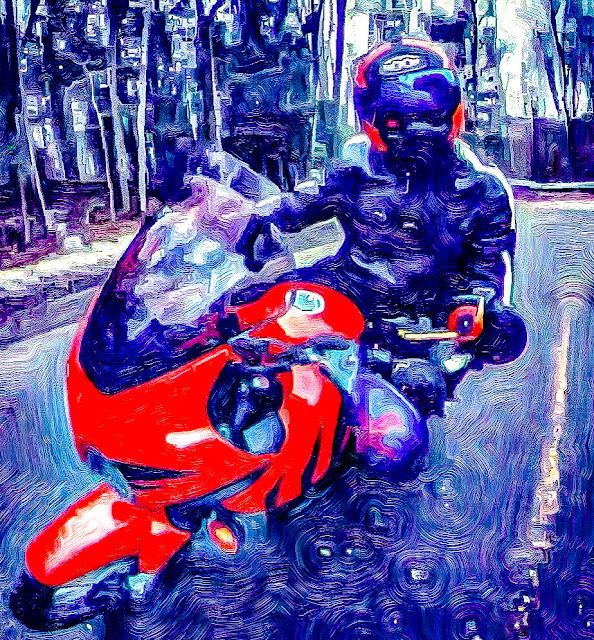 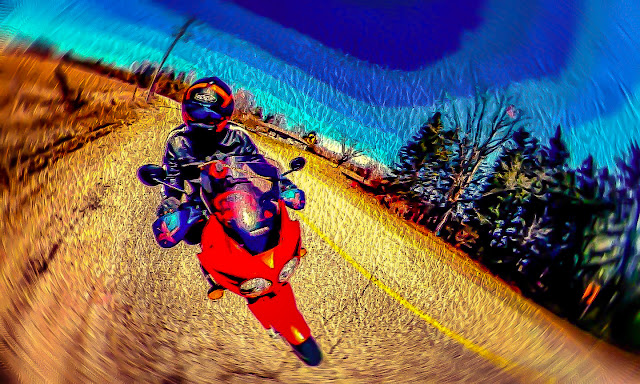 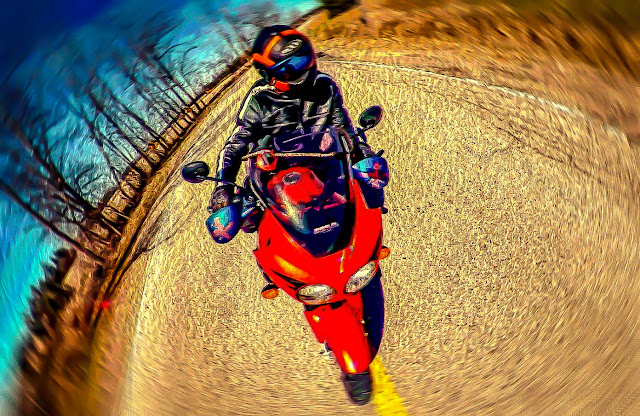 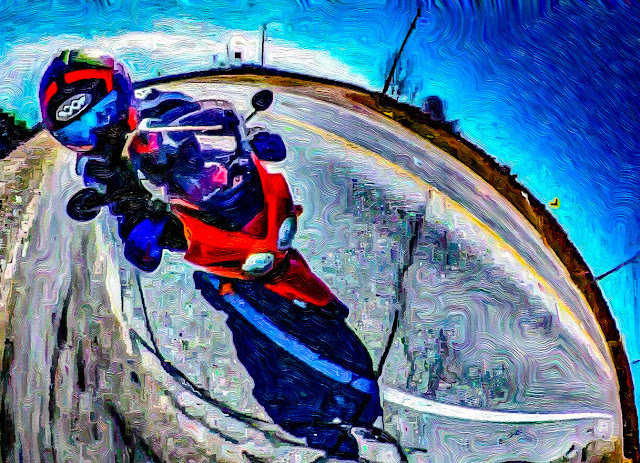 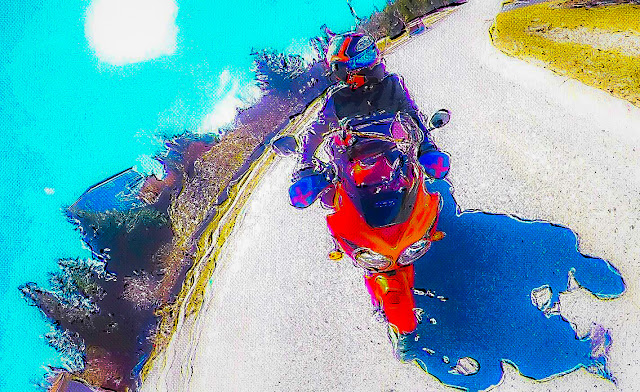