On the bike I tend to pay very close attention to people piloting the boxes around me, mainly because they can quite easily hurt me.  That close attention has shown me that a surprising number of drivers (anecdotally more than half) are in a constant state of surprise.  They jump when they notice someone walking down the sidewalk, they start when a light changes in front of them; they are permanently startled by everything around them.

These jumpy people must be exhausted when they get out of the car.  I wonder if they are equally surprised by everything when they go for a walk.  Perhaps their subconscious is just continually reminding them that this driving thing is a bit more than they can manage.  Next time you’re riding or driving try to consciously register how often you’re surprised by events around you.  It’ll say something about how well you’re doing it. 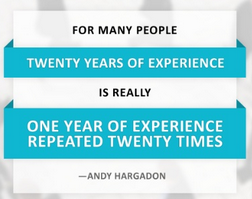 When I started driving I found that my mind wandered and I wasn’t always paying attention to what I was doing.  After an accident (not entirely my fault, but I could have avoided it had I been paying better attention) I made a promise to myself to make driving the priority in my mind when I’m at the wheel.  I developed a relaxed, alert driving style that allowed me to take in what was around me while also being able to respond to it quickly and smoothly.  When I did something wrong or found myself in a bad situation, I’d consciously review it and ask myself how it got like that and try think of alternatives for the next time.  It took me a long time, some advanced driving courses and some track time to get me where I wanted to be in terms of driving, but I don’t look surprised or start at everything I see like a rabbit in a field.  I suspect most people are lost in thought when driving matters interrupt them, and if something bad happens embarrassment forces them to ignore it rather than critically review it.

If you don’t make a conscious effort to develop a skill it atrophies.  Practice by itself isn’t improvement.  In many cases it’s just reinforcing bad habits, which is what I see every day when I’m closely watching the habitual people around me with years behind the wheel driving in a constant state of shock and awe.

When you consider that the last time most drivers made an effort to learn how to drive was when they needed to get a license, many of them are not only trapped in bad habits but have also forgotten what little they did pick up years ago.  Bafflingly, insurance companies award these ‘expert’ drivers with lower rates.  There is nothing expert about them.

People often say that riding a motorcycle on the street is a dangerous business and they aren’t wrong.  Getting hit by a startled rabbit in a three ton metal box is gonna hurt no matter how startled they are.  The trick is to see the rabbits and give them enough space to drive badly, it’s all they know how to do.