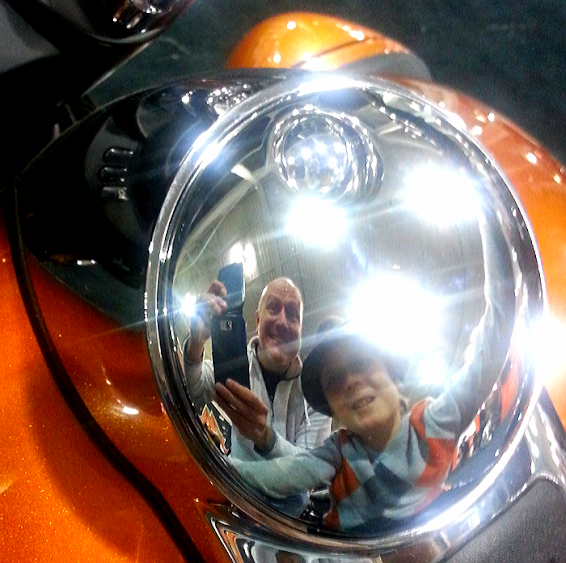 This was my son and I’s second go around at the big, messy NAIMS.  It feels more like a jumble sale than a bike show, but we have a good time storming around the International Centre in Mississauga.

This show’s best attribute is its timing.  Just as everyone is getting snowed in and a bit stir crazy along comes this ludicrously large motorbike extravaganza to satisfy all appetites.

We did it backwards this year, wandering around the clubs and smaller vendor hall before pushing through the big halls and finally getting to see the custom bikes (we missed Hall 5 last year).

It was nice to talk face to face with a fellow CoGer (they had a stand).  It makes me want to get out to one of their local meetings.  That they don’t dress like pirates (which seems to be a thing with many of the other clubs) ingratiates them to me even more. 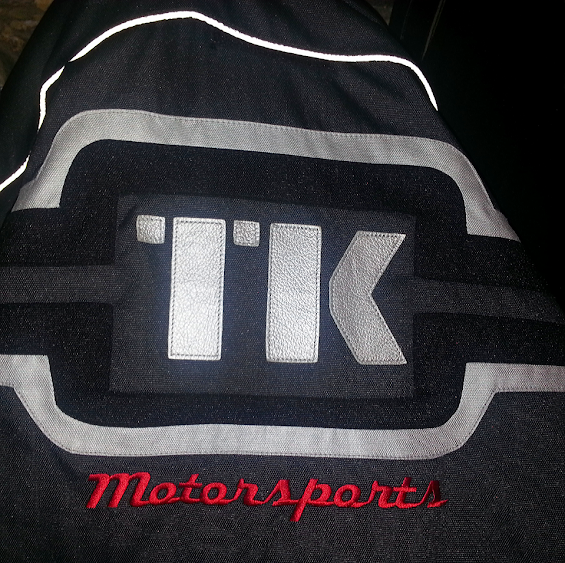 Ironically, both times we’ve purchased things at this show we’ve done it from Two Wheel Motorsports, our local dealer.  One of the instructors from my motorcycle licensing course works there and he always remembers me, which is some good customer service.  This time around I stumbled upon an armoured jacket that happened to have my initials on it.  $100 for a $270 retail jacket?  Nice.  My son also got some iron man coloured leather gloves ($50 retail, twenty bucks at the show) that he was very happy with.

NAIMS is definitely good for shopping, though many of the larger retailers there didn’t seem to be offering prices much different than on their webpages.  It’s also pretty much the same gear over and over again.  If you’re looking for something a bit off the beaten path (like ROOF helmets?) then you’re outa luck. 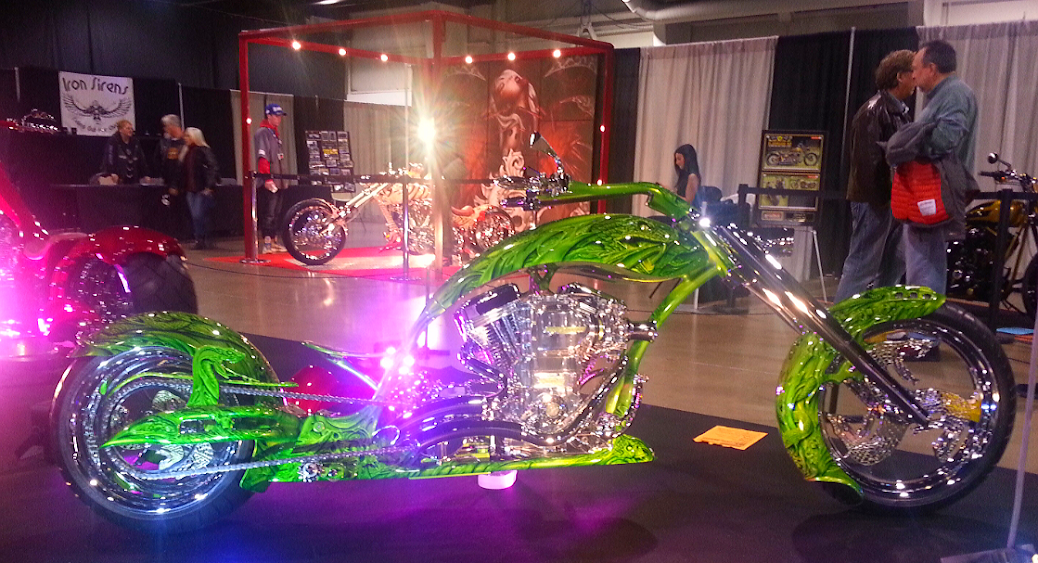 The custom show in Hall 5 out back was full on bizarre.  Some beautiful paint on some plain ridiculous bikes, Hall 5 is where the pirates with disposable income go!

We enjoyed the show, but once again, grumpy old men selling Victory Motorcycles growled at my son when he tried to sit on one… it’s always a good idea to bring a bike to a show and not expect anyone to sit on it.  Once again, Kawasaki and Harley were the only two manufactures that showed up and provided bikes you’re expected to sit on.

The Toronto Motorcycle Show comes along in February down at the CNE.  That’s the one you want to aim at if you want to actually sit on bikes.  We’ll be there ready to sit on everything!