Last summer we went to England and picked up a SIM card and an astonishing 30gigs of data for about $38.  We currently pay about $35 a month for 0.5gigs/month in Canada – prior to that we were paying over $80 a month for a gig each as part of a package deal.  For that month in the UK we felt like we were drinking from the fire hose.  We turned our phone off drip data and discovered what modern smartphones are really capable of.  Canadians are so used to breathing their data through a straw that anything else seems like a trick.  You have to wonder what that’s doing to our global competitiveness in a connected world. 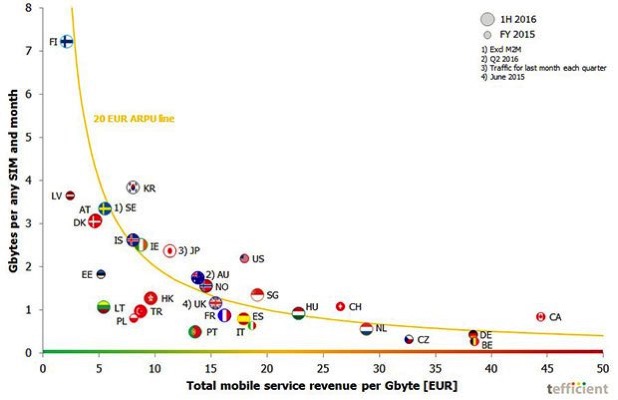 I’m currently out in the Maritimes and managed to run out of data in a single day when the ferry wifi I was on crapped out and Facebook decided to pump a high def video through 4G instead of waiting.  Facebook takes no responsibility for this (I found an option 3 menus deep to prevent it happening again), neither does my phone manufacturer or Canadian telecom, the people actually responsible for this mess.  Canadians live in a constant state of data starvation as they enjoy one of the poorest cost to performance telecoms in the world. 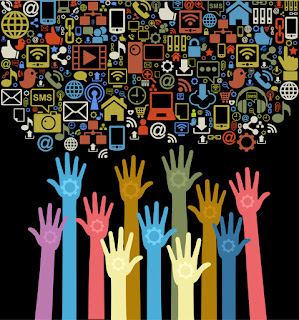 What’s interesting about data starvation is what it does to the quality and focus of your thinking.  Rather than spontaneously share what you’re doing, you’re spending time and energy wondering if and when you should.  Instead of collaborating and connecting you’re intentionally isolating your thinking.  Instead of creating and expressing you’re silent.  As someone who uses digital connectedness for professional and creative communications, I wonder how many good ideas are forgotten and lost in Canada’s data desert.


I was talking about this with Alanna and suggested a way out:  don’t believe that what you’re doing needs to be shared in the moment you’re doing it.  That lets you send data when you’re able, but she made a good point: don’t regret your impulse to share and speak your experience as it happens… doing otherwise diminishes the quality of that shared experience, but diminished quality is our default setting in the Canadian data desert.


I got into an argument with someone recently about reducing carbon emissions.  His angle was that Canada has unique circumstances (large country, difficult climate, low population), and so shouldn’t have to participate in carbon reduction, even if it is a world-wide emergency.  My response was that every country has unique circumstances and challenges and if we use that as an excuse to not do anything we’re all doomed.  The same arguement has been applied to Canada’s telecom sector – large distances, challenging geography, low population, but rather than develop emerging technologies to try and resolve these challenges, Canada has adopted a protectionist system that looks after big business profit lines and creates one of the widest digital divides in the world.


The digital divide is deep and wide in Canada
“income disparity plays a role in determining whether or not Canadians are connected online. Findings show that 97.7% of households that reside within the highest income quartile have high speed internet access, while only 58% of households that reside within the lowest income quartile possess access to the internet at home”
Even relatively wealthy students in my school have trouble finding reliable high speed internet because Canada doesn’t put much focus on last mile connectivity.  We have fibre backbones, but when it comes to connecting people to them, especially in rural circumstances, we don’t bother.  This isn’t even a particularly rural example, the students I’m talking about live less than half an hour from Google headquarters in Waterloo, but that’s how limited Canada’s final mile ICT infrastructure is.


My argument on the climate emergency is similar to my argument for Canadian telecom:  this is an engineering challenge that Canada as a whole can benefit from if we resolve it ourselves.  The technology we develop to help solve our unique challenges will be so efficient that the rest of the world will eagerly buy into it.  What we’re doing instead is the worst kind of hypocrisy as we wait to see what others develop and then buy into it as cheaply and unequitably as we can. 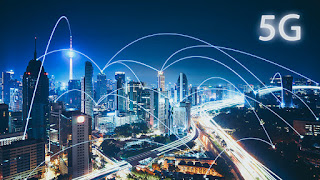 There is a lot of buzz about 5g wireless standards and how these can revolutionize our lives.  This high speed connection prototcol will allow us to communicate with each other in a richness (think virtual reality and other high bandwidth media) that is simply impossible at the moment, but not in Canada.  Most of the country won’t see it at all, and if you’re unlucky enough to live in a city that has it, your 1gig a month Canadian data plan would use up all its data in less than a second – yep, it’s that quick.  Perhaps Canadians can go on holiday to countries that are actually well connected in order to enjoy this emerging technology:  a data holiday.


As we’ve moved across the Maritime provinces this summer, the effectiveness of Canada’s ICT infrastructure has been cast in a rather harsh light.  Less than half the restaurants that offer connectivity actually have it working.  When they do the throughput is often slow to non-existent.  In a country that doesn’t offer usable celllular networks (which themselves came in and out of effectiveness) due to  some of the harshest data caps in the world, the wifi pool can become a cost effective way to draw customers into your business, but most small businesses can’t seem to manage even this simple piece of ICT infrastructure.


This really came to a point on Cape Breton Island in northern Nova Scotia where we had no cell service and no wifi at the hotel (though it advertised it as a service).  There is a part of me that enjoyed that disconnection.  Suddenly I couldn’t work on my Cisco Netacademy Cyber Operations course and I certainly couldn’t teleconference in to our weekly meeting with our teacher.  There’s something to be said for giving up on digital data entirely and disappearing into the world, at least for a few days… 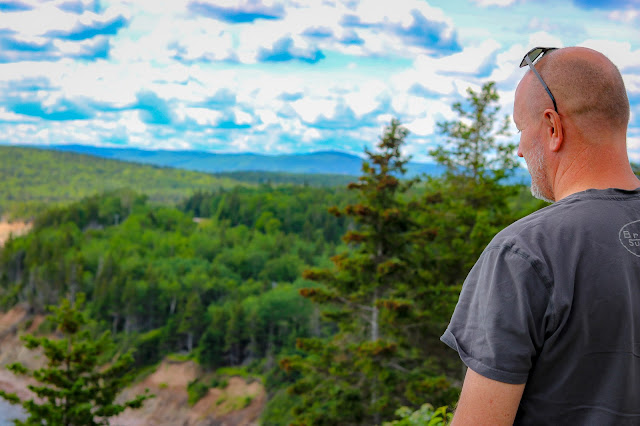 What was strange was returning to the half world of lousy Canadian ICT infrastructure.  In this broken landscape I somehow managed to blow through my entire data plan in a single morning, probably as a result of trying to use the hotel’s not-working wifi the night before.  We got to the ferry to PEI and got on that wifi only to have it flake out on us.  My phone, still trying to catch up on all the things I’d been trying to do in Cape Breton before I gave up and turned it off managed to burn through my entire data plan in a single morning when the wifi dropped.  In talking to my wireless provider I got the typical Canadian telecom response, “yep, that’s too bad, you’ll see a big data charge on your next bill.”


Being completely off ICT infrastructure is rewarding in its own right – it’s one of the reasons I ride a motorcycle, to be off line, but trying to be on it while travelling in Canada is exhausting, and frustrating, and points to a future where the world will be collaborating and helping one another while too many Canadians don’t bother because of the cost and difficulty involved.  We really need to start doing better, especially in that final mile infrastructure and in helping businesses provide usable and cost effective connectivity for their clients.  So much marketing is word of mouth now on social media that you’d be crazy not to apply marketing budget to stable connectivity in order to encourage people to spread the word about what you’re doing.  The federal and provincial governments should be supporting municipalities in helping their businesses get connected effectively. It’s 2019 for goodness sakes!


LINKS:
The digital divide in Canada (StatsCan)
Northern Connections: Broadband & Canada’s digital divide
CATA Alliance: advancing Canada’s competitive innovation ranking
CWTA: the network is fast where it exists, but poor final mile and data capping prevent it working for too many Canadians.
Canadian Government and Industry push for 5G (but only for city dwellers)

Harry Potter Wizards Unite:  my wife is playing this at the moment (think PokemonGo but with Harry Potter), and loves it.  It got her walking again after cancer surgery and keeps her connected with people as she recovers.  On our lousy Canadian telecom she managed to blow through a month of data in a week on it.  We’ve since finessed it to not cost us $50 a month in data, but software developed around the world isn’t defaulted to run on Canada’s ‘unique’ and heavily capped wireless infrastructure.  I imagine Canadians are paying tens of thousands of dollars in overages playing this game, so that’ll be yet another emerging medium we can’t participate in properly.