I borrowed a 360° video camera from work to see what it could do.  This one is Ricoh’s Theta, and it produces some astonishing results (you can move the point of view around with your mouse as you watch it):

On occasion I teach media arts and one of the key aspects of that course is considering point of view in the media you create.  These 360° cameras ask some challenging questions around how camera operators will present point of view in the future.  At some point we’ll be telling our grand kids that we once all watched the same movie at the same time and they’ll look at us like we’re old and backwards.

Immersive video like this means the viewer tells the story by controlling their own point of view.  You can watch the bike going down the road, watch me on it, watch what the other traffic is doing – it’s a different video for each person who views it.

When you upload this to youtube it’s a big file.  Youtube throws up a low resolution version very quickly, but if you give it some processing time you’ll eventually get access to a full 1080p version, which offers impressive detail in all directions.

For three hundred bucks Canadian the Theta does things the more expensive GoPro can’t.  It isn’t as tough as the GoPro, but forty bucks will get you a waterproof case that resolves that.  If you’ve never tried 360° video, the Ricoh Theta makes for an easy introduction.  I wish I had it for more than a short term loan!

It also does a good job of 360° photography:

trying the photo app on the phone with the 360° Ricog Theta.. – Spherical Image – RICOH THETA 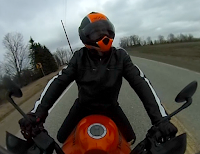 For the video above I clipped the camera to the windshield with a rubber clamp.  It’s so low profile that the wind had no effect on it.

Below are some screen grabs from the video that show the native resolution of the video in the Ricoh app.  In that Ricoh software you can zoom in and out of the 360° image as well as pan around it.  This is as close as I’ve seen to the Bladerunner photography tool Harrison Ford uses – you can use the video or photo to actually explore the scene you’re looking at. 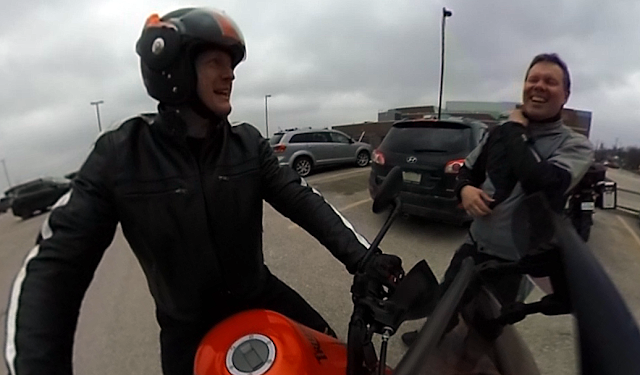 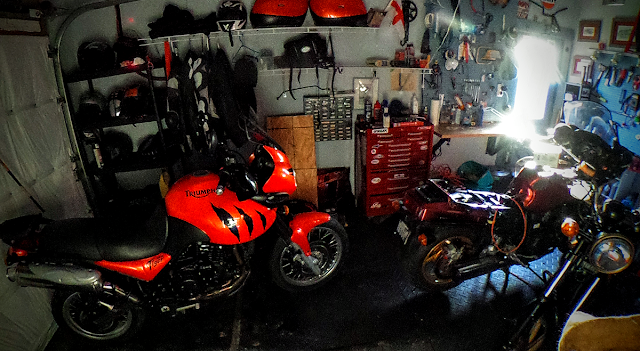 You can get some pretty interesting perspectives and abstract images out of this kind of camera: 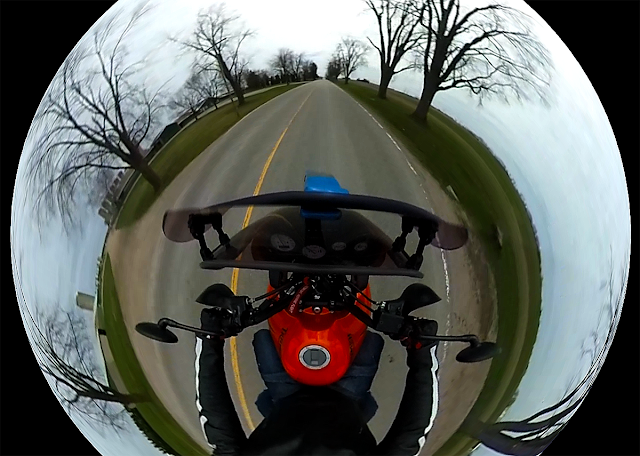 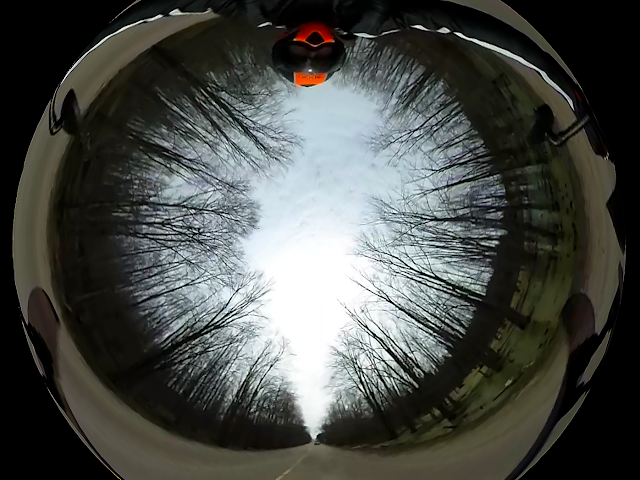 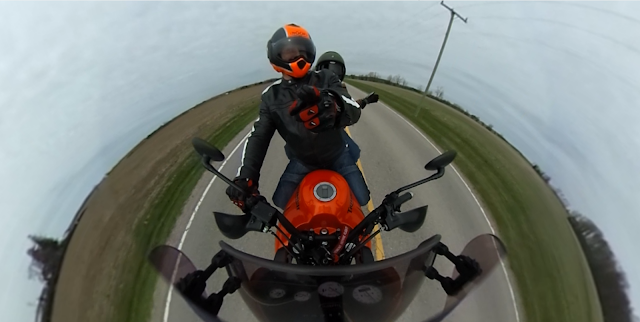