There aren’t many opportunities to ride motorcycles when you first start out.  If you’re a new rider buying even a second hand bike generally happens without a test ride.  Based on very loose ideas of what fits and the advice of others, you wind up on a machine with little or no idea of how it might work with you.  I purchased my Ninja 650 without test riding it and I often wonder if I would have had I a chance to ride other bikes.

This past Saturday I spent most of the day at Two Wheel Motorsport in Guelph riding a variety of bikes from Kawasaki Canada.  Kawasaki’s demo-days lets you sign up to ride your choice of pretty much their full range of bikes, and it only costs you a donation to the Canadian Cancer Society. 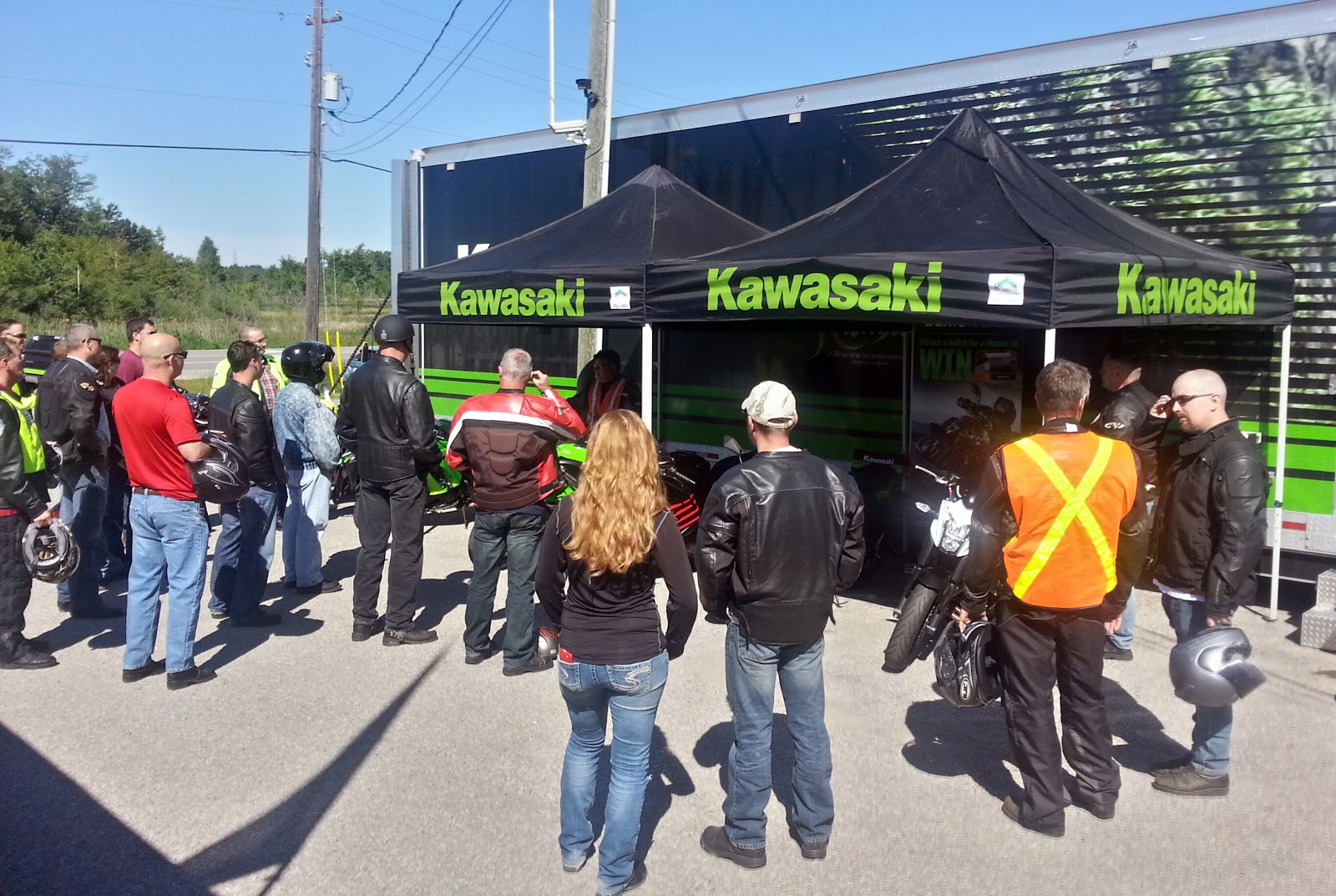 The demo-day setup is a well oiled machine with a Kawasaki trailer set up along with tents to cover the bikes.  After a briefing on what to do if separated and the expected ‘don’t ride like a fool’ safety talk, you’re ready to go.  The ride is 20-30 minutes and took us through country roads, small towns and offered some twisty bits as well as opportunities to open up the bikes.  One of the safety tips before we began was to not grab a handful of brakes if you’re coming off an older bike.  The more athletic machines have such good brakes that you might launch yourself if you grab them too hard.

After the ride you get a debrief and chat with the Kawasaki people there who are very responsive to rider feedback, often taking notes on what people are saying.  Apart from the opportunity to ride all of these new machines, it’s also nice to see a company so interested in getting ground-level rider feedback.

The people at the demo-rides ranged from early twenties to seniors and on some of the rides there were as many female riders as male.  Some people went out on the same kind of bike that they rode in on, others were obviously looking to try something specific, and then there were the few ding-dongs like me who just wanted to try as many different bikes as they could.

I ended up riding everything from a Z1000 naked sport bike to the all rounder Versys and even a little Ninja 300.  I’ll go into details on subsequent posts, but I’ll end this one saying, if there is a demo-day going on in your area, head out for a couple of three hours of riding that will expand your appreciation of just how different motorbikes can be.  If they’re all run as well as Kawasaki’s was, I’ll be heading out to others at earliest opportunity!