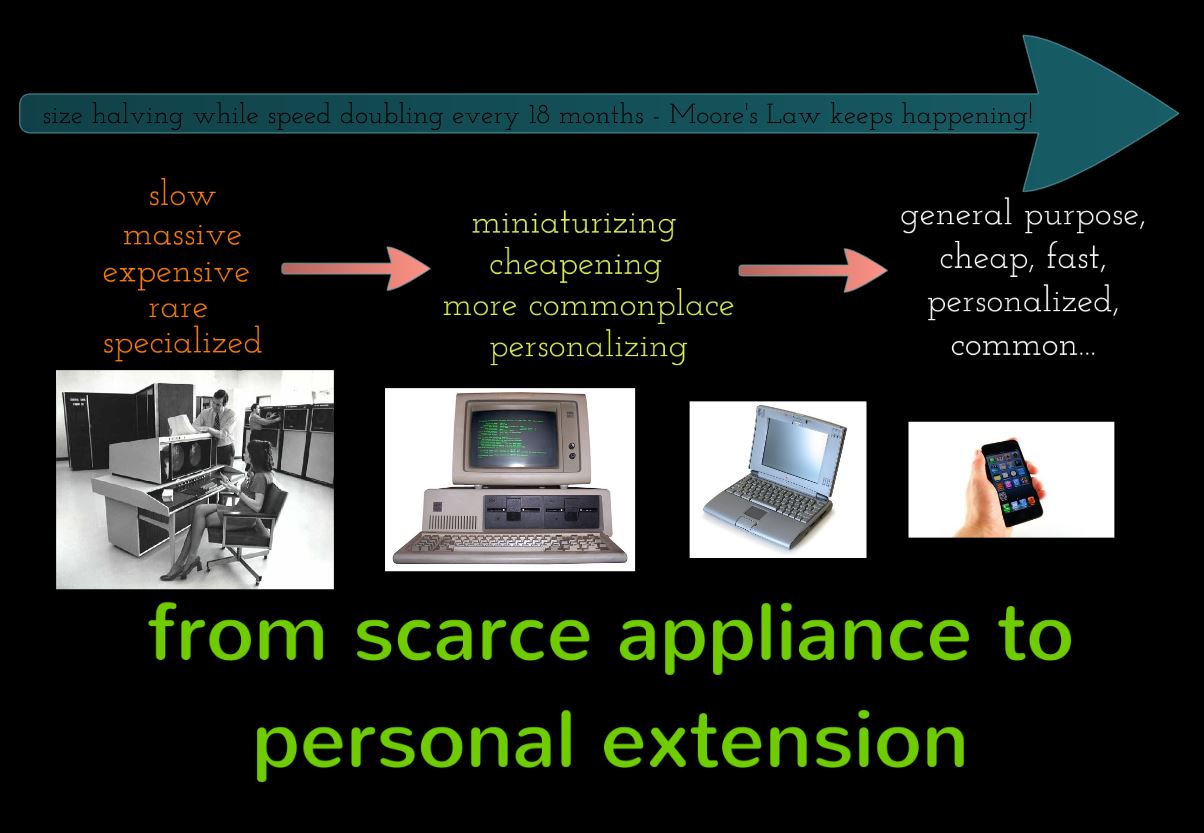 Here we are at the beginning of 2012.  Our board is having a learning fair at the end of the summer (9 short months away) and they are looking at 21st Century learning and technology as a focus.


My suggestion is three years of time travel.  It doesn’t sound like much, but at the current rate of change, we’re stretching the boundaries of reasonable speculation pushing even three years out.  What will our class rooms look like in 2015, if we moved with the technology?   Looking back might give us a clear idea of how little we may be able to guess!

The economy was on its knees, a radical new voice was about to be sworn in south of the border, and gas prices were about to leap and then leap even higher; peak oil panics abounded.  BRIC countries were in huge growth while the old democracies fed their young to capitalist bandits.


Three years ago, Facebook was in its massive growth phase and wasn’t a habit so much as a new sensation.  Tablets were an in-joke on the Simpsons from the ’90s, and Apple was still a year away from getting it right with the first ipad.  There was no tablet market as such.


Netbooks (net what?) were the new and exciting technology craze, what everyone thought would make personal computing affordable, portable and available to everyone.  An obvious way to keep tech moving forward as the entire banking system fell into disrepute.


Smartphones were still half screens with keyboards, and ruled by RIM.  An exciting new phone by a company called “Palm” was the buzz at CES2009 and Microsoft evidently once made a Mobile Windows OS for phones!  The first iphone was a year old, stratospherically priced, attached to a single provider and had a new app store with no apps.  Android wasn’t even a glimmer in Google’s eye.


In 2009 our school was in the process of installing wireless internet, but it was still a year away from being stable enough to use (and is still a poor second place due to bandwidth issues).  Everyone in the school used a single core, IBM/Lenovo, board desktop etherneted to the wall, if they used one at all.  Less than 1 in 100 students brought their own laptops to class (though more and more were beginning to bring netbooks, though they couldn’t use them online because they weren’t allowed to plug in to the ethernet).


Walking in to an old-school, centralized IT environment did not seem so silly in 2009.  The network ran on board owned machines in a closed system.  Other than email, cloud based storage was unheard of.  It was a long three years developing UGDSB’s Google Cloud project; it was non-existent in 2009.

Things have zigged and zagged in surprising directions.  Game changers like ipad and Android and the abject failure of the biggest technical buzz item of 2009 (those netbooks) show that there are some changes that sweep through our digital ecosystem so quickly that they are impossible to foretell.


Having said all that, I’ve been hammering away at ideal directions in Bring Your Own Device (BYOD) and multiple ecosystem technical learning environments for months now, and think I might be able to take a viable stab at it.

I only hope my colleagues are willing to jump into mix with me.  We could contribute to yet another real step forward in our board’s technical evolution: 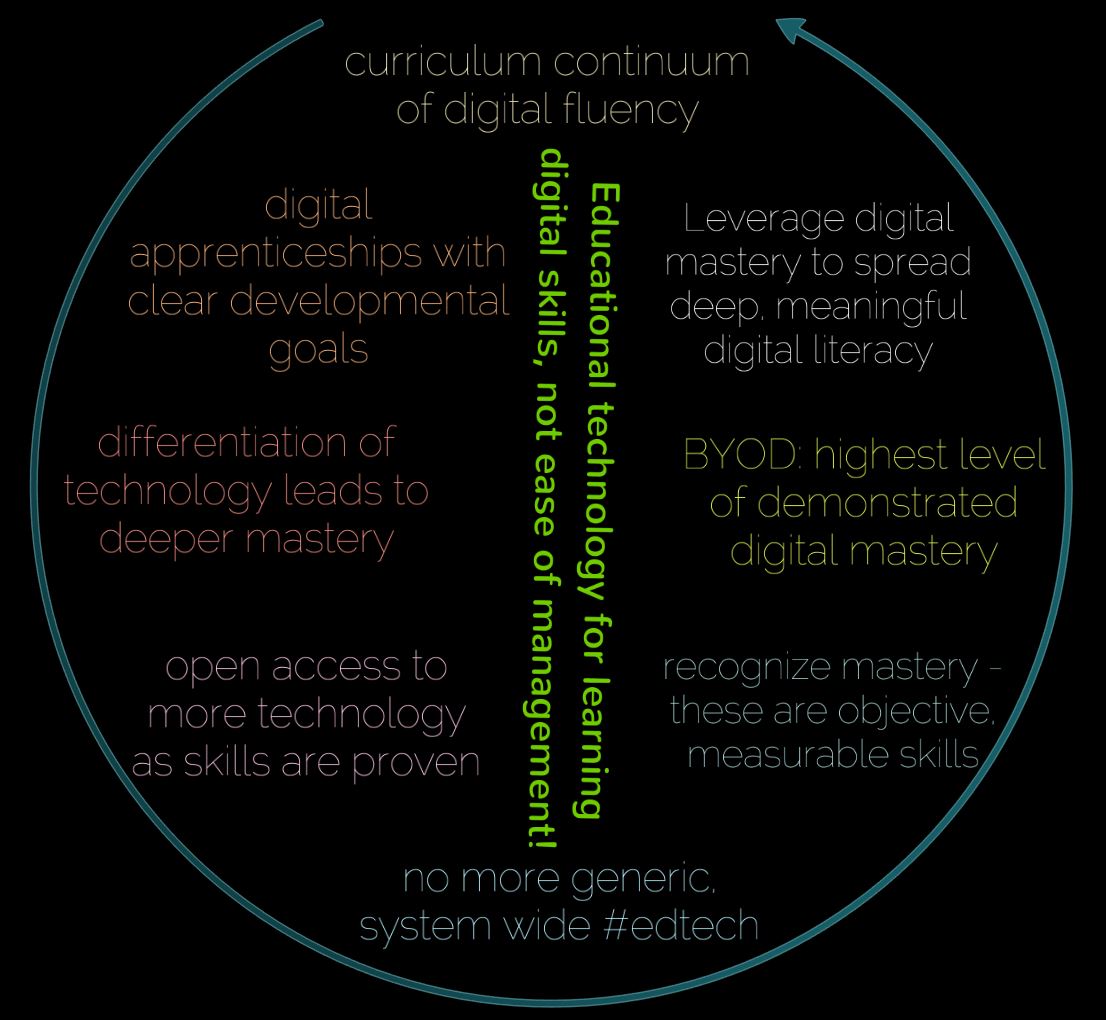