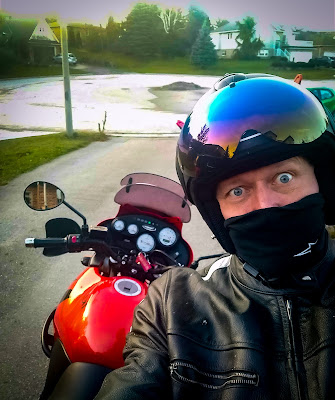 Tuesday, November 26:  I got outside after work and noted that the weather didn’t hurt.  Could this be a chance for a final ride before the icy grip of old man winter chokes the life out of my riding season?


On our way home I saw a determined rider on a Harley with scarves tied around his face and that tipped it.  It took me about 10 minutes to thermal up (this opportunity was still only a 5°C one) and wheel the Tiger out from under its blanket.


The 16 year old Triumph started at the touch of the button, though the battery didn’t sound happy after sitting in freezing temperatures for a month.  As the bike warmed up I made sure no skin was showing and off I went. 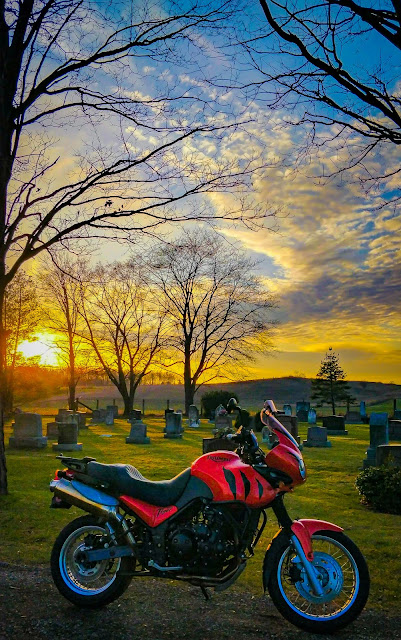 I just did a 30km run down to the Westmontrose Covered Bridge and then back to Elora, but the chance to fly again before the winter closes in was priceless.  There is nothing better than an unexpected ride when you think you’re months away from being out in the wind again.


A brief stop at the church in Westmontrose for some thematically relevent early November sunset shots in the graveyard before riding back upstream.  I pulled into the gas station in Elora and was surprised to see four other bikers filling up before the long cold resumes.


The Tiger is now parked up with a full tank of gas, ready to slumber once again under its blanket until the distant spring approaches… 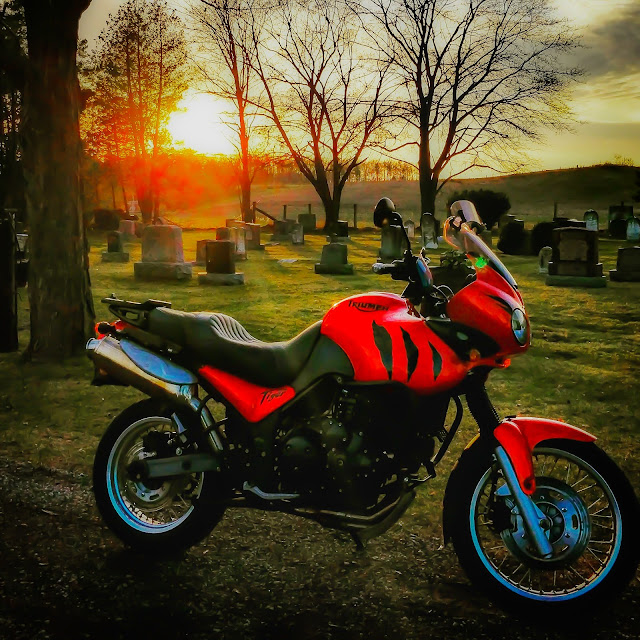