From August, 2012 courtesy of Dusty World:

I just finished reading Matthew Crawford’s “Shop Class for Soulcraft”, a philosophical look at the value of skilled, physical labour.  Having come from a mechanical background into an academic one, a philosopher-mechanic’s critical examination of the ‘creative economy’ we’re all dying to jump into was refreshing.

I’ve often missed the clarity and satisfaction I found in repairing machines, and now I have a philosophical explanation of that sense of loss. Crawford delineates meaningful work in terms of objective standards, a sense of community and individual agency.  He then goes on to disembowel the MBA speak found in the otherworldly knowledge economy that can only exist in an entirely abstract sense of work, one I fear that has been applied to the skilled trade of teaching courtesy of lawyers and politicians.

It’s been a few weeks now since I finished the book.  I’m finding that the lasting impression is one of embracing my smart hands again.  The idea that mind work is somehow superior to hand work is nonsense, though our school is streamed according to that logic (academic/applied, university/college).  The argument that we discover the truest aspect of human intelligence when we work our minds through our hands continues to ring true for me. 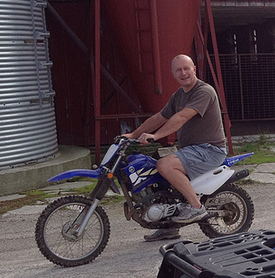 The other, unintentional side effect has been a re-awakening of my love of motorcycles.  I’d originally gone after one when I was 16, but my parents offered to up what I’d saved to get me into a car.  It’s probably one of the reasons I’m here today, it was a smart move.  At 43 I’m not interested in wrapping myself around a pole.  Riding is a way to be alone with your thoughts, no obtrusive media, and the development of a constant awareness; you can’t let your mind wander on a bike, they are ruthlessly observant of incompetence. Riding also offers an intimate familiarity with a machine in a very minimalist way that is appealing. 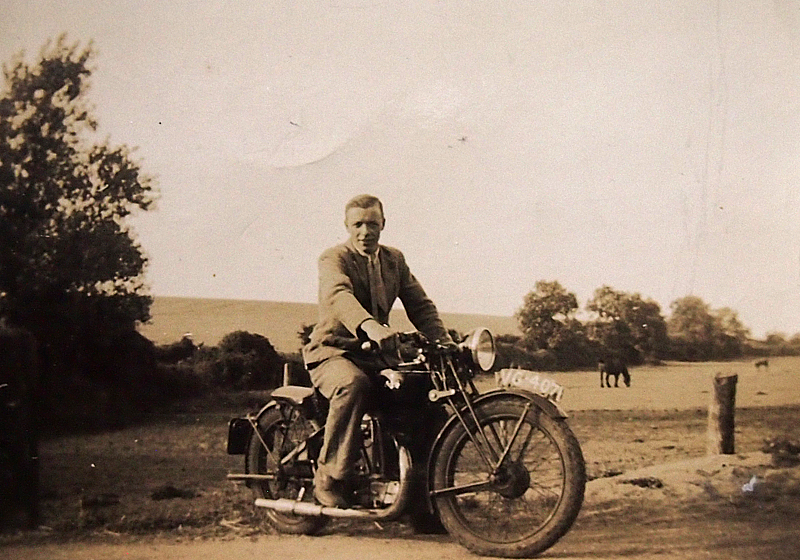 I come by my urges honestly.  Here is a picture of my Grand-dad Bill in the late nineteen forties… I need to get myself some white riding shoes!  I later learned from my Aunt that Bill was a stunt rider in the R.A.F. motorcycle tatoo (they would do gymnastics and stunts while doing drill on the motorbikes).  Wild!

I hope to be licensed and riding in the spring.