Next season is a long, cold winter away, but I’m already daydreaming about what might be… 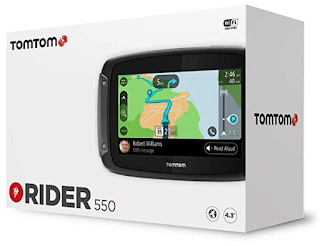 TomTom Rider 550 Moto-GPS:  I’ve always made do with my phone, but Google Maps is kinda crap when it comes to navigating on a bike.  Whenever you reach a way point it wants input, which isn’t easy when you’re flying through the air at 60mph with gloves on.  The TomTom not only is glove friendly, but the software is moto-specific, so no pointless inputs.  It even has a twisty-roads function!  $370CAN 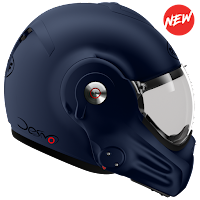 A New Roof: I’m partial to Roof Helmets. To date I’ve owned a first generation Desmo and a Boxxer. The Boxxer is a simple thing and I miss the plush, quieter and more substantial Desmo I had before. Roof has actually come out with a new Desmo, the RO32, and I’m partial to the new flat dark blue lid they’ve just done. Roofs are hard to find in North America, but Chromeburner has the new lid on for about $500CAN. 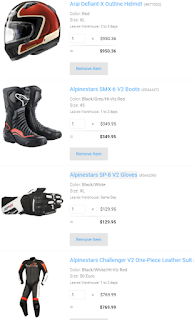 Racing Kit!  A one piece racing suit for the other thing below.  Now that I’m with sports bike, perhaps I could take it out to track days.  To do that I’d need the proper racing kit.  To get the right spec helmet, boots, gloves and racing suit, I’m at about $2200.  Fortnine has the bits I’d need.

A long time ago I did a car performance driving school at Shannonville Race Track and really enjoyed it.  Taking the Fireblade out on track would be a brilliant way to get to know this athletic machine.  Riderschoice.ca has track days.  I just need to get the bike sorted and have the kit necessary to do the business.
Starting at about $170. 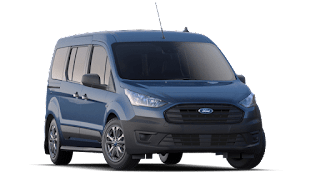 Of course, if you’re doing track days and need to prep a bike for the track, you need to drain coolant and all sorts of other stuff.  What you really need is a way to get it there.  The new Transit Connect is super fuel efficient for a van and would carry my stuff and people when needed.  About $37k.

Van’s got a tow hitch, so trailer, obviously…  $1600 at Canadian tire for this one.  Maybe trailers don’t matter, but I’d like to colour match this one to the van.  With that and a fitted cover, it could take one or two bikes to wherever the snow ends in the winter and trackdays in the summer. 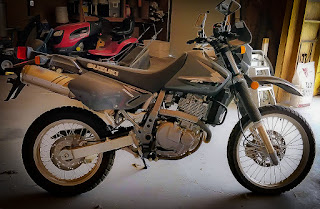 A next level off-roader.  I’ve done a few rounds of off-road training and dig the experience.  I’d like to race enduro and need something dependable and big enough to carry me.  There was a Suzuki DR650 I looked at in the summer for a very reasonable $4000.  It was five years old but basically brand new due to some back luck by its owner.  I wish I could go back in time, get that bike, sort it out for enduro racing and then do it!

Track-day bike:  I’ve already got this one underway with the Fireblade project.  Sorting out the CBR900rr in the garage and then making it track-day ready would be brilliant.  The real block to entry is the cost of racing kit and the ability to transport the bike to the track.  I think I’m some finishing up and detail work away from putting the Honda back on the road in the spring. 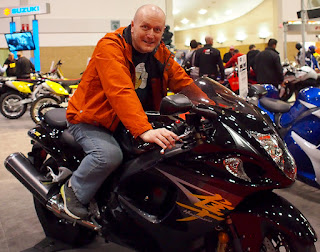 Top Speed Machine:  I’ve always been partial to the Suzuki Hayabusa, and it would let me do a bucket list thing (200mph on a motorcycle) with only a few modifications.  To stretch the bucket list wish, I’d take it out to speed week in Bonneville and do 200mph on the salt.  If I wanted a leg up on this, someone has a modified turbo Hayabusa in Windsor. 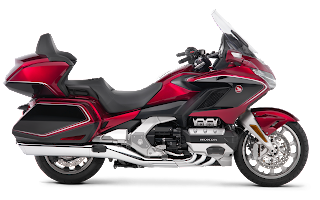 A 2-up Touring specialist:  The Tiger will do 2-up work, but it isn’t ideal for it.  A bike that’s a 2-up specialist would be the ideal tool for the job.  Out of all the big cruiser/touring bikes out there, I think the Goldwing is the best.  I’ve ridden a friend’s.  It’s surprisingly athletic, even with 2 people on it.  Touring bikes don’t come cheap – the ‘Wing is a $30k thing. 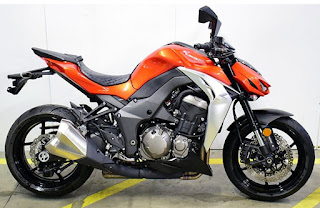 Anime Dream Machine:  The Kawasaki Z1000 has long been a favourite and its Sugomi designed look is pure anime awesomeness.  I’ve got to admit that the Fireblade project sitting in my garage scratches many of the same itches though.  There’s an orange Z1000 in Quebec going for about $10k.  I think the Fireblade might have scratched this itch…