I’ve been re-watching Jo Sinnott’s Wild Camping.  That Roof Helmet she wears looks fantastic.  It’s a French designed, multiple function helmet with a fighter pilot vibe.  The Desmo Flash in Orange and black gets itself on my want list.

I’ve heard a lot about Aerostich.  It started when I read Melissa Holbrook Pierson‘s The Man Who Would Stop At Nothing.  For serious long distance riders, the Aerostich is pretty much the only choice.  Armoured, weatherproof and virtually bullet proof, it’d be nice to have the last word in motorbiking overalls, but they don’t come cheap. 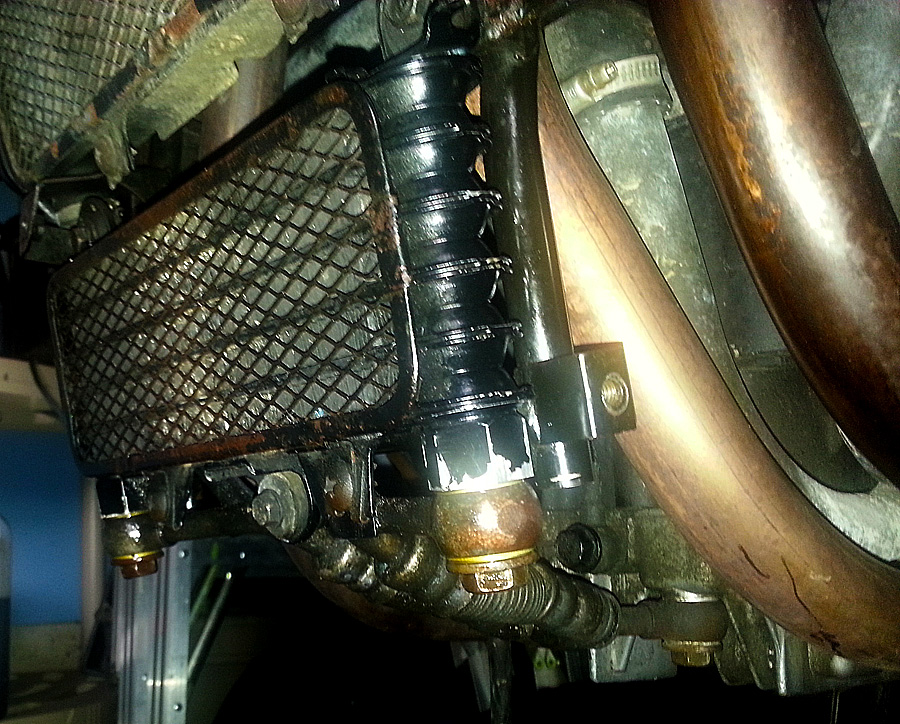 I’m hanging in for a fix on the oil cooler on my new-to-me, found-in-a-field Kawasaki Concours, but what I’d really like is a new one.  They aren’t cheap, I’m looking at about $500 with shipping and customs costs – which is only a couple of hundred less than I bought the bike for.  I could pick one up from ebay used for about sixty bucks delivered, but it might not be much better than the one I have.