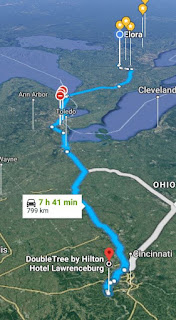 With hail hitting the windows, here’s another load-up-the-van daydream, this time over the Easter long weekend…


It’s up in the teens Celsius in Cincinnati, and it’s close by, less than eight hours away.  If I’d have gone to work on Thursday with the bike loaded up in the van, I could have been on my way by 3:30pm and feet up in a hotel on the Ohio River before midnight.  The next morning I’d be exploring what looks like a plethora of interesting routes up and down the River on the Kentucky side, all in mid-teens temperatures. 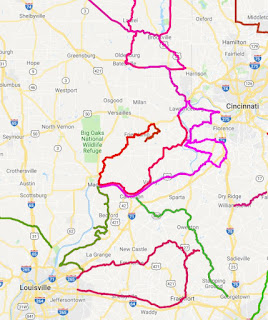 Cincinnati is so close I could finish up with a short ride Monday morning and be on the road about noon, which would get me back up into the still frozen north by eight in the evening. 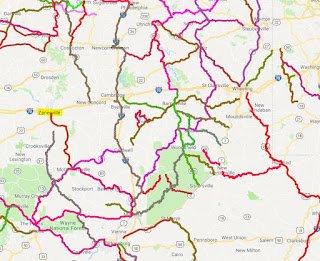 Another angle might be to aim just east of Columbus, Ohio.  There are a large number of motorbike roads out that way on the edge of the Appalachians.  Zanesville, Ohio would be a great launching point to dozens of rides, and it’s less than seven hours away.  Due south of town is the Triple Nickel, along with a pile of other very twisty roads.  Temperatures out in eastern Ohio are similar to those in Cinci. 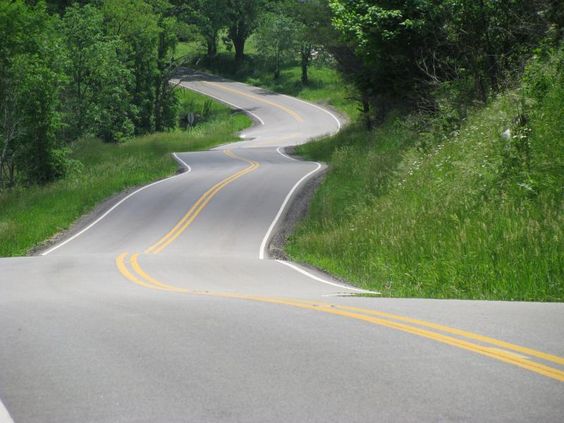 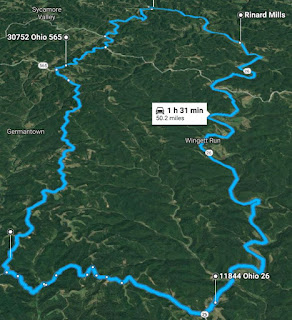 Flirting with the West Virginia border means wandering onto the foot hills of the Appalachians.  Every road in the area is twisty, even the ones leading to the riding roads.  This is even closer than the Cinci plan, and twistier too.

The weather’s getting better everywhere else but here.  With above zero temperatures still weeks away, I remain reduced to daydreaming about rides out of reach.