So far the cost in parts has been only about $85 for a new speedometer gear from my local Kawi dealer: Two Wheel Motorsport.  Other than that it’s been a matter of checking connections and adjusting some poorly run throttle cables.

The gas gauge (reading low/inaccurately) was a loose electrical connection under the tank, cleaned up and connected properly it took about five minutes.  The temperature gauge was similar, just cleaning connections at the sensor (on the left side of the radiator) resolved that.

The speedo was a bit of a puzzle.  I got a new cable assuming the old one has seized (only about ten bucks), but it didn’t resolve the issue.  Putting a drill on the cable had the speedometer showing 70km/hr accurately.  The odometer and trip meter both register too, so it wasn’t an issue with the gauges.  I looked at the speedo gear housing in the front hub and it didn’t spin even when the wheel was.  Robert on the Two Wheel parts desk said these seize up if not lubricated well – they also seize up if the bike wasn’t run for a while (as mine wasn’t).  He said to make sure I grease the end well when I install the new one.

The new part should be here Friday.  The local dealer cost about five bucks more than online, but didn’t charge me thirty plus bucks in shipping and customs costs, so that’s a clear win for buying OEM parts from your local dealer.

The sticking throttle was a matter of taking the cable ends apart at the handlebar and lubing and re-routing them properly – the return cable didn’t look like it was installed properly on the higher-rise custom bars on the bike.  After lubing the cables and cleaning the handlebar mechanism I routed the return cable in the proper spot behind the pull cable.  It was tricky getting it all back together again, but once it was done up the throttle was tight, smooth and snapped back like a champ.

I’m hoping to have the speedo done in the next couple of days and then put the bike together for a safety next week. 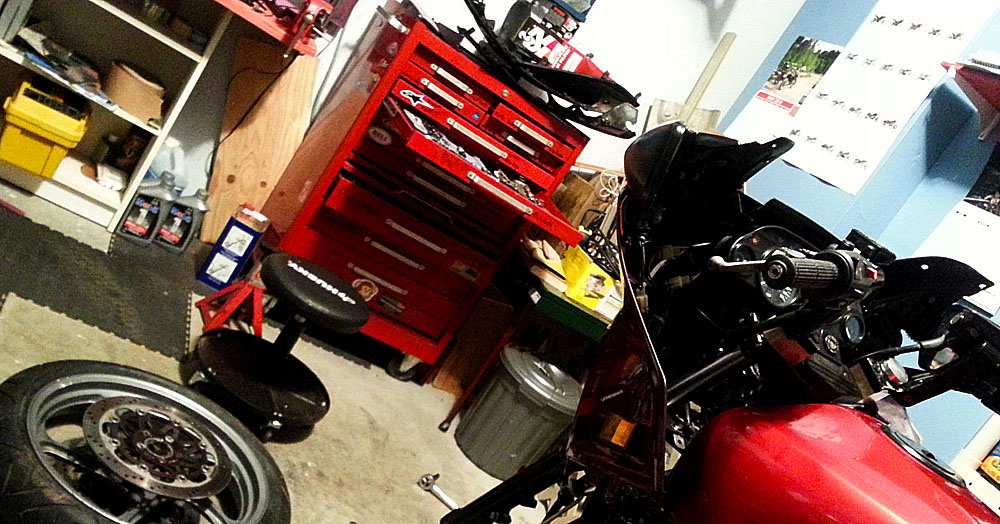