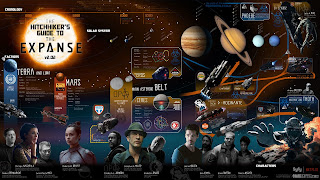 I’m watching the new season of my current favourite sci-fi show, The Expanse.  It’s about the next couple of centuries where Terrans develop the technology to move out into the solar system, but rather than the Star Trek angle that completely ignores the nastiest aspects of human nature, The Expanse imagines a near future with technology advances but none of the social evolution of the Trek universe – it’s a politically messy, self-serving future, much like our present.  It’s something I’m starting to think we’ll never get to.

I’m also spending the day today putting our yard and house back together after a wind storm swept through here, and that got me thinking about all this technology we’re so proud off.  If it gets a bit windy, it all goes away.  After a couple of big gusts yesterday there was no internet and no power.  I was unable to deliver attendance data for my classes at the end of the day, let alone get information on what was happening.


At the height of the wind the local cell tower was down, meaning no information or electricity at all.  In the meantime (and when it works), I’m watching the news closely as the competition we’re supposed to be travelling to in a couple of weeks in Fredericton is in peril because the city is under water.  We’re ever so proud of our vaunted technology, but if it gets windy, or if waters run high, everything stops.  The real irony in this is that our fossil fuel powered society is what’s prompting all this extreme weather.  Even our supposedly green tech is manufactured using fossil fuel based manufacturing.  Our technology doesn’t allow us to control our environment, it provokes it to attack us. 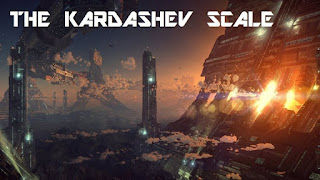 There is this thing called the Kardashev Scale.  If you’re ever thinking how smart the bi-pedal apes are on the third rock from the sun, this scale will give you some perspective.  A level one society is one that harnesses the resources of an entire planet.  We’re not even close to that.  Carl Sagan suggested human society is at about a 0.7 on the way to being able to harness planetary power, but I think that’s wildly optimistic.  Our technology isn’t on its way to managing planetary processes, in many cases it’s prompting the planetary environment to violence – it’s the opposite of control.  There are some cases of sustainable (ie: non-aggravating) human technology, but since we base most of what we produce on fossil fuels and unsustainable manufacturing, it’s hard to say much of any of our technology is actually on its way to sustainable global resource management.  Our stubborn unwillingness to orientate ourselves in that direction is the problem, not our intelligence or technical capability.

When you get up into level 2 your society can manage the energy of an entire solar system.  We’re millennia away from that even assuming we pivoted today and actually worked toward sustainable global management that would allow us to thrive as a civilization long enough to develop it.  The way we’re currently going, we’ll probably cause global environmental upheaval before we’re likely to even establish a foothold in space (by that I mean permanent human habitation off-world, we haven’t even done that yet).  The environmental problems we cause now will eventually produce resource depletion that will result in war.  We love a good war to cap off our own bad habits.  Level 3 (effective galactic resource management and level 4 (universal/pan dimensional resource management) are so far beyond our short sighted, barely evolved minds that they beggar belief. 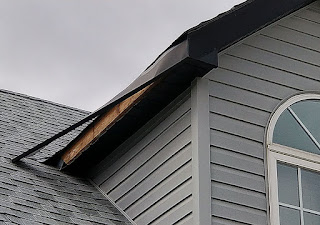 Meanwhile, here I am about to nail unsustainably manufactured aluminum siding back on to my wood framed house that was built with unsustainable lumber.  We have more in common with squirrels building nests than we do with even a level one civilization, except what the squirrels build isn’t burning a hole in the world.  They’re closer to a level one civilization than we are.


All the other unsustainably built, fossil fuel powered houses in my neighborhood are also missing bits and pieces.  Shortly crews of people will arrive in gas powered trucks to fix these problems.  That very process will further heat up the only world we’re capable of living on at the moment, making future weather violence even more inevitable.  We’ll be lucky to get out into the expanse at all.