I’m in the middle of a cross Canada drive (alas, no bike).  It looks something like this: 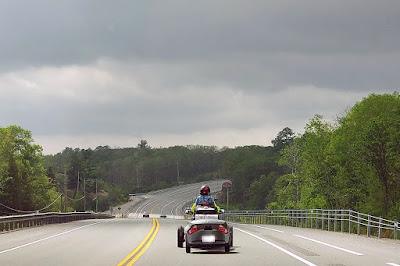 Over the past couple of weeks on the road I’ve come across some strange choices that people make that I just don’t get.


On the Trans Canada towards Sault Ste Marie early in the trip we came across a CanAM Spyder towing a trailer.  This five wheeled conveyance (which was holding up traffic) manages to combine awkwardness, discomfort and a lack of efficiency all in one baffling package.


I’m a big fan of biking, but there comes a point where, if you’re unable to leave your shit behind and travel light, a bike isn’t what you should be taking.  Any convertible on the market probably gets equivalent or better mileage, carries more and takes you further in more comfort.  With two front wheels it’s not like you’re missing leaning into any corners anyway, which is why so many of us hang it out there in the first place. 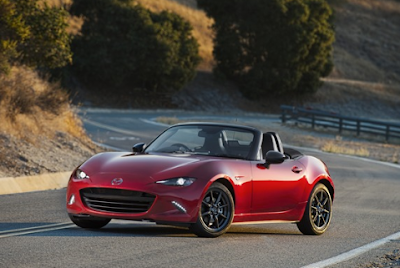 It looks like Spyders get low thirty miles per gallon on average.  Towing a trailer probably knocks that well down into the twenties, similar to a Mustang Convertible!


If you wanted to be more efficient, a Miata gets far better mileage than the Sypder, and the roof goes up, and it carries more.  Amazingly they are pretty much priced the same (not counting the trailer which you wouldn’t need anyway).  You wouldn’t be holding up traffic in a convertible either, or having to wear all the gear…

There comes a time when riding a motorcycle doesn’t make sense.  It’s when you’re riding an awkward three wheeler with a trailer attached with half a mile of traffic behind you.