If we live in an increasingly data-rich, but resource poor world, what do we need to do as teachers to give our students a fighting chance?

There is no reason to assume that Eric Schmidt is blowing smoke.  If we really are generating this much information, and now have a means of saving, reviewing, organizing, and learning from it, we need to radically re-think how we educate our children.  Knowledge itself is now plentiful and accessible, teachers are no longer the font of knowledge. 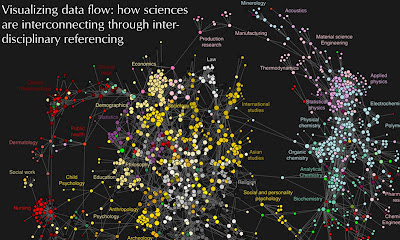 Traditional classrooms work on a data-drip of information, out of the teacher’s mouth.  Many of these teachers are willfully ignorant of the radical revolutions going on in their disciplines as information is no longer confined to the limits of human specialists.  Interdisciplinary studies are prompting radical changes in how we understand just about everything.  Teaching your twenty year out of date university experience out of a ten year out of date text book makes you about as pertinent as a dodo.  Many of our current teaching habits assume nothing is changing, but it is, radically, quickly, meaningfully, everywhere but in the classroom.

When I was a kid I was an astronomy nut.  I memorized the nine planets, the meaningful moons, I knew distances, sizes; the universe was a (relatively) small solar system with stars beyond.  We currently know of over 600 planets, and discover an average of a dozen a week, every week.  We are discovering solar systems so bizarre in nature that they beggar belief; but none of that is in the text book, and most teachers won’t bother with it because accessing the datasphere is too difficult with limited technology access in school (fixable with this).

This acceleration is happening in all fields of human endeavor.  We are teasing free nuances in archaeology, history, and science.  We understand in greater detail how the masters painted five centuries ago, we have seen to the edge of reality and felt the remnants of the explosive expansion that started everything.  What we haven’t done is evolved education to prepare our students for this deluge of data.  We still mete out information because we define ourselves as holders of knowledge.  We’re holding a cup of water as the dam breaks around us. 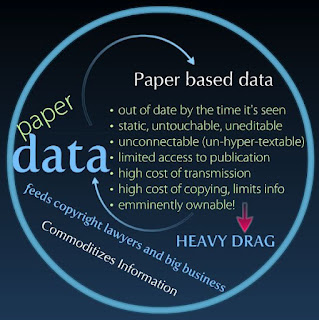 We drip feed students information in class and then complain that they are unfocused, disinterested.  We then agonize over how to make our lessons more engaging.  We wring our hands over outright lies and insinuations instead of letting the datasphere show the truth; we cater to myth, habit and tradition of paper based learning.

In the meantime a steady stream of data overwhelms our students from social networks that dwarf in size any their parents or grandparents had.  We belittle their circumstance by demeaning their means of communication, and overvaluing our traditional modes of contact.  Because they don’t ‘pick up a phone’, they don’t demonstrate meaningful relationships like people of a certain age do (oddly similar to what the phone-people’s parents said about them when they couldn’t be bothered to go and visit people face to face any more).  Kids nowadays, their social networks are empty things devoid of real meaning. 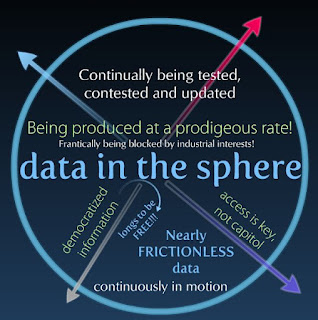 Worst of all, we don’t teach them how to manage the avalanche of data that threatens to bury them; then we criticize them for not managing it well.  Many teachers manage it by ignoring it entirely

We spoon feed them vetted data in tiny amounts because we think that is credible, safe and real, but that isn’t the world they are going to graduate into.  Being able to manage multiple, often conflicting data, organize information out of the noise and critically analyze material is far more relevant than memorizing the right answers to the same questions we’ve been asking for years.

Until we take our responsibility to prepare our students for the 21st Century seriously, we will continue to think that slowing them down, unplugging them and ignoring the datasphere that continues to grow around us at a prodigious rate is not only the easier (cheaper) thing to do, but it is the right thing to do too.

What we aren’t doing is making them familiar with their likely future circumstances, and we do it because it’s easier to ignore a revolution than recognize it, even if it’s happening all around us.