I tend to run hot, body temperature wise, and find that I can ride well into the single digits without too much worry.  My people come from a cold, wet place and that’s what I’m built for.  Heat, and especially humidity, are my achilles heel.  I’ve gone to great lengths to try and find hot weather riding gear that will allow me to ride when it’s sweltering. 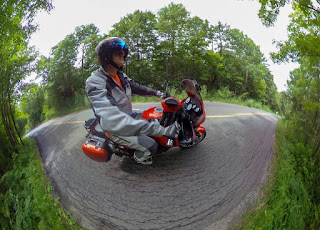 Currently my go-to hot weather gear is a Fieldsheer mesh jacket in the lightest colours I could find.  I’ve never understood why someone would go with a black mesh jacket.  It defeats the purpose of trying to stay cool, unless you’re just aiming for the other kind of cool.


This jacket is brilliant.  It keeps the sun off you while feeling like you’re not wearing a jacket at all.  I think I’m actually cooler wearing this than I am in a t-shirt; much less likely to burn anyway.


The pants are where I’m having trouble.  A few years ago I found the most ventilated pants I could from Twisted Throttle.  These Macna vented pants do a great job of running air over my legs, but do very little where I need it most around my crotch.  To supplement those pants I got some riding shorts with a crotch pad, but they strangely disappeared, leaving me to ride with regular cotton underwear which is not remotely up to the job. 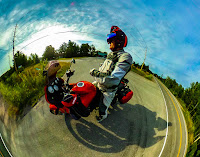 One of the great things about the convertible Roof Helmet is that you can swing it open for some wind on your face.  Even in that configuration the visor covers most of your face protecting you from Canadian sized summer bug impacts.  I just wish Roofs were a bit better ventilated across the top (the newer models might be, but they won’t give me one to test).  An adventure/off road styled Roof with a roomier chin bar and more ventilation across the top and back of the helmet would be a must-buy for me. 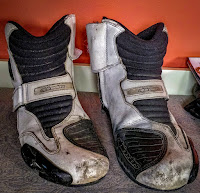 A long time ago I found the Alpine Stars vented SMX-1 boots and have never looked back.  I’ve put tens of thousands of kilometres on them and beaten them senseless, but they still do the job so well that anything else on my feet doesn’t feel right when changing gears.  They also keep my feet cool and are even good for walking around in (though they are very broken in).  When and if these ones give up the ghost I’ll go get another pair just like them.  The lightest ones now have a touch of Valentino yellow on them, which is no bad thing.  They keep changing the colours, so maybe I’ll get lucky and have a shot at some Lucifer Orange ones when I need them.

I’m focusing on fine tuning the bike/bum interface.  The best time of year to buy summer gear is the fall, and this fall is no exception.  Klim gear is usually a bit too rich for me, but I was able to find some vented Klim Savanah pants for under $200CAD.  I’m looking forward to seeing if the Klims really are all that. 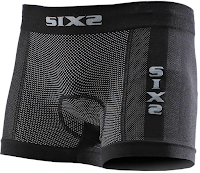 I’m also replacing the biking underwear that wandered off.  It isn’t cheap, but a good pair of technical underwear was the suggestion from many people when I asked.  Sixs makes a wide variety of riding focused sports underwear, so I went with the butt padded, seamless boxers.  The other pair I had looked a little less fancy, so I’m hoping this will be money well spent.  Their range of gear covers everything from top to bottom, so this might be the first of many purchases. 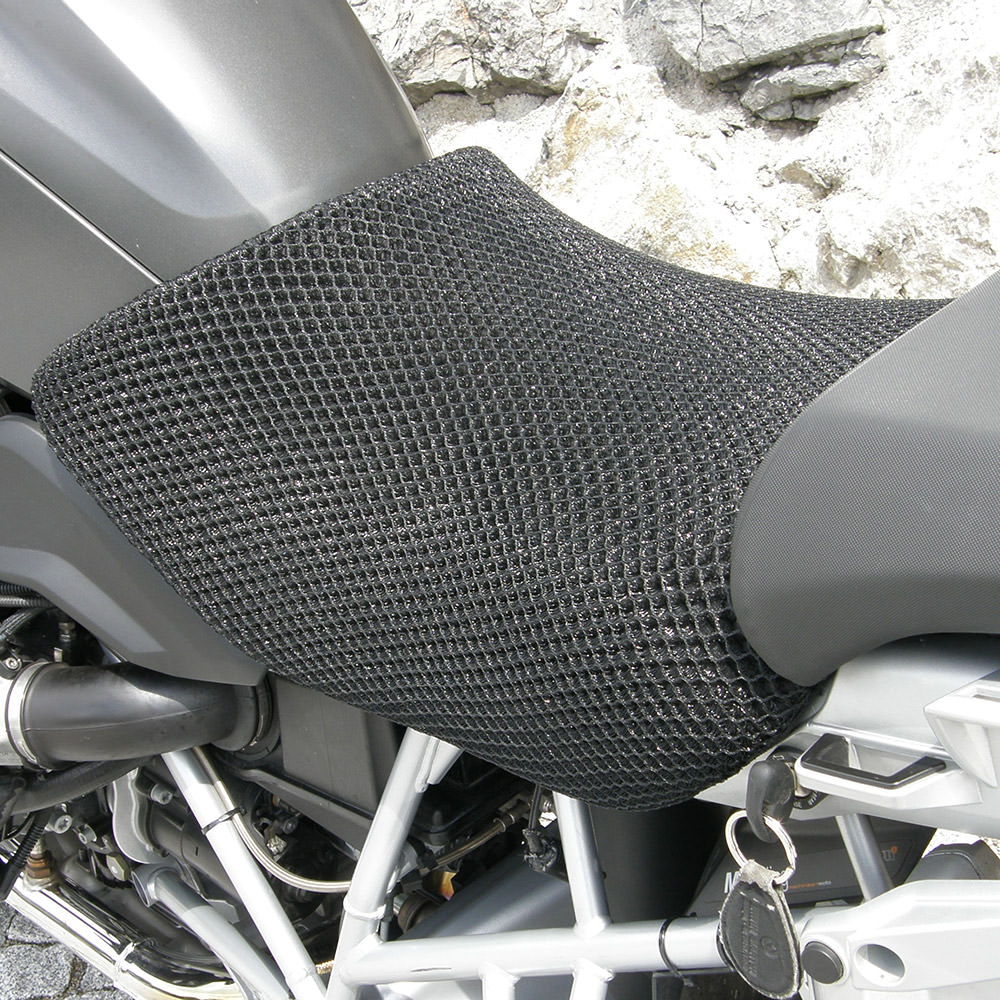 In order to keep the dreaded monkey butt from rearing its ugly head during hot weather riding you need moisture wicking underwear.  On my long ride last weekend my cotton boxers were soaked when I got back and I was so sore I couldn’t sit down.  You do not want to get sweaty and wet under there, but your butt is on a black, vinyl seat so it’s going to trap heat.  I’ve been looking into options to introduce some air under me.  Adventure Bike Rider Magazine mentioned Cool Covers a few issues back, but they don’t make a cover for my fifteen year old Tiger. 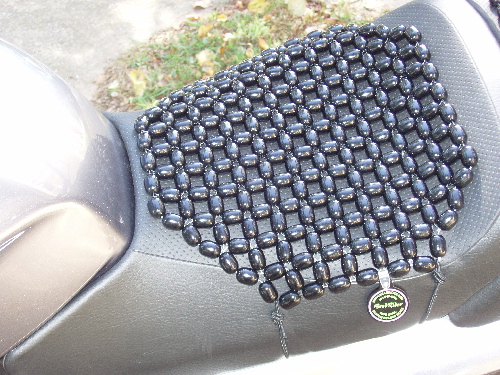 Another option is the Bead Rider seat cover.  I’ve heard mixed reviews on beaded seats though.  They work well on shorter rides but over a long day they start to feel like torture.  I’m still considering my options here but the Cool Cover’s futuristic look appeals more than the cabbie look of a beaded seat cover.

When I asked online, two super-stars who had just managed to complete a Bun Burner Gold very hard to do long distance ride had some hard won advice.  Everyone swears by technical sports underwear that wick moisture, so that’s an easy fix even if you just go for Under Armour or something like.  Wolfe’s suggestion of a Bill Meyers custom seat isn’t cheap but isn’t as expensive as I feared it might be (about the same as a new set of tires).  The old padding on my seat would benefit from a refresh and would go a long way towards making the Tiger all day rideable.


His other suggestion of the King of Fleece cover follows a popular bike habit of using pelts to separate your butt from unforgiving vinyl.  Sheepskin is a traditional choice, but I suspect some of the engineered solutions above might produce better results.


There are various new seat options, but not for my old Tiger, and spending that kind of money on a new seat for an old bike doesn’t make much sense.  If I’m going that route, I think I’ll be giving Bill Meyers a call.  A Canadian winter would be a good time to send the seat in.


I’m curious to see how the new undies and pants will do on hot future rides (which are only going to become more common).  The old, stiff seat may eventually get some attention, and I have a contact in mind in Bill Meyers.  You’ve got lots of options for finding ways to ride in comfort even in hot and humid weather.  Hopefully this helps you find ones that work.