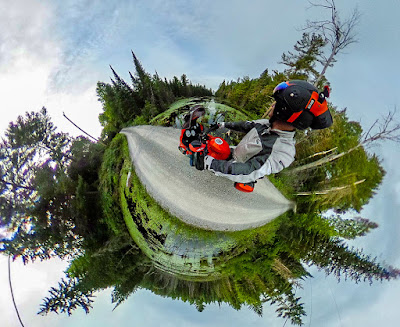 On Friday, July 13th, while thousands of people lined up to get into Port Dover, I left the cottage early (just before 7am) and headed out on my planned circumnavigation of the Kawartha Highlands Park.  It was already well into the twenties Celsius and humid when I left.  The fire roads into the cottage are a roller coaster rally stage of gravel over muskeg and Canadian Shield with tough, weedy firs and birch trees growing in the cracks.  It’s fun in a car but a bit nerve wracking on a bike.

It’s tourist season in the Haliburton Highlands and on the weekends the roads actually have some traffic (like, a few vehicles: Canadian country traffic), but on this Friday morning it was quiet.  I was lucky to see another vehicle pass me in any five minute span when I set out and the cottage road was just me and the bears. 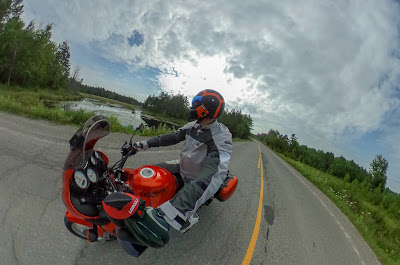 I was out to Lovesick Lake Restaurant just before 8am for breakfast, only to discover it doesn’t open until 9am… for breakfast… in the middle of the summer.  Having not eaten and already on the road for an hour, I was disinclined to hang around for seventy odd minutes.  Fortunately, a couple of years ago we did a family Thanksgiving at the Viamede Resort just across Upper Stony Lake so I figured I’d give them a try.

I pulled in just as the breakfast buffet was underway.  It was twenty bucks for breakfast all in, but it was all you can drink quality coffee and real juices along with a buffet all you can eat hot breakfast with fruit and all the other odds and ends you’d expect from a high end resort.  If you’ve got the time and you’re up that way, Viamede is a nice way to start a day of riding, and you’re looked after by a fantastic staff while eating a great breakfast in a beautiful environment.  It’s probably cheaper than a lousy hot dog at Port Dover and no line up. 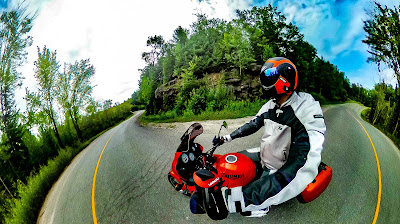 When I came back outside it was heating up but I was full of beans (literally and figuratively) and percolating on that freshly pressed coffee.  Northeys Bay Road east out of Viamede was a roller coaster, weaving through outcroppings of rocky Shield as it worked its way around the end of Upper Stoney Lake.  At one point I came down into a valley only to discover a rafter of wild turkeys the size of sheep standing on a rock outcropping eying me as I went by; it was like riding through a herd of dinosaurs.  Northeys Bay turned onto County Road Six, which took a less sinuous and more  severe route through the woods.  From Six I was onto Forty-Four and the twists were back on again until I got to 46, but even the bigger roads were still constantly weaving, just with fewer gear changes. 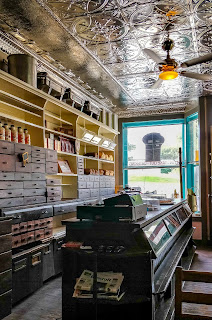 With the slower, technical roads around Stoney Lake behind me, I struck north, deeper into the Shield.  46 and the 504 were both full of fast sweepers that seldom had me on the crown of my tires.  I pulled into Coe Hill Cafe about 10:30am.  After three hours on the bike my knees needed a rest, so it was coffee time.  It was me and four tables of retirees all talking politics and telling ‘in my day’ stories (they’d all owned bikes at some point).
A couple of cups of coffee and I was ready to tackle Lower Faraday Road.  This little road out of Coe Hill is twisty, turny thing.  Last time on it two years ago I was disappointed at just how rough it was, but sections of it have been resurfaced since my last attempt and this time I could exercise the sides of the tires a bit.  The top end of it was still rough, but that’s one of the many benefits of riding a ‘big trailee’ adventure bike:  they can handle Ontario’s terrible pavement when it gets rough. 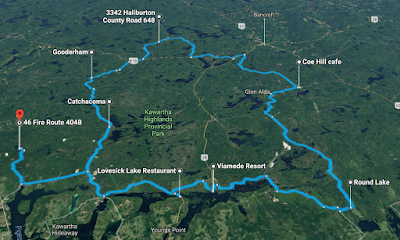 Out the top of Faraday I pushed on up to the 648 ‘Loop” road through Highland Grove, Pusey and Wilberforce.  I was initially thinking about extending the loop through Bird’s Creek and Maynooth, but it was touching forty degrees with the humidity and a swim in the lake that afternoon held more appeal.
I wasn’t on the 118 for long, but once again I was reminded what a lovely thing it is.  If you like fast, sweeping corners through beautiful scenery on well finished roads, the 118 won’t disappoint.  I think I prefer that kind of road to the super tight, technical, twisty roads that get all the attention and usually have lousy surfaces. 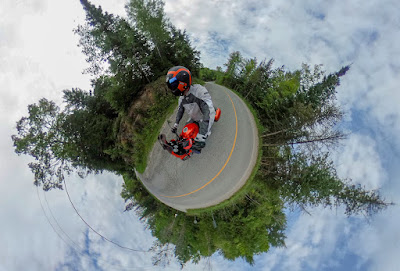 From Tory Hill I was dropping south along the western side of The Kawartha Highlands Provincial Park, once again on near empty roads.  The Tiger had burned off most of a tank of gas and was light and eager, and after six hot hours in the saddle, I was looking forward to a swim in the lake.  Like that post breakfast section around the end of Upper Stoney Lake, this road felt weightless and easy.  I get to the end of sections of road like that and realize I’d forgotten where I end and the bike begins.
I was back at Nogie’s Creek before I knew it and riding the seventeen odd kilometres down increasingly small and twisty gravel fire roads into the lake…
I did the SMART off road training course a couple of weeks ago and was looking forward to seeing how my usually white knuckle approach to riding on gravel had changed.  I was in and out of the cottage a total of six times over the four days there and never once got a hand cramp.  In most cases I was resting my open hands on the bars and letting the throttle sort out any wobbles.  If you’re anxious about riding on loose surfaces something like the SMART program is a great way to acclimate yourself to it and lose your fear of it. 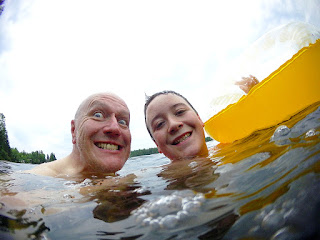 I was back at the cottage by 2pm and in the lake shortly thereafter.  Once again the Haliburton Highlands had impressed, offering an assortment of interesting roads that are vanishingly rare in the table-top flat South West where I live.  The Tiger was once again a rock star, prompting discussions wherever we went and starting at the touch of a button.  It carried me and two panniers full of tools and rain gear around the Kawartha Highlands while soaking up bumps on some truly awful pavement and feeling like an eager sports bike when the going got smooth and twisty.  Best of all, we managed it on near empty roads with no delays and some spectacular scenery.

Best Friday the thirteenth ride yet!  About three hundred kilometres on near empty roads through picture postcard scenery and not a crowd or line up in sight.  That’s what riding is about for me.

Here are some full 360° images from the ride:

The twists and turns of the Haliburton Highlands. – Spherical Image – RICOH THETA

The on-bike 360 footage was captured by a Ricoh Theta set to auto shoot every 30 seconds, so you can set and forget it.  The images are screen grabs from out of the 360 panoramas.  You can lean how to do this yourself (it’s easy!) here.