Facts by the government:

“The largest increase occurred in the transportation component, where prices rose 6.6% in the 12 months to March.”
Here’s where the opinion starts: 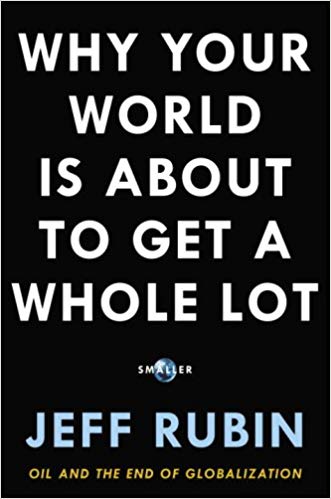 So, according to StatsCan, we are in an inflationary spiral (a boom/bust cycle predicted by Jeff Rubin in Why Your World is About to Get a lot Smaller caused by increasing limitations on oil production and economies designed to work on nothing else).
If we’re averaging 2-3+% inflation every year since 2008, that ENORMOUS 12.55% teacher salary increase actually looks more like (2008 2%, 2009 2%, 2010 3%, 2011 3% 2012 3% = 13%) a net loss in standard of living. But we shouldn’t even try to keep up with the standard of living, should we?
Why is the economy in such a mess? Because the free market has swallowed itself with its own greed. Public employees didn’t crash the economy, private business did.
I first heard this a couple of years ago in the middle of the financial melt down, when an investment banker had the nerve (after his industry made a mockery of capitalism) to suggest that the local waste removal workers should take pay cuts to help pay for something they had nothing to do with. The people who orchestrated this market collapse have somehow convinced the dull, cow-eyed public that they should enjoy a less restricted marketplace and continue to serve themselves bail outs with taxpayers’ money.
In an unrestricted marketplace, private employees lose their jobs, take pay cuts and can do nothing. With no oversight they are indentured servants to the wealthy. They are then incited to riot against the public sector employees who work for the social collective (government), performing duties vital to the public good. In the process, there is some kind of odd flip that happens where the private wage earners actually feel that what they do is more inherently valuable (putting money in rich people’s pockets), than what a public employee does (earning a living while serving the public good).
I’m choking on this nonsense. Evidently business and the economy are vital to us, but we shouldn’t oversee and ensure its smooth operation. We should eviscerate government services and oversight and put all that money back into the pockets of a self serving marketplace that would destroy itself for short term gain that benefits a tiny percentage of people. They then seem to Jedi mind trick a weak willed public that they employ as minimally as possible to accept the lie that private sector salaries are somehow more honestly earned than public sector ones.
Don’t pay taxes and slash government oversight now so you can pay enormous bailouts later. It’s not a great deal you idiots, and in the meantime you’re fired and hired for less over and over again. Left to its own devices, an unrestricted marketplace would place the lowest possible value on human work as it can. There are more and more people in the world, where do you think that puts your value as a worker?
Democracy isn’t going to work when special interest groups make claims regardless of the truth, and are allowed to manipulate media to indoctrinate a dim, accepting public.
Don’t feel bad about working for the public good, it’s one hell of a lot better than working as disposable labour to make the rich a bit richer.
And if you work for a private company? It’s not a bad thing unless you give them the reigns, they’ll sell you for a short term gain in a second (if it hasn’t happened already to you, it will). Only intelligent public oversight will ensure a reasonable, sustainable, fair private sector. Left to itself private business would cannibalize society for short term gain.