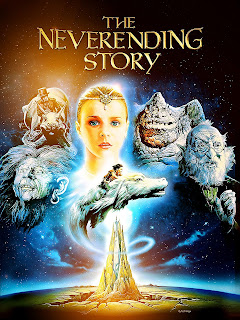 Remember the first time you went away from home without your family?  I’d done scout weekends and that sort of thing, but the first extended time away was when I was heading to Air Cadet Basic Training in Trenton for two weeks in the summer of 1984.  Just before I left I saw The Neverending Story.  As a creative kid who was neck deep in Dungeons & Dragons and art, and whose dad kept telling him to stop wasting his time and take real courses that led somewhere, it resonated.


It’s been thirty-five years since fifteen year old me saw that film and an awful lot has happened in the meantime.  Having just watched it again, I’m stunned by how strange a film it is.  What I took as a high fantasy romp when I was a teen is actually a bizarrely meta (physical) narrative that would make a suicidally depressed Hamlet snort with amusement.  The film was directed by famed German director Wolfgang Petersen, and boy does das kopfkino it produces lay on the schadenfreude thick. 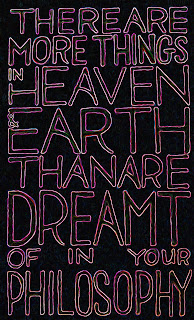 The film’s message, that your imagination can save you from the banality of existence, suggests that you need something more than rationality to justify your reason for being.  Or, back to Hamlet again, “There are more things in heaven and earth, Horatio, Than are dreamt of in your philosophy.”  I find a great deal of comfort in recognizing the complexity of existence, though many people seem terrified of it and go to great lengths to simplify it.

The film’s thesis is that imagination allows us to withstand the pointlessness of existence and offers hope.  If you turn yourself off from the impossible it prevents you from holding despair at bay.  The scene in the film where Atreyu’s horse gives up hope and sinks into the mud of a swamp (of Sadness no less) is one of the most powerful in the film.


The quest that drives the story forward is the destruction of Fantasia, an alternate reality that exists as an expression of human creativity and imagination.  It’s being destroyed because people are losing their hopes and dreams, the very things that cause Fantasia to exist.

Viewing this film produced one of those strange lateral connections for me that science minded people put down to coincidence but artists thrive on.  I’ve just finished reading Michael Crichton’s Travels, an autobiographical book by the popular author where he reflects on his travels, both physical and spiritual.  As a hardening atheist (thanks to reading Dawkins’ The God Delusion) I found myself suppressing eye rolls as Crichton attempts new-age spiritualism again and again in search of something tangible beyond the science he started with as a Harvard trained medical doctor.  But Crichton’s canny speech at the end of the book offers an approach to the unknowable that I couldn’t help but agree with.


It’s worth reading Travels just go get to to the closing speech that he never gave.  It deconstructs a number of scientific prejudices that hard rationalists cling to even though they aren’t particularly logical, such as surgeries carried out to prevent a possibility of illness with no clear scientific benefit, or the long history of fake experimental results that are accepted because they support a current world view rather than the truth of things.  Hard rationalism is as susceptible to fantastic thinking as any other human endeavour.  Crichton’s final lines highlight the space he has made for human understanding beyond the limitations of rational inquiry:


Our rational understanding of things allows us to do many relatively mundane things in the real world, but our existence reaches deeper than that, and we ignore what we are capable of if we limit ourselves to the realms of what our remarkable but limited intellects can comprehend.  Put another way, there is understanding to be found in our being as well as in our thinking.

In addition to critiquing science’s hypocrisy, Crichton also bounces back 2500 years to Lao Tzu (who I have a weakness for) and describes how the founder of Taoism understood how our rational minds and our irrational existence must work together to bring us into a fuller understanding of our place in the universe.  It’s powerful stuff, and a reminder that there is no simple (ie: only mind-based) answers to the big questions.  It takes all that we are to even begin to attempt answer them.  In embracing our existential intelligence we also come to a more balanced understanding of our place in the world.

With Crichton’s angle on how we frame the impossible in my mind, I was slapped in the face by The Neverending Story’s strident attack on reductive, ‘feet on the ground’ rationality in the face of the threat of non-existence.  The brief scene between Bastion and his father is stark and cruel, but I think it points to something obvious.  It’s never mentioned how Bastion’s mother dies, but the father’s unwillingness to acknowledge it in any way suggests a shameful death, and we all know which kind of death is the most shameful and must not be spoken of.


“When a visibly sad Bastian tells his father that he’s had yet another dream about his mom, he responds that he understands, but quickly adds that they have to move on, emphasizing that they can’t let her passing stop them from getting things done. And just when you think he’ll soften up and help Bastian process his pain, Bastian’s father lays into his son for doodling in his notebook during math class.”

– Things about The NeverEnding Story you only notice as an adult

Considering the metaphysical message of this film and that strange dialogue between father and son, I was left hanging on the edge of tears.  My Mum was upstairs the last time I saw this film.  She’s been dead six years this time around, but that sense of loss is always surprisingly quick to surface.  Her life as an artist was frequently derailed and undervalued, and her end was, I suspect, similar to Bastion’s mom’s.  The Neverending Story suddenly took on a resonance that it didn’t have before.


The evil that is destroying the world in The Neverending Story is The Nothing.  It is quite literally non-existence.  Bastion’s father’s brusque ‘move on and keep your feet on the ground’ advice suggests (quite obviously I think) that his mother commited suicide.  The entire narrative in Neverending Story is based around Bastion trying to summon his imagination to battle this existential disaster, something that Lao Tzu and Michael Crichton would both agree can’t be done with reason alone.  The film’s only weakness is it’s reductive imagination is the answer philosophy.  Imagination is vital in bringing you to a place beyond the rational, but populating it with make believe isn’t the goal once you get there.  Imagination is what allows us to see beyond the world around us and plumb those existential mysteries. 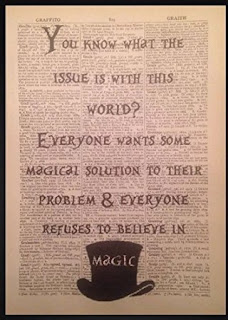 From Kermit the Frog pondering Rainbow Connections to Alice looking down rabbit holes, there is a lot of art that seeks to explore the limitations of rational inquiry and how it fails to answer the big questions.  Creativity is hard enough without tying your hands up with rational absolutism, so I can appreciate why many artists lean more heavily on the hidden intelligence found in existentialism for their inspiration; there is power in our being that cannot be easily explained.

Our ability to reach down into our selves and gain inspiration and insight makes us powerful in a way that thinking never can.  For the Bastions of Neverending Story, travelling Crichtons and other artists out there, it’s something we should never let the hard rationalists of science ever try and trivialize away as flights of fancy.  There are truths in our being that can’t be found through rational inquiry.


Imagination by itself is a fine thing, but when it’s used as a means of opening the door to existential comprehension it really comes into its own.  Crichton describes how measurement always misses the quiddity of a thing, it’s inherently reductive to say anything can be completely understood through its measurements.  A wholistic, existential understanding, along with specific, rational comprehension, is the most complete way a human being can relate and understand the world.  Crichton’s closing lines encouraging us not to ignore and belittle the irrational – something that The Neverending Story also argues, though it gets lost in imagination for imagaination’s sake.


Valuing both rational and irrational human comprehension offers us a more balanced and effective way forward, and gets us into the vicinity of answering the big questions.  The trick is not to get carried away with imagination or rationalism and end up treating either one as the answer to everything.  As in all things, balance offers more insight. 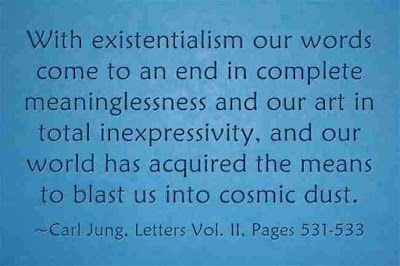 Atreyu: If you don’t tell me, and the Nothing keeps coming, you will die too, both of you!
Morla, the Ancient One: Die? Now that, at least, would be *something*.


Urgl: I like that, the patient telling the doctor it’s all right. It has to hurt if it’s to heal. 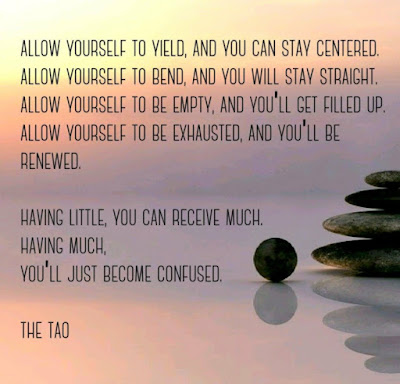 From a 2018/the sky is falling/we’re-all-illiterate-because-of-technology point of view, the book keeper’s scorn when talking to Bastion, the pre-teen main character way back in 1983 (over two decades before smartphones) is interesting:

Koreander: The video arcade is down the street. Here we just sell small rectangular objects. They’re called books. They require a little effort on your part, and make no bee-bee-bee-bee-beeps. On your way please.

… and reminds me of the Socrates quote and that we’re most prejudiced with our own children.  It’s also a timely reminder that the tech of our time doesn’t define us any more than video arcades did in the ’80s.  I grew up in them and it didn’t make me illiterate.