At the end of the 1970s as a nine year old I came across Star Blazers, the English version of Space Battleship Yamato.  This was my first look at Japanese animation, which was quickly followed up by Battle of the Planets and Robotech.  It’s safe to say anime was a major influence on my developing sense of aesthetics.  Being Japanese, there were an awful lot of motorbikes in the various stories, probably because many of the people making the animation were riders. 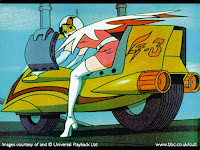 I’ve written about motorcycles and anime before, in fact you could probably call it a recurring theme.  The history of motorcycles in Japanese animation is a long and storied one.  Motorcycles themselves are deeply embedded in the Japanese psyche, in much the same way they are in Western history.  As a symbol of freedom and power, there is little that comes close. 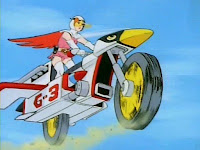 If you haven’t dug into Japanese anime and you’re into two wheeling, you’re missing out.  Anime offers a distinct angle on motorcycling that is often at odds with how it’s presented in film and TV.  It’s also quite culturally distinct.  Japan has a rebel biker culture similar to but distinct from Britain’s cafe racers or North America’s one percenters.  Anime films like Akira make that culture a big part of their story-lines. 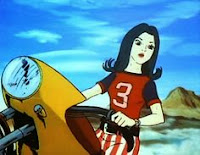 Sometimes I forget how many times my formative, young mind saw motorcycles in anime in the 1980s and filed the idea away.  I’d actually forgotten that Princess rode a bike (albeit with rockets, missiles and it transformed into part of a spaceship – but who wouldn’t want that?).


My life-long mecha メカ fixation (one I share with Guillermo del Toro) often merges with motorcycles.  The Japanese Shinto religion believes in a pan-theistic world where there are many gods or kami that can inhabit anything, including machines.  Many motorcyclists are prone to this Shinto-ist belief – if you don’t believe me ask one what kind of personality their bike has.

If you like the romance of riding, you’ll find it in anime: 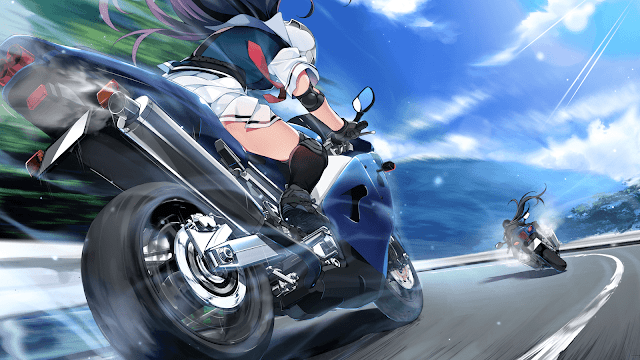 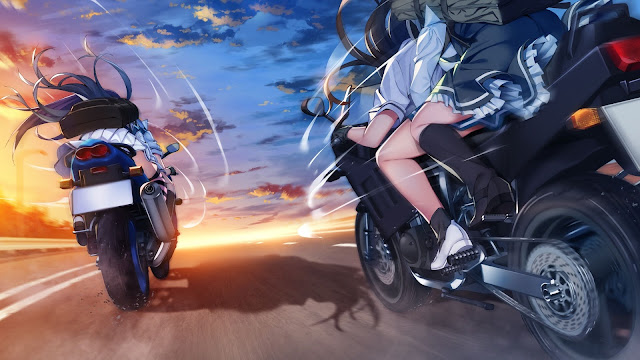 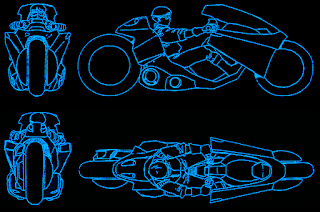 Like Kaneda’s bike?  It’s two wheel drive pushed by a cold superconducting electrically driven power-train on a carbon/ceramic frame.  The whole thing comes in at just over 150 kilos.  You’re seeing it folded down in the lower profile high speed mode, but it bends in the middle into a more standard shaped machine when needed.  It’s rumoured to be a Honda, but any manufacturer’s markings are gone from the stolen bike used by Kaneda in the film. Someone spent a mint making a working model of the thing. 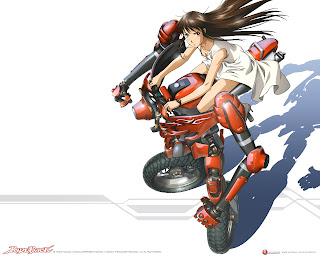 There are a lot of anime that focus on motorcycles, usually with a dash of mecha thrown in for good measure.  Rideback is a near future anime with modern digital animation that focuses on robotic motorcycles, but the main relationship is between an injured ballerina and a modified bike that has all the rider aids turned off (she is the only one who can ride it because of her athleticism).  Once again you get a strong sense of Shinto as the bike itself is presented as a character in the series.  The relationship between it and Rin Ogata allows her to heal after her career ending injury, it’s good stuff!

Baribari Densetsu is another moto-specific anime that’s worth watching if you love riding. Have a watch below, you’ll see what I mean.  This was obviously made by people who ride:

Racing on public, mountain roads by bosozoku on modified bikes was a social issue in 1980s Japan.  This anime follows the story of young men learning how to ride fast before going professional on track.  It parallels the lives of young racers at the time.

If you’ve never given Japanese animation a go, don’t think it’s all one thing.  You can get everything from violent, adult only feature length films to school girl soap operas, and you can bet there are bikes in pretty much all of them.

20 best anime with motorcycles:
www.ranker.com/list/best-anime-about-motorcycles/ranker-animeKino’s Journey is a good one I forgot to mention – there are a pile on there I haven’t seen before that are now on the hunt list.