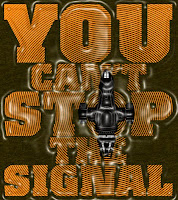 2012 has been a challenging year for me as a teacher, a Canadian and an online citizen. My five big wishes for 2013 range from recognizing digital literacy to changing the way we run organizations, but the underlying theme becomes obvious:  technology is changing how we interact with and influence each other.

A flattening mediascape means everyone can publish information. From wikileaks to Anonymous to social media induced political upheaval, technology is unhinging how societies control their members. Organizations that used to control their message through limited access, broadcast media are stumbling while whole populations are discovering that they can now speak to more people than multinationals could in television commercials only twenty years ago.

Here are my five big wishes for these interesting times in which we live:

We stop wishing for digital literacy and actually do something coordinated about it.

Students flounder in this strange new world as much as anyone else.  We’ve not been very organized about trying to get them up to speed. A Digital Skills Continuum needs to be integrated into curriculum. We need to stop putting our faith in myths like digital natives and BYOD and begin to intelligently address the revolution we’re in the middle of.  We do a real disservice to students with the half-assed way in which we deliver digital literacy.

As a teacher I’m worried not only for students I see being graduated into a time of radical change with virtually no preparation from their education, but also for the teachers who seem intent on patently ignoring these changes to both their own detriment and those of their students.  If I could get Ontario education leadership to stop playing politics and get back to, you know, education, this is what I’d be begging them to begin taking seriously.

Listening to business types begging us to graduate people who are useful in a digitally enhanced workplace is panic inducing! I really wish we’d start taking this seriously and build it into curriculum so technologically illiterate teachers couldn’t just ignore it.

Watching the Ontario Liberal Party thrashing around in its death throes was been startling, getting black eyes from their their dishonest, manipulative politics has been very disheartening. Ontario has one of the cheapest, highest performing education systems in the G20 and performs favorably when education costs per GDP are concerned with even many third world countries. We don’t pay much for the fantastic results we get. Watching politicians (who get to magically become my boss when they have no background in what I do at all)  heap lies on their mistakes and vilify my profession has been very demoralizing.

I’m sorry that I let the divisive nature of this battle turn me on Ontario Catholic teachers. I think the dual nature of our public/Catholic boards in Ontario must enrichen our educational process somehow, and it isn’t breaking the bank as many might have you believe. If we’re this good for this little, just leave us alone to do our work; go play your shabby political games by yourselves.

Perhaps begin by not bailing out giant multinational banks and lousy car makers.

Teachers vocalize how difficult their job is

Part of the political angle played against teachers is that they are overpaid and under-worked. This plays to an uneducated idiot’s view of the profession – I’m surprised by how many people swallow this, and it isn’t helped by many teachers not saying anything in response.

I don’t doubt that there are a few that do as little as they can while milking the system, but in my experience these people are a tiny minority. The vast majority of teachers I know put in sixty hour plus weeks while in school, and still spend hours a week working on preparation and research when not actually in class.

I recently did the math, if you look at the time I put into my job, I make about $15/hour… and I need two degrees, first aid qualifications, a clean driver’s license, a clean criminal record and years of experience to make that much. Starting teachers make less than minimum wage if they are also doing the requisite extra curriculars and extra class work.

Watch any teacher who is active online and you’ll see how much time they spend collaborating on lessons and building good pedagogy. If we judged every profession by the 5% who bottom feed, no one would be looking very good.

I wish more teachers would open their mouths and explain to friends and family what it is they do. The chance to spread this information far and wide lies at your fingertips.

I’ve been begging Canadians to put away their be-polite mantra and recognize what we are doing well.  Apparently being proud about hockey is as far as we’re willing to go.  Watching (evidently) cash strapped boards throwing out thousands of dollars to push bankrupt American philosophy makes me financially, culturally and educationally sick. If we do something well, recognize it and bring in the local talent that is making us world class. I’d love to see more Canadian content in the educational conferences I’m attending. I’d love to see more Canadian educators publishing and presenting on what we are doing; the rest of the world would benefit from it… especially the Americans… even the Charter school ones.

Social media is wreaking havoc on the status quo. Organizations used to a hierarchy based on one sided media transmission are floundering. The signal is no longer owned by the few rich, anyone can now publish information to the world.

An active democratic population isn’t what most of these organizations want though. They are far happier with an apathetic electorate that hands them sufficient power every few years and then does what they are told. This came home to me not just with the Ontario Liberal nonsense, but with my own union’s nonsense too. It’s a tough thing to have two organizations that are supposed to be representing you instead threatening you for exercising your voice.

After making mistakes that would make any individual blush, these ‘leaders’ are incapable of a simple apology, which only indicates the arrogance still found in the crumbling halls of power. Many of these people in positions of power still feel that they are superior human beings to the rest of us. I’m all about the healthy dose of humility coming their way.

The democratization of media is forcing a democratization in organizations too. I tried to do this in my union and was demonized for it. At least the inevitability of progress is on my side with this one. With individuals having more voice than ever before, the idea that organizations can force their members into a lockstep, parroting the company/union/government line is an old idea whose time has passed.

Democracy is messy, loud and boisterous; forcing a single voice in this noise is factory thinking.  As is said in Radical Transparency, “Radical transparency means you don’t have to stand up and read a script, you don’t have to wonder how the numbers will play out on a new policy… you know your beliefs and you act on them.”

Leaders who are managers and don’t stand for anything shouldn’t be leading. I’m looking for people who believe in what they say, and say it consistently   Clever people who think they can manipulate people to their own ends? Those people have an uphill struggle in a flattening mediascape.  The leader who is transparent and direct in their communications? That person need never fear many voices, their transparency is their strength.

What I’m really wishing for is a digitally literate population who makes effective use of our new ability to speak loudly to each other without being pushed to distraction  by it.  The weak link in our current digital maelstrom are the people using it.  If we could manage:

we’d be able to begin to exercise the real power of a global village.  Classrooms that range across the world, world wide democratic voices empowered by free information, transparent organizations that prevent abuse by being only what they are, publicly… that’s all I’m wishing for in 2013.