There has recently been a fair bit of push back against STEM as a focus in schools, but as a classroom technology and engineering teacher I have to tell you, there is no STEM.  By sticking science, technology, engineering and mathematics in an acronym, many people, especially people who aren’t in classrooms, think that this is some kind of coherent strategy, but I can assure you it isn’t, at least not in Ontario.


Maths and sciences are mandatory courses throughout a student’s career.  Technology and engineering are not, ever.  Maths gets even more additional attention because of EQAO standardized testing, so numeracy is an expectation for all teachers throughout the school.  Science is mandatory throughout elementary grades and high school students are required to take two science credits to graduate.  Maths and science are baked into a student’s school experience. 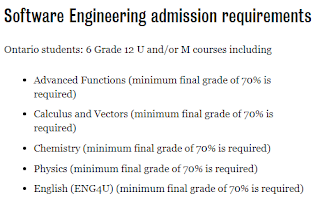 Want to feel the sting of irrelevance?  Waterloo University (and many others) do a fine job of underlining how little technology and engineering programs matter in high schools.  If you’re signing up for their software engineering program you need lots of maths… and lots of science.  Engineering for an engineering program?  Well, there’s no point in making it a requirement because it’s an optional course that is barely taught anywhere in Ontario.  At one point I heard less than 15% of Ontario schools run any kind of coherent computer engineering program.  The technology prejudice is a bit different, that’s more of a blue collar white collar thing, but engineering, as an academic focus, has been swallowed whole by science and maths.


SM has always been a foundational piece of public education, and remains so, but the entire ‘STEM push’ is really an SM push, engineering and technology remain barely taught and entirely optional and peripheral in Ontario classrooms, assuming they exist at all.  Tactile, hands on technology programs with their lower class sizes, expensive tools and safety concerns are the first to get canned when the money tightens up.  It’s cheaper to stuff 30+ kids into an ‘academic’ (aka: text based/theory) course where you can sit them in efficient rows and learn linearly until everyone gets the same right answer.  It doesn’t do much for them in the real world, but it’s cheaper.  Math and science make sense in a school system focused on those kinds of academic economics.


Governments get voted in by creating panic about student mathematics skills, and how science is taught is another political hot-spot that gives politicians lots of traction.  I have no doubt that these two subjects enjoy the attention they do because of this political fecundity.  Engineering and technology?  The skills that build the critical infrastructures that allow us to feed, connect and house people?  Not much political mucking to be done there, it just needs to work.


Last year I had a student graduate and go on to college for computer technology.  He had some trouble in school, but was on track to be a successful computer technician.  In his first post-secondary computer technology courses he was feeling well ahead of his classmates and was confident of success, but not all his classes went so well.  He ended up failing his maths course and eventually dropped out of the whole program.  Talking to his mother after this happened, she implied that I’d failed to teach him the mathematics he needed to succeed.  I didn’t argue the point (I don’t teach mathematics other than in conjunction with what we’re doing in computer technology).  There is an entire mathematics department with ten times more personnel, resources and infinitely more presence in the school than me an my oft-forgotten program, but with STEM ringing in her ears we’re all lumped into that failure.


This year I’m rocking a budget (which I’ve already exceeded in the second week of September) that is 25% of what it was a few years ago.  Everyone is seeing cuts, but the mandatory departments are protected in a way that our optional courses are not.  Where they might see a 10% cut, I’m seeing 75%, because what I teach is not a priority.  That cut is happening while I’m actually up in sections due the success we’ve had in various competitions and the media attention we’ve received (but not in our own yearbook).


You can rail against STEM all you like, but there is no such thing.  If there has been any STEM funding with this focus it hasn’t found my technology and engineering courses, because not all STEMs are considered worthy of political attention.  The best I’ve seen out of this are a few more manipulatives in maths classes based on corporate tech-in-a-box, but building a kit isn’t engineering.  When you’re engineering there are no instructions and the end goal may not even be possible, you certainly don’t end up with everyone looking at the same finished product.  That kind of stochastic process is another reason why eng/tech is frowned upon in academic settings; they like everyone to arrive at the same correct answer.  It makes for a clear sense of progress, but learning to deal with potential failure in reality isn’t wasted time in school. 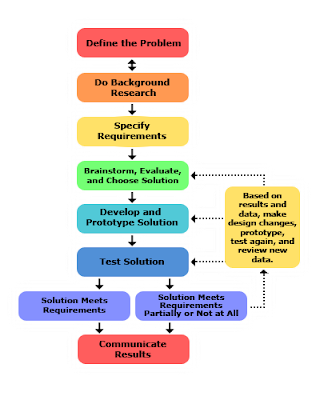 In the article that kicked this off, you get a very articulate and scholarly take on the value of a liberal arts education and how it can free you from economic bondage in our overpopulated and automated world.  The down-your-nose ‘yeomanship’ / servitude argument pasted on STEM and CTE as a preparation for the workplace ignores the many soft skills that hands-on technical training can provide in favour of the argument that students of technology are dimensionless corporate shills whose only interest is to find work in a system that doesn’t really need them.  But aren’t we all yoked to our broken economic system?  A degree doesn’t somehow free you from that commitment, but it will bury you in debt and the attendant servitude to it.  A technical education costs less and teaches you some valuable soft skills that will help you in any vocation, while also offering you a shot at something other than general labour.  The engineering design process technology training is predicated on would help anyone in any aspect of life where they must self-organize and tackle a problem that may not have a solution.


I have a liberal arts education (English and philosophy majors) and I greatly value the discipline it has brought to both my thinking and writing, but that doesn’t mean I don’t value hands-on mastery and the attendant good habits that accompany it.  It took me a long time to value my technical, hands-on skills against the constant noise of academic/white collar prejudice and privilege.  Since moving to technology from English teaching, I face that pressure daily, as do my tech-teaching colleagues.  In speaking to many people I still get the sense that technical, hands-on skills are inferior to academic skills, but I find them complimentary, not less than.  It would be quite a thing if we could value a student’s technical hands-on mastery as much as we value their academic grades… or even their sports abilities.


I get the sense that Professor Zaloom believes the future will be full of highly educated academics elucidating on the state of humanity while they float above economic necessities with their intellectual freedom.  I’d argue that learning hands-on technical skills gives you a variety of soft-skills (persistence, self-organization, resilience, humility to name a few) that will help students deal with that overpopulated, automated future every bit as much as a degree might.


If you follow that article through, it’s less about STEM and more about what we’re going to do in an increasingly automated world populated by more and more people with less and less to do.  In that no-win situation, the value of being able to repair your own technology and understand the hidden systems that regulate your life is another kind of literacy that I think all students should have, especially if they are going to depend on those systems and let them direct their lives.

Technology education offers that insight along with a plethora of tough-soft skills that are wanting in many academic programs where established reality is whatever the teacher thinks it should be.  There is a hard, real-world edge to technology training that is often hard to find in the mentally constructed world of academic achievement.  Matt Crawford describes management thinking in Shop Class as Soulcraft as having a ‘peculiarly chancy and fluid character’ due to its success criteria being changeable depending on the whims of the people in charge.  That was my experience in too many academic situations.  You know where you stand in technology because reality isn’t fickle.


It’s a shame that this pointless acronym has thrown a blanket over the grossly neglected curriculums of technology and engineering, while giving even more attention to two of the Disney princesses of academia.  To be honest with you, I think technology and engineering would be just where it is now had this STEM focus never happened, which tells you something about how this ed-fad has gone down.

The rich intersection of a liberal arts background and technology expertise:  Zen and the Art of Motorcycle Maintenance.

Shop Class as Soulcraft is a must read, but so is Matt’s follow-up, The World Beyond Your Head.  A philosophical look at the power of tactile skills to free us from consumerism and the mental world of the digital attention economy.