If you had £70k to spend on a car, which would you choose?

This Sunday, #TopGear tackles the £70k Renault-shaped elephant in the room with a good ol’ shootout at the TG track pic.twitter.com/46ThMytfSR 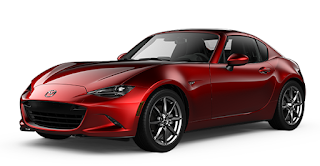 Mazda 2019 MX-5 RF GT
$44,870 CAD
That’s a GT model with bells and whistles.  Put me on a twisty mountain road in this and your typical knuckle dragger in one of Top Gear’s choices and I bet I’m the first one to the end… and I won’t be sending it in for service and repairs every five minutes – and it looks spectacular! 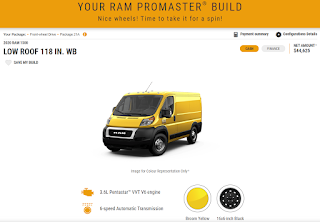 RAM ProMaster Van
$44,625 + $15,375 upfit = $60,000
If you’ve read this blog before you know I’ve got a Guy Martin/van obsession that often coincides with a mid-Canadian-winter psychotic episode (I’m getting close now) involving escaping south with a bike in the back for a chance to get on two wheels again.  The Ram’s a funky van.  I’d keep back another $15,000 to upfit it into a long distance camper/bike hauler/multi-use vehicle.


That puts me at about $105,000 Canadian with two new, very different vehicles.  What to do with the other sixteen thousand? 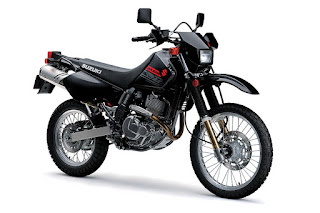 Suzuki DR650SE
$6000 (!)
They’re on sale at the moment and a rock solid piece of off the tarmac ready kit.  It’ll keep up with traffic on the road (unlike the KLX250 didn’t) and take me anywhere – including expanding the short Canadian riding season by tackling the odd bit of snow.  I might look into some enduro competition with it too.  It’s be a rough and ready option in situations where I’d be worried about a more road ready bike.


I’ve still got ten grand to play with and I’ve already had more fun than any of the try-hard Top Gear choices.  Time for something really frivolous that’ll be as fast or faster than any of Porsche/Renault/Lamborghini nonsense that kicked this off. 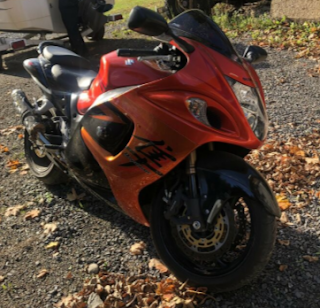 ’08 Suzuki Hayabusa
$7000
The first thing I stumble across on Kijiji is a $7000 ’08 Suzuki Hayabusa.  Odd that Suzuki is the only Japanese manufacturer I’ve never owned and I’ve got two on the list this afternoon.


I’ve got a thing for orange bikes, and this one looks a peach – older rider, low mileage for the year and well looked after.


I’d hold back the other three grand just to make sure this is faster than anything on Top Gear’s list because I like to be Tom… Petty.


If I had £70k to spend on a car?  I’d buy a nice car, a useful van and two awesome and very different motorcycles!  Why be dull?