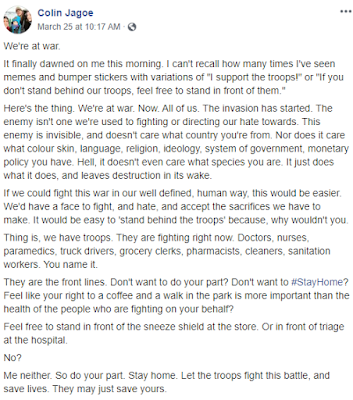 The wise, Jedi-like Colin Jagoe posted a link about how the COVID19 pandemic is very much like being at war.  This got me thinking about how our behind-closed-doors / business-as-usual approach to managing this crisis has been… minimalist.  This shouldn’t be about maintaining the organizational status quo, it should be about building a resilient, transparent and responsive approach to dealing with an unprecedented social engineering challenge.


The following reflection highlights how a transparent, communicative, engaged leadership approach helps mitigate one of the truths of fighting a war:  “No battle plan survives first contact with the enemy.”     In the fluid and rapidly changing situation we find ourselves in, it might be wise to lean on some military wisdom in our response.


I was an air cadet in the 1980s in Mississauga.  One of the major pillars of that program is teaching leadership.  I took summer courses on it and spent at least dozen hours over and above school each week working through cadet syllabus on it.  It’s safe to say air cadets was a seminal experience for me in that it not only showed me how I can best fit into an operational structure, but also how to run one effectively in a changeable environment. 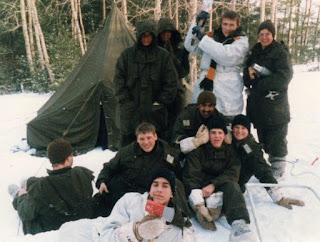 When I was halfway through my cadet career we went up to Base Borden for a March Break training exercise.  Pete Rudin was my flight sergeant and as experienced as a cadet can get being only a couple of months away from retiring.  I was a very keen new corporal.  Our flight consisted of about 35 kids ranging in age from brand new 13 year old recruits up to savvy 18 year old veterans like Pete.  We got put into a capture the flag game against other flights, but Pete did something no one else did.


While all the other flight sergeants split their groups up into the standard squads (one experienced NCO leading 4-5 very excited and inexperienced younger cadets) and ran things top down, Pete differentiated his leadership approach based on the human resources he had at hand.  His plan was to create a massive group of all the new recruits who were anxious and a bit freaked out and move into the exercise with this slow moving but unstoppable unit.  He knew he had a few experienced and gung-ho junior NCOs who wanted to run, so rather than hold them back in the big group he told us to recon where the other teams were and report back. 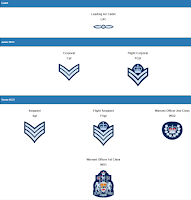 You can imagine how that felt.  When your flight sergeant acknowledges your esprit de corps and gifts you with a special assignment, your already gung-ho approach steps up another gear.  Things went as you might imagine.  The other junior NCOs and I ran off into the woods full of adrenaline and immediately began finding those little homogeneous squads.  As soon as we made contact we’d run back to the hive, usually with that squad chasing us thinking we were an easy kill… then they’d come over a hill and find dozens of excited youngsters swarming around our flight sergeant, and get retired from the game.

We began hoovering up squads and about an hour in I stumbled across the other team’s flag – the one we had to capture that would end the game.  I barely got out of there alive (if they pulled the flag off your arm you’re considered retired), they had two of their most experienced squads on defence.  I managed to get away and ran back breathless to tell Rudin where the flag was.  Ten minutes later it was all over as our hive swarmed over the hill into the dell where their flag was hidden.  The two squads they’d put on defence couldn’t believe what was coming at them.  Our youngest, tiniest new cadet took the flag and ended the game (I think Pete made a point of that).


Afterwards, I asked Flight Sergeant Rudin how he came up with this bizarre approach.  He said something I’ve never forgotten: “I figured if I tried to keep you guys back with the big group you’d be hard to manage and it wouldn’t help things.  We’d perform better if I didn’t have to micromanage when you wanted to be doing something else that would produce better results for all of us anyway.  The little ones looked terrified, so I wanted to keep them with me and build their confidence.”


We were the  younger team in that capture the flag, with less experienced NCOs – the other team was cocky and confident because they had many ringers.  Rather than open up the rule-book and follow homogeneous protocols designed around top-down control that would have ended up with us losing, Pete differentiated his leadership approach and gave each of his people just what they needed to succeed.  He also arranged things so that everyone was in contact with everyone else and made communication easier by giving us a clear focus to return to, it really was a brilliant piece of planning beautifully executed. 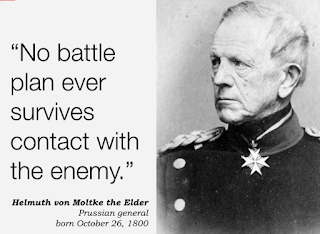 I never forgot that lesson.  In retrospect, it was the centralization of resources, clarity of the planning (it was all done out loud with us all standing around Pete as he elicited ideas and worked out what we were going to do), and the focus on communication that allowed it to succeed like it did.  Everyone knew what we were doing, why we were doing it and how to let the group know if it was or wasn’t working.  When we caught the fourth squad who had no idea that three others had been caught by our big hive, I began to realize what that lack of communication was doing to the other teams.  No battle plan may survive first contact with the enemy, but designing a plan transparently and reflexively with clear communications channels allows your organization to respond to surprises quickly and effectively.

I ended up retiring a sergeant in cadets.  Others have suggested that only making it half way up the command structure is somehow a failure, but I don’t see it that way.  I finished my career as Rifle Guard Commander and Colour Party Commander and occupied a specialist role in our large organization.  The metacognitive awareness of how I can operate most effectively in a large organizational structure was another invaluable result of my time in cadets.  I’m very much a sergeant – good at dealing with tangible, immediate issues in small groups collaboratively and imaginatively (handy classroom teacher skills, eh?).  Given latitude I liked to exercise initiative and move quickly – did this sometimes get me into trouble?  Yep, but the leaders I had recognized those skills and made a point of leveraging them.  That made me feel like a valued member of the organization, rank wasn’t the only thing that defined me.

I was good friends with many of the younger cadets who ended up in charge of our squadron – many of them attended my 50th birthday party last year (we’re all old now, so those year or two differences don’t matter any more – but then they didn’t back then either).  They didn’t make rank about exclusion, privilege and control and they acknowledged their cadets’ expertise and experience by making productive use of them by differentiating the roles they assigned. 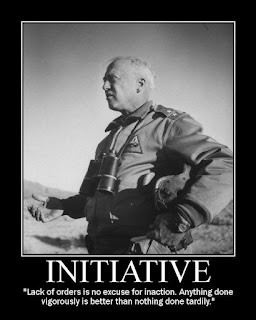 This collegial and transparent approach to leadership allowed us to execute the cadet syllabus with precision and flair.  It also allowed us to revise and respond to the unknown quickly and effectively when on exercises, contact with the enemy be damned.  I’m really proud of the things we learned and work we did.  This experience has aided us all in our professional lives as adults.  This transparent, communicative approach has informed much of my teaching practice.  If you asked my students what they find most compelling about my classes, I think many would say that sense of agency – I acknowledge their strengths and honour them by differentiating their work.


I’m missing that transparency, clarity of purpose and engagement now, even though not one of the teens I just described had a post graduate degree in leadership.  If we are indeed at war as Colin suggests, then we need to quickly engage and develop effective communications and a clarity of common purpose, or all of those secret plans being developed behind closed doors won’t survive first contact with an enemy we’ve too often underestimated.  Initiative is lost, but it’s never too late to try and get it back.