After looking over some internet advice (sic) on how to start a long dormant motorcycle engine (and ignoring never ending discussions on it), I got the XS1100 to the point where it would crank over (with spark plugs removed).  The plugs look brand new, but sooty.  Cleaning them up and regapping should be all that’s needed.  It’s nice to know it isn’t seized, the electrics aren’t pooched and the starter motor sounded solid.

I also have the airbox off and the carbs cleaned (though they look pretty clean before I did them).

The gas tank is a rusty mess, it was left outside and empty for a length of time.  I’m thinking about doing some instructables chemistry on it, just to try it.  Failing that, I think I’m going to try Evapo-Rust. 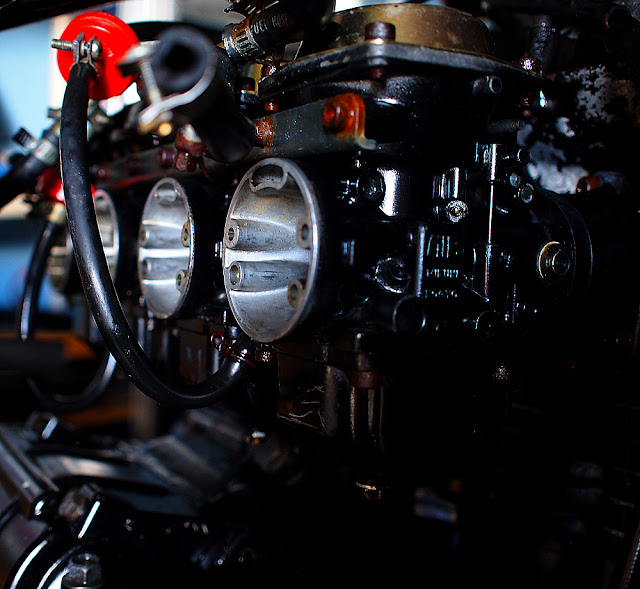 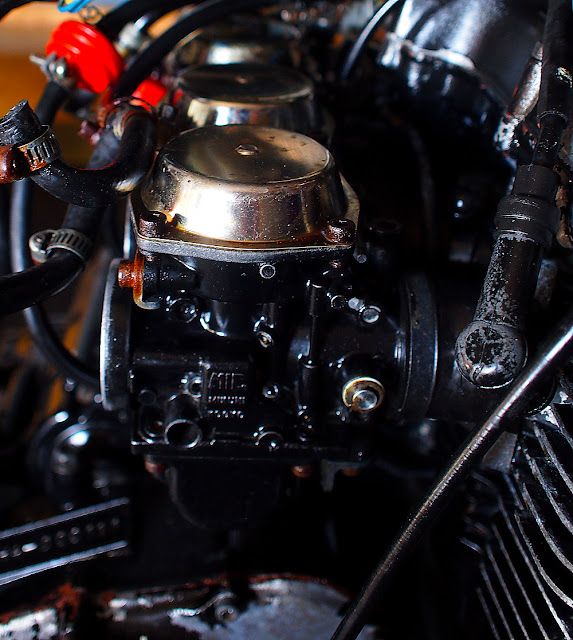 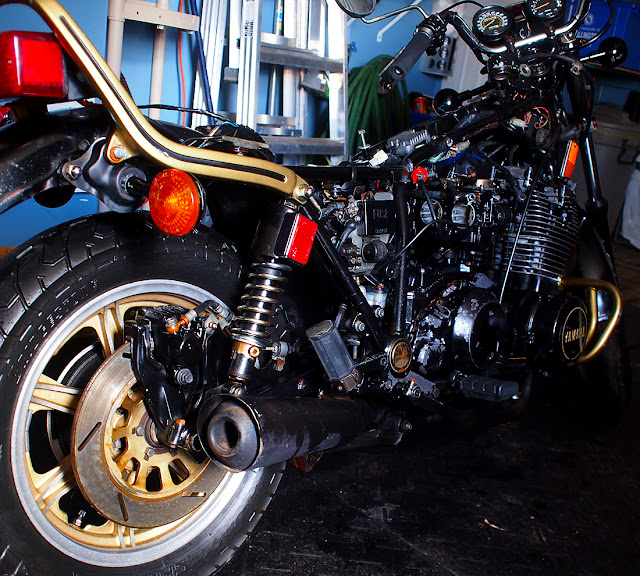