As thousands of young teachers are handed pink slips and those left behind are looking towards a system intent on cramming as many students into a classroom as possible, good will is drying up in Ontario education.  You might not think that this matters, but it does.  Good will is what has teachers doing hundreds of hours of volunteer work each year to maximize student experience in school.  All of the teacher coaches and club leaders spend time enriching their schools with these efforts.  I’m hard pressed to think of a single teacher I work with who doesn’t do some kind of volunteer work in addition to their paid work. 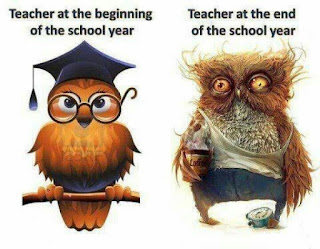 Beyond the volunteerism, there is a general misunderstanding in the public about how well teachers are paid.  From reflective edu-blogging and sharing best practices on a Saturday to marking on a Sunday morning, most teachers aren’t work free when they aren’t at work.  You might think this extra effort is well funded, but it isn’t.  With five years of university and the massive debt that accompanied it, ten years of industry apprenticeship and experience, five summers of additional qualification training and fifteen years of teaching in Ontario classrooms, I take home about $58k a year.  I don’t work all year round, true, but on the weeks I do work I typically average about 10 hours of work a day on teaching related activity and about five hours per weekend.  I typically put in at least 6-8 hours of work a week during holidays as well, just to keep up on marking and planning.  Out of my fifteen teacher summers off I taught summer school on five of them and took additional qualification courses that I had to pay for myself in another four.  On other years I’ve presented at conferences and learning fairs.  I don’t think I’ve had an actual summer off yet, so don’t get too carried away with those ‘summers off’.  The vast majority of my summers have been work related, and often at my expense.


Some Teacher Math:
2000 hours of work while teaching daily (40 weeks per year, 5 days a week, 10 hours a  day)
+160 hours over weekends (40 weekends per school year, 4 hours per weekend)
+25 hours over stat holidays (Xmas and March Break, Easter, etc)
=2185 hours of work.   That’s not counting the week before school starts when I’m usually in pretty much every day until things are ready to go, or extended field trips when I’m essentially at work 24 hours a day, or the times in the summer when I’m training, or presenting at educational conferences.  Nor is counting any of the hundreds of hours I spend working on Skills Ontario, CyberTitan or other extracurricular student enrichment.  Sure, not all teachers hit it this hard, but you’d be surprised at how many do.


At my $58,000 take home a year that’s about twenty six bucks an hour – and I had to spend huge amounts of money and years of my life to get myself trained to the point where I could even begin to do this job – a job that I still have to do even when I’m sick (teachers plan their own absence when away ill).  I then had to spend fifteen years teaching at lower salaries and paying for additional qualifications to get to where I am at the top of the pay scale.  If you factor in all the extracurriculars that many people believe should be a requirement of my job, my take home pay for the amount of time I put into this gig is about twenty bucks an hour.  If you think teaching is about the money, you have no idea what you’re talking about.


When I left millwrighting in the early 1990s I was taking home $918 a week for a forty hour week.  If I took an extra half shift, which I often did, my take home was more than I make now as a teacher some thirty years later.  Of course, when I did overtime in the private sector I got paid for doing overtime.  When I do overtime as a teacher, I get attacked by my employer.


I think teachers get paid sufficiently, but you’d have to be nuts to say it’s extravagant.  Unlike provincial politicians, Ontario teachers haven’t seen cost of living increases that keep up with inflation in the past decade, and we’ve had all sorts of contractual obligations illegally stripped in the same period.   So, if it isn’t the money and safe working conditions that keeps people at this, what does?  It’s good will.  Teachers go above and beyond for their students.  All they ask in return is to work in a system that honours that effort with equal bonhomie. 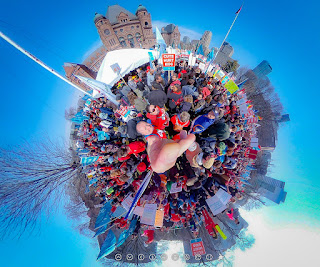 When we get into a situation like we do now, where a government uses our profession as a scapegoat for all of society’s ills, that good will evaporates at a startling rate.  A difficult but satisfying job becomes just difficult.  Young teachers who have been battling for years to find permanent work are shaken out of the system and the best senior teachers start thinking about all the other ways they could make a living with less hassle elsewhere.


Good will is a fickle thing and it seldom beds well with politics.  As our populist regime with a mere 23% of Ontarian’s votes steamrolls our public support systems while paying off friends and family, the feeling that this is about balancing a budget feels less and less true.  If Ontario were to attack its financial imbalance in all areas, I think education would be more than willing to do its part, but when MPPs are voting themselves cost of living increases while removing many teachers’ ability to make a living at all, it’s hard to feel like we’re all pulling together.  As things tip further and further out of balance, there will be a brain drain from Ontario, which is a loss that is already hurting our classrooms and one that will cost the province for years to come.