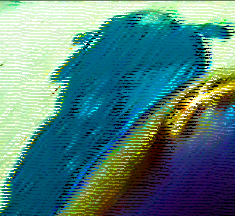 It’s been one of those days.  I have a 21 year old motorbike but the 10 week old battery in it failed and almost stranded me on my way to an exam.

I’m still not sure how the Concours found a way to start with next to no electricity but I’m mighty glad she’s looking after me.  I ended up making it to work in plenty of time.

The other day the Connie wouldn’t start, plunging me into despair.  Had I wrecked the electrics with my wash last week?  Had I wired something wrong?  It turns out no, I hadn’t.  On the upside, it wouldn’t start in my own driveway, which makes for cheaper towing costs.

Thanks to some quality engineering by Motormaster I was the proud owner of a 10 week old Eliminator battery that had a bad cell.  Want to hear the sound of frustration (and Concours magic?), here it is:

I’m still not sure how the Connie got going again with almost no electricity, but she pulled it off and got me to work.  I had the auto-tech teacher handy in case my bump start failed, so here’s how it went:  I duck walked the Concours to the slight downhill out of the parking lot and got it going down the hill as quickly as I could.  I had it in second gear with the clutch in.  Dumping the clutch I got a couple of big chugs and then the bike stopped.

I’ve had a lot of experience bump starting cars.  I was the proud owner of a series of Chrysler and Ford products in the 1980s, many of which seemed determined not to start.  I’ve bump started everything from Chrysler Lasers to Ford Escorts and Mercury Capris (all manual shift, I’ve never owned an automatic).  If it’s got four wheels, I can probably get it going.

There is something you need to know about bump starting a bike if you’ve only ever done it in a car.  When you get a car rolling you don’t need a lot of speed because you’ve got so much momentum thanks to the weight of the vehicle.  With the bike you need to get more speed going because you’ve got much less weight.  My first motorbike bump start didn’t because I didn’t recognize the difference in mass.  Get your bike going faster than you do with a car before you drop the clutch.

Of course, no one bump starts anything any more because it would damage the on-board computers, so this is an academic discussion.

After a jump from the auto-shop at school I was rolling again.  I got home, took out the battery and brought it over to my local Canadian Tire where it failed the tester in less than thirty seconds with a bad cell.  Twenty minutes later (there was a lot of paperwork) I walked out with a new replacement.  It’s since been filled and charged.  Hopefully the new battery can keep up with the 21 year old parts around it this time.

What does a new battery do?  Well, the bike starts the moment you touch the starter.  It feels more awake.  I imagine the plugs were putting out some pretty weak spark at idle on a dying battery.  While riding the bike seems to lug less at low rpms and feels sharper.  The lights glow brighter too.

The parts desk at Canadian Tire said they’ve never had an Eliminator fail like this before.  If it’s a one off I’ll shrug and take it as bad luck.  If I’m swapping it out again under warranty then I won’t be buying another one.  There was no real cost because it died in my driveway, but had it died on the far side of Georgian Bay it would have been much more expensive.