The Fireblade project has the main bits (fuel leak leading to an engine drowned in gasoline) fixed with a carb rebuild and a new petcock.  But there are lots of bits and pieces to sort out before I go get it safetied and put on the road. 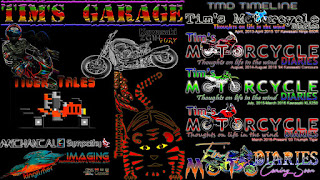 The weather warms up tomorrow so I’m hoping for a ride, but Saturday was a -20° March 7th kinda day, so into the garage I went to get the little details worked out.


I was initially going to hold off on the LED indicators, but dead bulbs and broken covers on a 23 year old motorcycle meant the LEDs were actually the cheaper, easier and more modern looking fix anyway.  I’d brought a second set when I got the ones for the Tiger, and also got an adjustable indicator relay, so I had all the parts on hand. 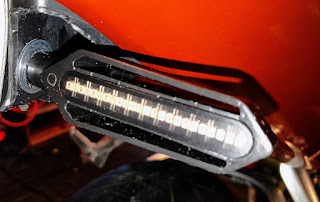 The rear indicators look like they were attached by a monkey.  I ended up pulling them all off and removing all the stripped, half installed wood screws that were holding them in.  I then drilled a hole in the rear plastic under-tray and mounted the second set of LEDs I had on hand from the Tiger upgrade. 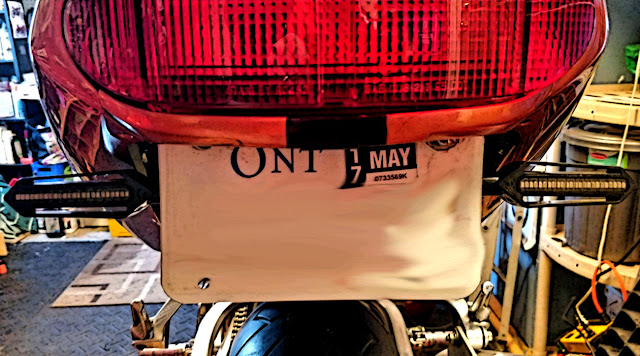 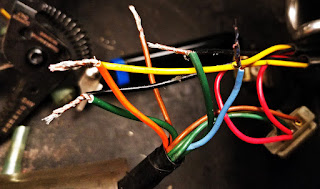 The wiring was pretty straight forward with green being ground on both indicators (connected to black on the LED) an orange to LED power (yellow) on one side and light blue to LED power (yellow) on the other.  The LEDs also have brake light function where they strobe when you first press the brake.  Both red cables on the LEDs go together into the middle pin on the brake lights.  It works a trick:

Some other odds and ends are also proving troublesome.  Living in rural Canada means everyone’s still in love with imperial sized fasteners.  All our local hardware stores have rows of ’em, and maybe 2 metric bolts.  It was tricky figuring out the sizes of missing fasteners anyway, but some internet research into OEM parts supplier parts listings got me this far: 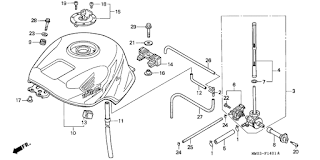 
A 6×40 metric bold means (as I understand it) a 6mm wide bolt that is 40mm long.  But metric sizing also looks like M6x40. I’m assuming their the same but don’t understand why there isn’t a consistent format for metric bolt sizing.


Some other resources around motorcycle fasteners:


https://www.webbikeworld.com/motorcycle-nuts-bolts-fasteners/
Lots of links to other websites.


The bolts into the frame that hold down the fuel tank and the brace for the windshield are 6×40, but I couldn’t get an M6 bolt in there.  I ended up cleaning out the thread by tapping it out again and then it went in nicely.


Rubber parts are particularly hard to find on this kind of bike – it’s just old enough for existing stock to be gone and just young enough not to have a classic aftermarket parts ecosystem.


The cracked airbox rubber connector to the carbs is nearly impossible to find.  The only 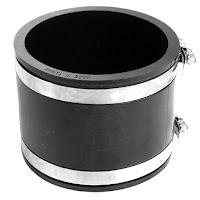 online place I can find them is for a full set of four plus shipping from Europe is over 70 Euro ($110CAD)… and I only need one of the damned things.


I’m looking into some cunning fabrication options.  Some people have tried plumbing PBC couplings as a kind of secure bandage over the original rubber tube.  Though if I can find one that is the right diameter and well put together I might simply be able to trim it and substitute it.


Others have tried various fixes like heat shrink or inner tubes.  I’ll do some more research and figure out next steps…


These guys suggest silicon hose as a temporary measure.  Since what I need is on the airbox side (I was easily able to get carb side rubber replacements), it shouldn’t see too much gasoline so the silicon fix might be the quickest way forward.

These guys suggest a sealant.  Again, because it’s not on the carb side this might do the trick.  In terms of cost this is the cheapest fix, so I’ll probably start there and see how it goes.

I’m wondering if I can’t 3d print the correct part.  There are flexible materials we can use to print objects using a 3d printer.  I suspect we’re only a few years away from having a 3d printer in our garages that can print these rare parts out of flexible filaments: