We attended the POND family day a couple of weeks ago and the steady, plodding nature of drug based (forget gene therapy, it’s miles away) research around ASD and the frustration expressed by some parents got me thinking about what I’d do if they suddenly could ‘fix’ ASD.


Watching my son growing up with an ASD diagnosis that I never had sheds a lot of light on how my own mind works.  When I watch him fly into a rage and begin looping I realize that he is a piece of me.  When I watch him hyper-focus and grok something completely, that’s a piece of me too.  While I’m frequently frustrated by social interaction, I’m not sure I’d be as good at some of things I excel at if I weren’t neuro-atypical, the same goes for Max. My undiagnosed ASD has made for a strange educational history.  I dropped out of high school before finishing, an apprenticeship before finishing and college before finishing.  I was on my way to dropping out of university when I started battling my default approach of getting everything I wanted to get out of something before walking away.  The social conventions around education, especially the graduating bit, has never held much sway over me.  I only started attending them at the behest of girlfriends who suggested that the ceremony mattered.  From my point of view once I’d learned what I needed to know I was done.


I played sports throughout my childhood but the getting of the trophies was always an anti-climax; something I tried to find ways out of.  I loved the competition but found no value in the social conventions around the awards ceremonies.


Social conventions have always been difficult for me to grasp.  The natural tribalism that neurotypical people seem to thrive on is foreign, abstract and often upsetting.  Obviously definable traits that other people cling to like religion, nationality and political affiliation seem like strange abstractions to me.  Even obvious associations like gender and orientation seem like affectations.  Would life be easier if I just fell into those assumptions and social conventions like most people do?  Probably. I have few friends but that doesn’t make me feel lonely.  That idea of loneliness and belonging is another one of those neurotypical assumptions that I find foreign.  When I started motorcycling a number of people immediately tried to get me into group rides; I don’t get them.  The whole point of motorcycling is to feel free.  How does riding in tight formation all over the place accomplish that?  Others feel power in that social affiliation and get a real rush out of publicly expressing it.  Being out in public in a big group makes them feel noticed and important, but I just don’t get it.  This has led to ongoing difficulties, especially with groups that thrive on hierarchy and social presentation (which is to say most of them).  Because I’m not bothered with the group dynamic I’m seen as an outsider and potentially disruptive to the organization.  People who get a charge out of the drama and politics of group dynamics find it easy to alienate me from a group, and tend to do so.


I generally undervalue my influence on other people because I assume they feel the same distance I do.  I’m almost pathologically unable to remember names.  This is often described in terms of introversion or shyness, but if this is what ASD feels like then it’s more like being a stranger in a strange land all the time; I’m always a foreigner.  I used to think this was because of my emigration to Canada when I was a child, and that certainly set the tone, but I’d been odd like that even before we left.  My lack of belonging is endemic.  Every so often I meet an exceptional person who is able to see me as I am and not be frustrated by it, I never forget the names of those people. 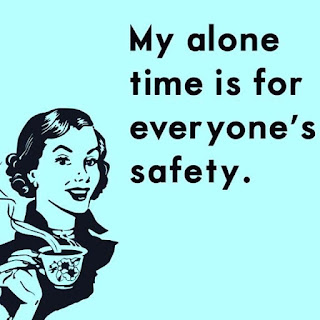 As I’ve gotten older I’ve been able to better define my strangeness and I’m trying to manage it more effectively.  I find that exhausting, but not having giant lists of friends or feeling an important part of an organization?  Not so much.


This is made doubly tiring because of the career I’ve wandered into.  Teaching is a social process, and while I love the intellectual complexity of pedagogy, technology and curriculum I’m constantly frustrated by the political and social pressures associated with it.  Whether it’s union, administration or parental social expectations, I’m often oblivious to what people expect of me and baffled by their responses.  I expect ethics and reason to dictate people’s actions, but those things aren’t guiding principles in many decisions.  Self interest hidden in socially normative ideas like class, religion or group politics are what drive many interactions between people.


I recently backed out of headship and tried to refocus on the parts of teaching I’m good at rather than trying to herd the cats.  Even when refocusing on teaching I find that I’m having a lot of trouble with social expectations.  In 2017 a student’s attendance is optional, their willingness to learn is optional and any failure seems to be entirely because I can’t teach.  Parents can pull their child out of classes for weeks at a time in the middle of a semester and I shouldn’t wreck their holiday by assuming they will keep up with class work while they’re gone.  At some point teaching has turned into daycare, which means the things I enjoy (curriculum and pedagogy) don’t matter so much any more.  For someone who doesn’t intuitively understand socially motivated change, this lack of clarity around the evolving expectations of an education system that is evolving into a social support construct is very challenging; it has been a bewildering and upsetting couple of weeks at work. So here I am, feeling quite out of place, but that’s nothing new.  If I was suddenly told that they could cure ASD with a drug would I do it?  Would I be less stressed falling into the same political and social conventions neurotypical people seem to thrive on?  Would I be better off thinking like the majority?  Probably.  I can only speak to my own experience, but if it meant losing my ability to focus, which happens because I’m not predisposed toward social or political gamesmanship, on creative and technical expression then no, I don’t think I’d volunteer to become less of what I am.


I’d let Max decide for himself after researching the science, but I’d hope he values his independence and uniqueness of thought as well, even if it generally annoys other people and isn’t the easiest way forward. The only reason other people want you to think like them is so that they can manipulate you.  Why play to that?