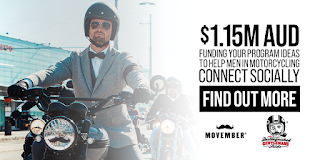 I took a swing at the Distinguished Gentleman’s Ride Social Connections Challenge with MOTR Garage in the last post, but that idea might not tick the “innovative and disruptive” box – motorcycle coops already exist, though not in the format I’m suggesting.  My angle was to leverage retired teachers to connect men inter-generationally, but otherwise it’s an existing concept and not particularly disruptive, though it is scalable anywhere public education exists.

I just heard back from Motorcycle-Diaries and learned that I did not win their 2020 Dream Ride Contest, though being a top 5 finalist worldwide was pretty good by itself.  The winning trip by Theo De Paepe on riding to the northern lights is a moving piece worthy of the win.  Participating in this contest and reading all of these moving dream rides got me thinking about how digital connectivity might be used to reach out to younger potential riders lost in the digital wastes of 2020.

My own piece for that contest was on riding my granddad Bill’s path though France as a part of the British Expeditionary Force in 1939 and 1940 before the Blitzkrieg swept them out of continental Europe.  William Morris’s war record was another one of those family secrets that wasn’t talked about, but his military service during World War 2 is the stuff of film.  One of only a handful of his RAF squadron that escaped occupied France, Bill recovered downed planes during the Battle of Britain and then experienced three harrowing years in Northern Africa fighting Rommel as a driver in the RAF armoured car division.  He finished his tour in the white helmets motorcycle stunt team, doing drill and stunts on motorbikes!

Discovering my Granddad’s history was a great way to reconnect with a man I was close with as a child, but lost connection with when we emigrated to Canada.  As I was working through that family history I uncovered another mystery the family had been very quiet about, the death of my great aunt Faye.  My mum’s middle name was Faye, but I hadn’t realized she was named after her aunt.  I also didn’t know that Faye had died in a motorcycling accident in Norfolk in the mid-sixties when she was hit by an army lorry.  My mother had always stridently opposed me riding, and now that all suddenly made sense.  That my great aunt’s death ended my granddad’s life long love of riding and also prevented me from getting on a motorcycle when I first started driving is a lasting source of frustration.


Motorcycling isn’t easy, but it speaks to your very being, and it tends to self-select a certain kind of person.  It tends to run in families because families are literally all certain kinds of people.  Trying to bury my motorcycling family history only worked on me because I was an immigrant child separated from his extended family.  While I had uncles and cousins riding in the UK, I was oblivious in another country.


Finding my way back to my motorcycling gene played a big part in me eventually getting my license, though I’m frustrated at the lost decades I could have been riding.  It got me thinking about how many people are separated from family and live in a cultural void where they feel like they come from no one and from nowhere.  But we all have history, and many of us will have ancestors who rode.  Motorcycles used to be transportation before they became recreation.  Any rider can tell you how often an old timer will come up and start chatting about a bike they once owned – it happens to me on the Tiger all the time (Triumph is an old brand with a long history and a lot of old-timers have owned one). DGR’s Social Connections Challenge wants to focus on disruptive, on-the-ground projects that help socially disaffected men who are more prone to suicide.  As a group, immigrant children are more socially disaffected than most, growing up in a strange country where they have no extended family.  The UN’s latest report has over two-hundred and seventy million people living as immigrants in countries they weren’t born.  On top of that there are many more people living without connection to their family history for various reasons.  Having grown up in a place where I had deep roots and moving to North America, I often meet people who have no idea where their families came from or even who anyone was before their grand parents.  In the early 20th Century motorcycles were transport, not a recreational activity, so many people have family history on two wheels they know nothing about.  I speak from personal experience when I say that making that connection is a powerful thing.


With that in mind, here’s another pitch to DGR’s Social Connections Challenge:

Inspiration:  As an immigrant child I’ve been separated from my extended family for most of my adult life and missed out on motorcycling through family as a result.  After my grandmother’s death I returned home to England for the first time in three decades and discovered secret family motorcycling history which prompted me to get my license.  Family connections have allowed me to bypass the postmodern amnesia many people face; that feeling that we are no one from nowhere. Ride To Remember would be an online resource that connects riders and would be riders to their family motorcycling history.  Realizing that riding is a part of your personal history is powerful.  Not only would this encourage new riders to ride by normalizing what is now considered a high risk activity in our sedentary, safety-first societies, but it would also reconnect us to a sense of continuity and belonging through our own family history.  Motorcycling is an acknowledgement of an inclination that often has roots going back generations.


Target Group:  disassociated men who feel that they don’t have a culture or family history related to riding.  The UN reports over 270 million people have immigrated internationally, and many others are separated from family through circumstances such as adoption.


Proposed Solution:  An interactive website/online community that collects and shares family history related to motorcycling: an ancestry.com for motorcyclists.  By connecting disenfranchised men to their family history, I hope to offer them the same sense of belonging and cultural connection that I have discovered.  By leveraging online connectivity and modern data management, Ride To Remember collates historical motorcycle related media in an easy to access database surrounded by a engaged community that encourages disassociated men to rediscover their moto-roots.


Project vision:  the pilot period involves setting up a .org site that creates an online relational database of motorcycling history using existing online documents tagged with details that allow users to search for material based on time, geographic location, names and other details.  A.I. image recognition software would be used to web-crawl and archive historical motorcycle related online images and online sources.  Long standing manufacturers, museums and vintage motorcycling organizations already have online presences that would provide regional structures in this growing information cloud.   With a growing data structure in place, analytics would allow users to quickly find connections.  They would also be encouraged to add information to the database, further enriching it.  We are at a pivotal time where a lot of analogue material will get lost in digital translation, this project would also encourage digitization of photos and documents for future motorcyclists.  The final stage would be an interactive database that connects people to their motorcycling past and reminds us that none of us comes from no one, nowhere.


Project leads:  writers, photographers and family historians who ride (like myself), anyone with family history in riding (motorbikes used to be family transport!) would be encouraged to share their ancestral motorcyclists.


Over 270 million immigrants in the world today:
https://www.un.org/development/desa/en/news/population/international-migrant-stock-2019.html

The Motorcyclist, by George Elliot Clarke – an ode to George’s father, who rode at a time when Canada made it difficult for black men to do anything:
https://quillandquire.com/review/the-motorcyclist/


We live in a broken world where families are torn apart while chasing (or being stolen) by globalism.  There is a power in riding that self selects a certain kind of person.  Remember The Ride will reconnect lost people to family two-wheel roots that run deep.


https://pier21.ca/home
Pier 21 in Halifax is the location of the Canadian Immigration Museum.  As a nation of immigrants, Canada is particularly prone to family amnesia.