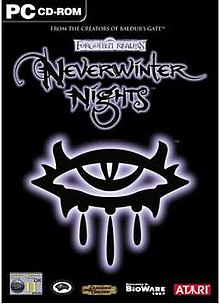 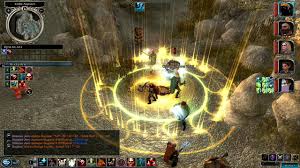 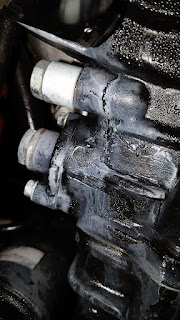 How cold has the polar vortex been?  So f#*%ing cold!  Our garage is attached to the house and we’re in and out of it quite often, so it benefits from a lot of residual heat.  Even with this insulated garage with heating pipes in the attic and a lot of sympathetic heat from the attached house, the Tiger was a solid block of ice (pic on right shows it thawing) when I went in to attach mine Hepco & Becker motorschutzbügel (engine guard) in schwarz (black).  I ended up giving up on the -36°C degree Saturday and went back when it was only -17°on Sunday.

I’ve been looking for ways to protect the Tiger as I aim for more off-tarmac activities with it, and an engine guard seemed like a good idea.  Finding such an engine guard for a European (at least until Brexit) bike that’s sixteen years out of date isn’t easy, but I came across the German manufacturer Hepco & Becker and then followed links to their American distributor, Motomachines, who happened to have just what I needed in stock and have no problems shipping to Canada.  They’re also really quick to respond if you have any questions and give you quick, friendly, concise communication, I’ll use them again.


It was about a week to get here through US and Canadian federal mail services and cost me another thirty bucks at the door in border fees, so all in I was at about $350US to get the thing into my hands.  It arrived well packaged and in new condition.  There was some surface rust on the threads into the pipes, but it cleaned up easily with WD40. 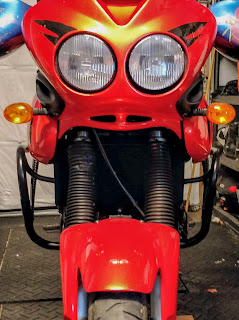 After not being able to feel my hands anymore despite propane heaters blaring away in the corner on Saturday, I finished the job on Sunday.  Holding the nuts on the back while securing the bolts is a bit fussy (these guards attach right to the engine frame mounts), and swearing increased trying to do it on a frozen bike, but I eventually got them sorted.


The guards are very sturdy and the welds on them are a thing of beauty.  They’re low profile things that should protect the tank in case of a spill.  The finish on them is excellent and looks to be very long wearing.  With a couple of places to kick my feet up onto, they might help me stretch out my legs on a long ride too.  I’m tempted to throw some fold up highway pegs on them, but this aggravates the adventure bike image police.


I’m still some weeks (months, who am I kidding, though if I can’t be optimistic in February I start to go bonkers) away from having a chance to ride with them, but they look good on the bike, got here pretty quickly and with a lot of quick and clear communication from Motomachines.  If you’re looking for an engine guard for an older Tiger (or anything else, they have a big selection), I’d suggest heading over to their site and then get in touch with them on email, you’ll hear back quickly from responsive customer service. 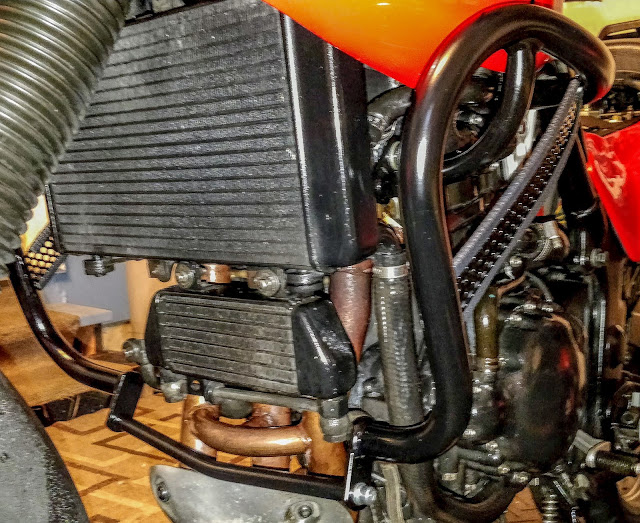 In completely different news, thanks to all of this lousy weather we’ve had a number of no-bus days at school which gave me a chance to ask our metal shop teacher to exercise his plasma cutter on my behalf.  I gave him a vector image of the Concours tail piece I wanted cut and the machine ripped through the aluminum I got for the job in about five seconds, cutting a perfect outline of the cardboard piece I’d wrapped around the tail section before unfolding.  This strange shape lines up with the frame bolts on back end of the bike and covers all the wiring and ugly bits in the most minimal way possible.  I’m going to form it over a wood buck and then paint it to match the tank.  That should take care of the back end of the Concours ZG1K custom project.


Now I need to get the carbs balanced and tuned and it should be good to go, which I intend to do as soon as the roads are clear… in, like, ten years. 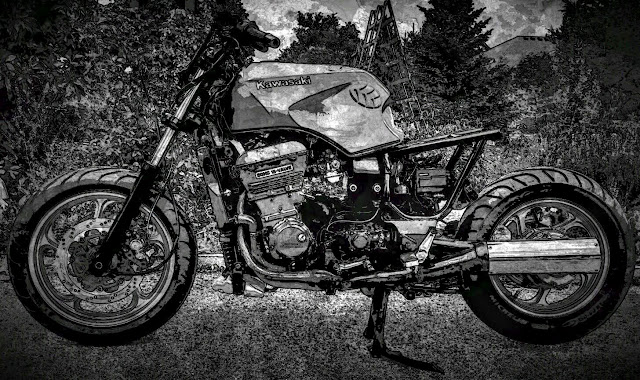