Over the Easter long weekend I’ve rebuilt four carbs and put them back together again.  Unfortunately they won’t go back on nicely thanks to two decade old rubber boots, so they’re on order.  It’s nice to have a forced day off.

If you’re ever rebuilding carbs on a ZG1000, and the airbox on it is more than ten years old, it’s a good idea to get some airbox ducts (that connect the airbox to the carbs).  Supple, soft rubber is important when connecting these up.  I tried for a frustrating couple of hours to get them to join properly.  This is especially difficult when the inner boots are rock hard, even when warmed up.  Steve suggests new carb boots to cut down on swearing, he ain’t kidding:

I contacted my local dealer and they can have boots here by Wednesday.  They’re charging less than they are going for on ebay or online retailers.  Score one for my local.  Sixty bucks means less swearing and an easy install.  Wayne, the Yoda-like parts guy at Two Wheel, says you’re lucky to get two decades out of a set as they harden over time and eventually split.

With the weather going sideways again, there won’t be much of a chance to ride any time soon.  Hopefully this means I can get this odyssey finished and the bike back on the road by the time the weather clears again. 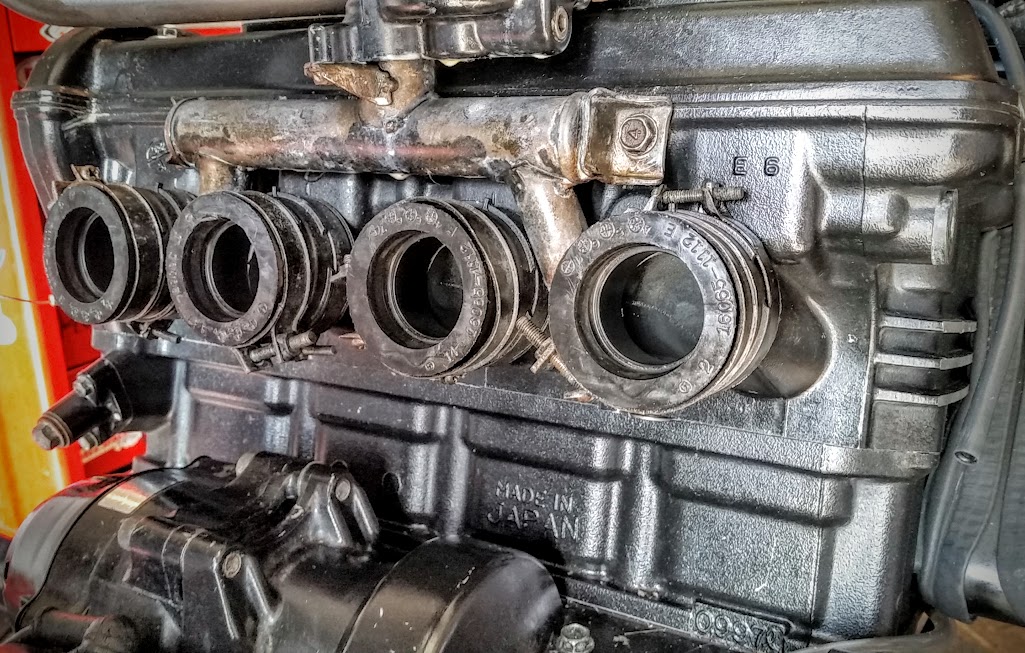 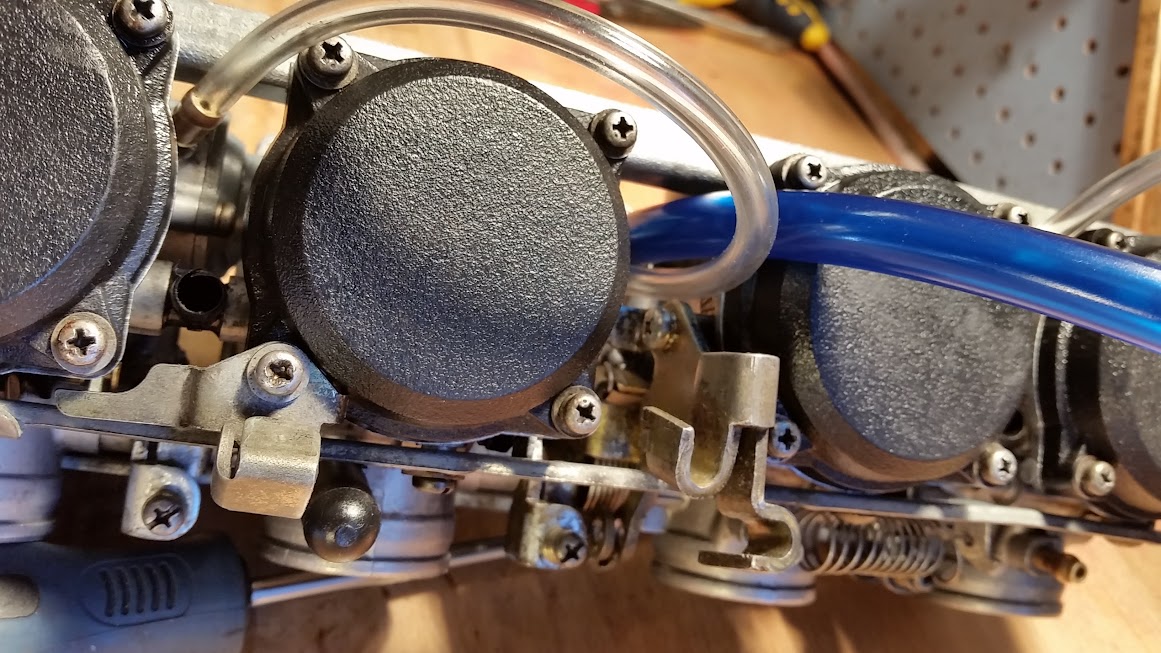 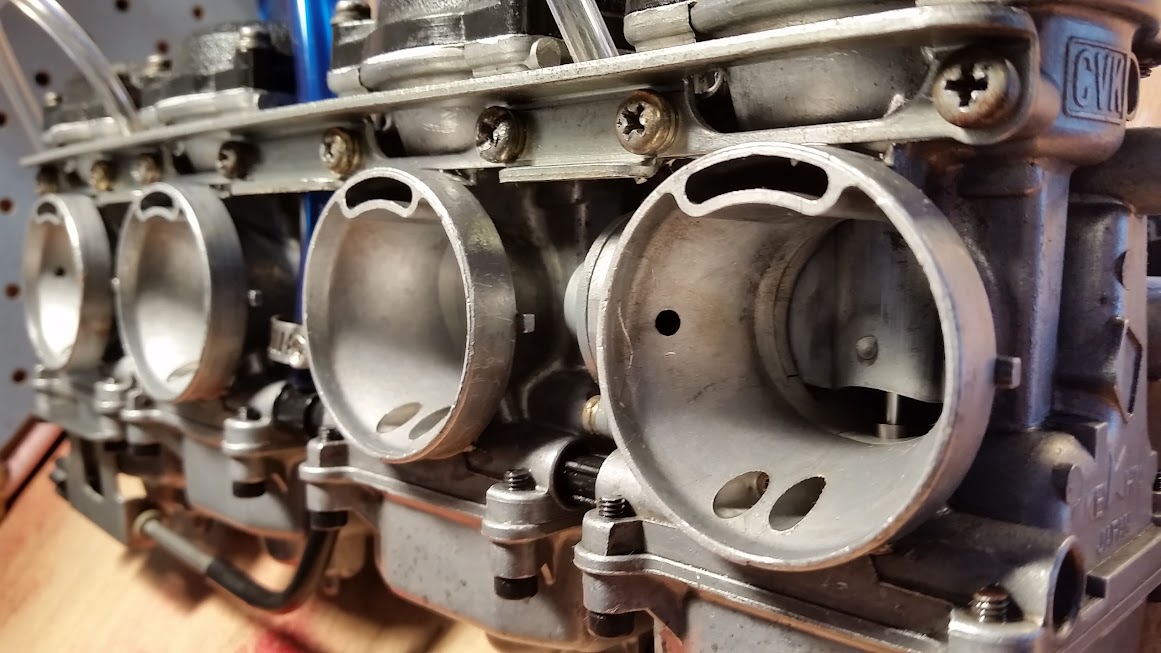 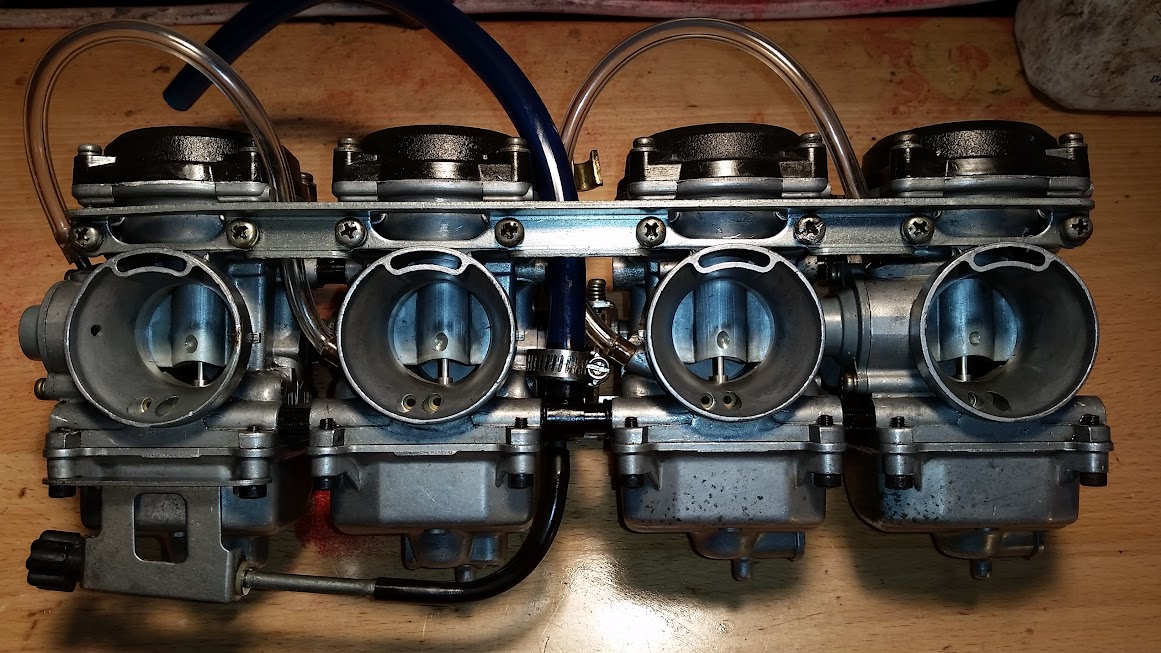 This ordeal has me rethinking things.  My wife suggested I unload everything except the old XS1100 and buy a regular motorbike that is more dependable.  When I started riding I got a dependable bike that just needed some cosmetic work.  It was so dependable it was tedious.  Since then I’ve gone back in time and enjoyed the world of carburetion and two decade old rubber, perhaps a bit more than I wanted to.

I genuinely enjoy mechanics, but never when there is a time demand on it.  I’ve already missed three riding opportunities because of the stuttering Concours, and this irks me.  The idea of wiping the slate clean and moving forward appeals.  I started riding late and moving through a number of bikes seems like a way to catch up on my lack of experience.  Maybe it is time to put sentiment down and move on.  I didn’t start riding to watch the few lovely days we have in a too-short riding season pass me by.

The little Yamaha and the KLX are gone now, netting me about $3000.  As it happens, a 2003 Triumph Tiger is available just over an hour away for about that much.  Come the end of the week I might be able to say, “a tiger?  In my garage?  Must have escaped from a zoo!”