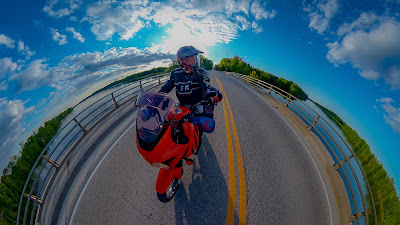 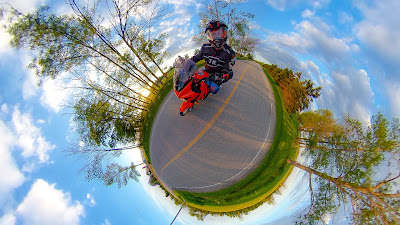 Went out for a nice ride on a beautiful spring evening.  The bike was low on gas but I was still in the red, so I pushed on.

Couldn’t have asked for a nicer night.  Bikes were out everywhere, me along with them.  I looped out east and then passed south of home and followed the river west. 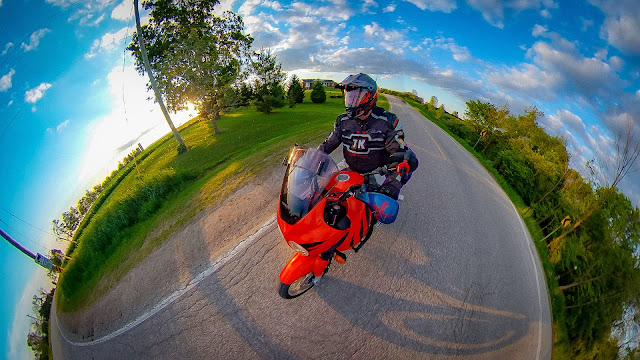 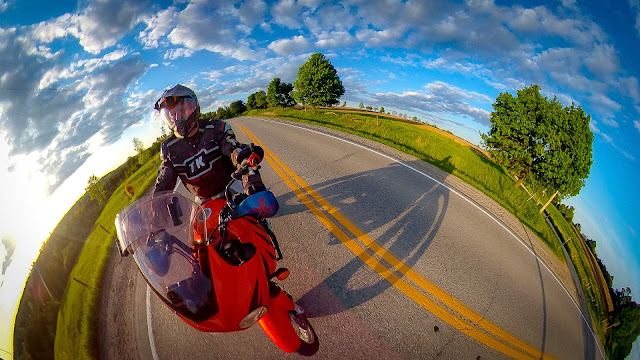 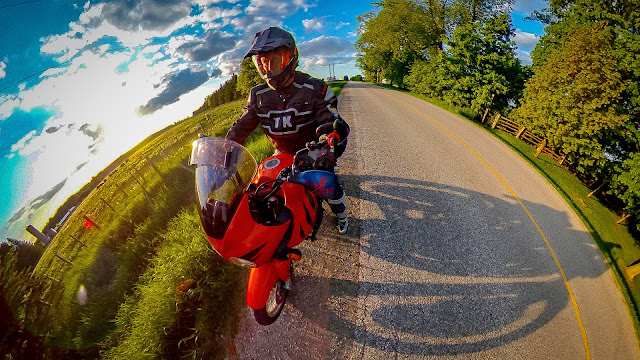 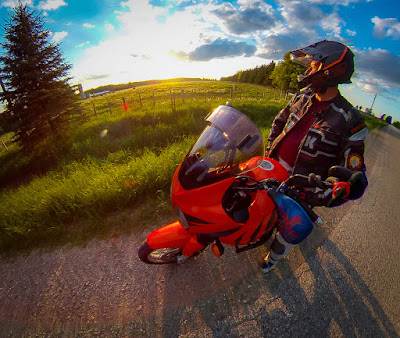 In the setting sun I came across the Black Power Bison Farm.  The big furry creatures were grazing in the golden light… very idyllic. 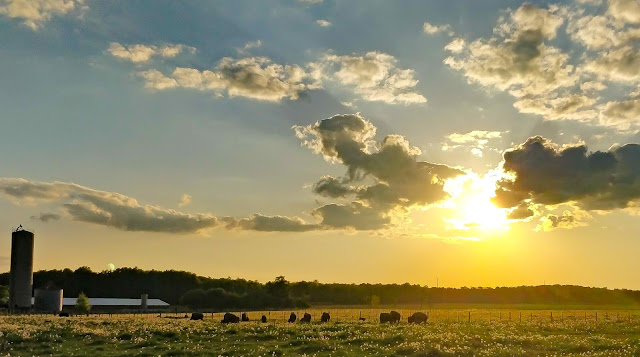 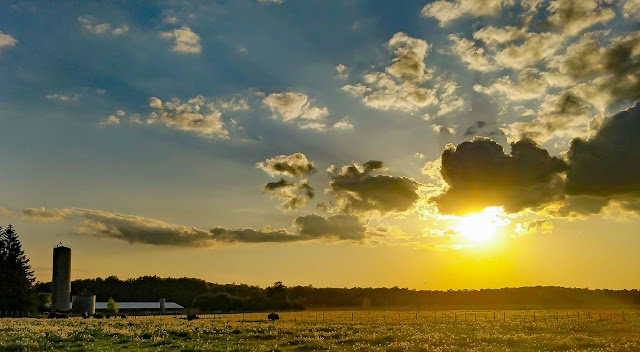 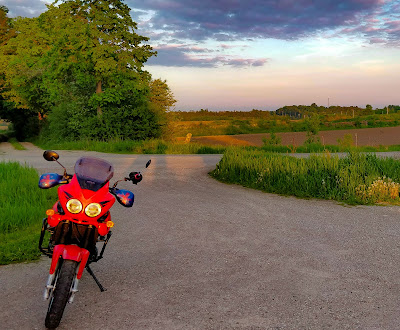 From there I continued west downstream and turned onto highway 86, wondering when the gas light would come on to give me the immanent fill up warning.  Instead of the light coming on the Tiger hesitated as I accelerated up to speed on the highway, and then stalled.  I rolled to a stop on the side of the road and it wouldn’t restart.  I gave the bike a shake and it started, so I looped around and started heading back toward the river and the road home, when it stalled again.  I kept it rolling and pulled back on to the side road I’d just ridden up.


As I ran out of momentum I could see the Kissing Bridge Trailway parking lot.  It was only a short push up a slight hill into the lot.  The sun was casting its last rays across a beautiful evening.  I got out the phone and called home – fortunately my son picked up and mobilized the cavalry. 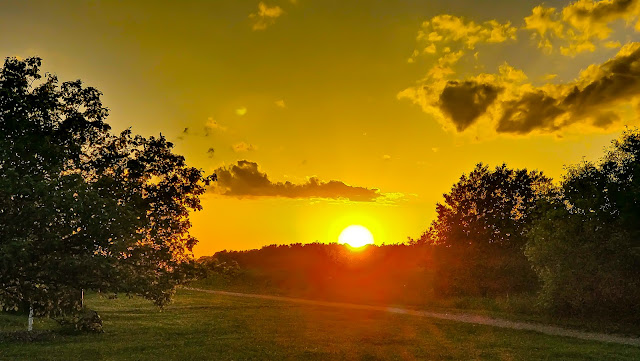 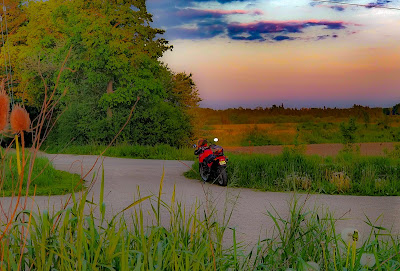 I pushed the Tiger out to the front of the empty lot so my rescuers could see it and spent my time in the dying light reading about the Trailway and taking photos.  There is a video where a guy is riding his old Triumph and it won’t restart after he stops for a pee.  He rages at the machine, but eventually ends up soaking up the nature around him.  With a Zen like calm, he eventually kicks the old bike over and it starts – it wouldn’t while he was angry.  I wish I could find that video and share it again here.  No point in being angry, best to be where I am doing what I’m able to do. 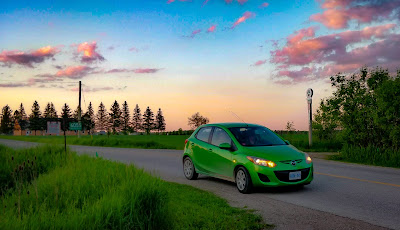 Soon enough my lovely wife and son showed up with the gas can.  I put a litre into the tank and the Tiger immediately fired up.  They followed me the ten minute ride back to Elora and we topped up the bike and refilled the gas can.


Now to figure out why the low gas warning light isn’t working on the Tiger.