I stole one from February last year.  This year the weather aligned again and I was able to get a ride in between snow storms.


It was a cold commute in before 8am, about freezing, but clear and sunny.  I took it on the chin knowing that it’d be worth it on the way home.


Coming out of work past 4pm it was about 10°C and windy, but I can go all day in ten degrees.  I took the long way home, 27 kilometres of leafless trees, rivers with cubist banks of ice shoved into  the new mud by our recent floods, and a sky so winter blue that it wriggles before your eyes; all while leaning into fifty kilometre hour gusts of wind.  It was glorious!


I can still operate the bike without a thought, but I missed all sorts of apexes.  I’m rusty with neglect. 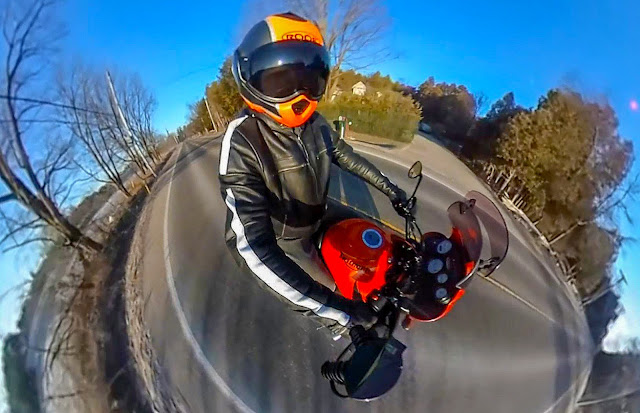 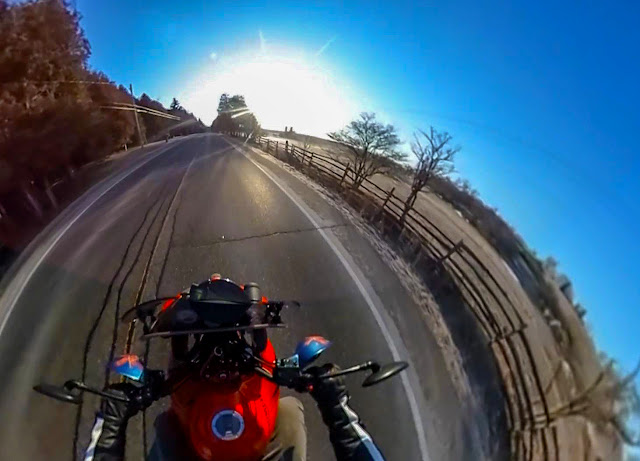 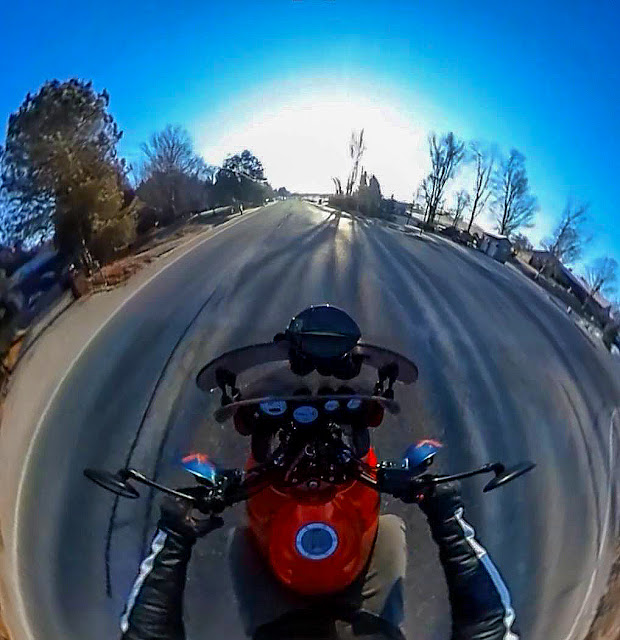 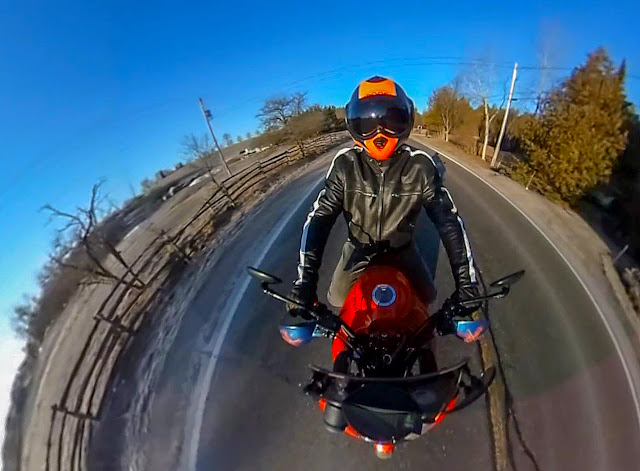 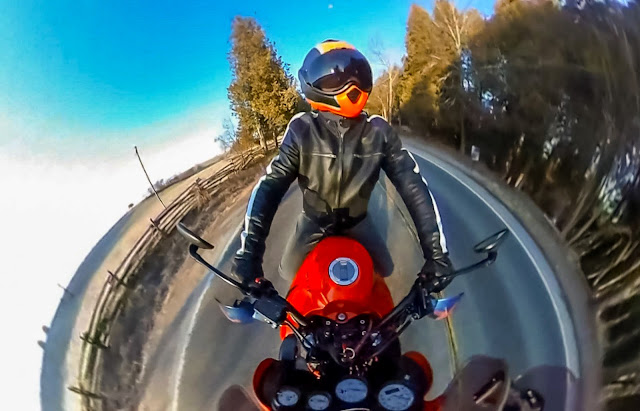 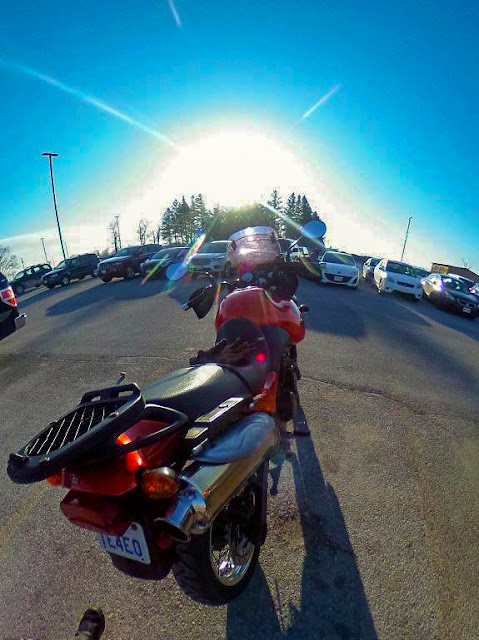 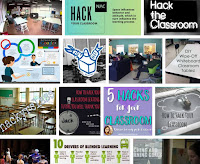 Like many social trends, hacking came into education late. Decades after the concept reached world wide understanding in technology, education took it up as a great leap forward and a way to catch up with the times, except everyone else has moved on, again.  WIRED recently published an article that demonstrates technology’s evolving relationship with the hacker ethos.  In questioning the value of hacking as a moral and useful way of thinking, this article raises some interesting questions about the many teachers who want to hack the classroom, or teach children the magic of hacking.

If, as Joi Ito suggests in that article, “the hacker archetype had found its highest articulation in one Donald Trump”, then perhaps it’s time for educators to rethink their hacking fandom.  At its roots hacking is an act of hubris designed to beat a system at all costs.  It is driven by pride and arrogance and the results always justify the means.  A successful hack is a forced, rushed, short-term result that only has value to its user.  Hackers don’t build things, they break things, twisting the intentions of designers and diverting shared resources for their own needs; hacking is an inherently self serving and destructive act.

In certain circumstances (say, Scotty on the Enterprise jury-rigging together some dilithium crystals to make the warp drive work and save everyone’s lives), a hack might be just what you need, but to base your personal knowledge on hacks, or worse, teach it to many people as curriculum, is madness.  Whenever someone hacks together a solution in a complex system, it weakens the system.  You might get what you want out of it in the short term, but capable people will need to come in afterwards and repair what you’ve done or else the system will eventually fail.


It might seem romantic and exciting to call hands on learning hacking, but it’s also very inaccurate, to the point of being damaging to the students learning it because it doesn’t teach them effective engineering.  It is akin to teaching accounting by showing students how to cook the books, or teaching a sport by showing students how to cheat to win it.  As they mention in the WIRED article, the Russian team’s hacking of the last Olympics shows a staggering lack of understanding; the point isn’t winning at all costs.


As a former IT technician and now technology teacher I’ve always wondered why I find the whole hacker thing so eye-rollingly tedious, but in retrospect it was because I was the one who had built the thing they broke, and then had to fix their ‘ingenious hack’ so that the whole thing would work again.  It’s difficult to see a hacker as some kind of genius when you build and service a complex hardware and software network that serves hundreds of people well only to watch it get broken to serve one selfish person.  Yet many educators hold up hacking as this magical process that lets you beat technology.  Perhaps that’s what’s at the bottom of this, and opportunity to attack the technology that so many people feel is enabling them to belittle themselves.

“There is a trend in software development away from the ‘hacker’ jury-­rigging into a mature field, where things are ‘proven’,”

That mature field is called engineering.  It doesn’t have the gung-ho and catchy mythology of hacking, but it’s what builds space shuttles, Internets and makes the rest of modern society possible.  It is a creative and powerful expression of human thought made tangible and something that everyone should have at least a passing experience in otherwise they are ignorant of how the Twenty-First Century works.


If you want to have Maker Spaces and encourage hands-on learning I’ll be the first to applaud the effort, but you don’t need to dirty the name of technical creation with hacking, because it has nothing to do with it.  You’re encouraging a cheating-to-a-solution-at-all-costs mentality when you use the term hacking.  Engineering is a collaborative act of creation with a result that is beneficial to many people.  The reason hacking isn’t is because it has little to do with creation and is usually motivated entirely by selfish need, that’s why it’s usually a solo effort.  Is that really what you want for your students?  Ruthless, deterministic and selfishly motivated hands-on learning?


As educators I think we can do a bit better than that.