I turn 45 today.  I don’t feel old, but that isn’t stopping the math from bullying me.  As I told a friend, the only way to battle this age thing is by acting as immaturely as possible.  With that in mind, here are my top six motorcycle choices for a mid-life crisis:

The chance to experience off-road riding with a focus on bike control would be awesome.  It so happens that Yamaha offers just such a course a pretty hour and a half ride north of me.  That would be a fantastic day in the dirt. 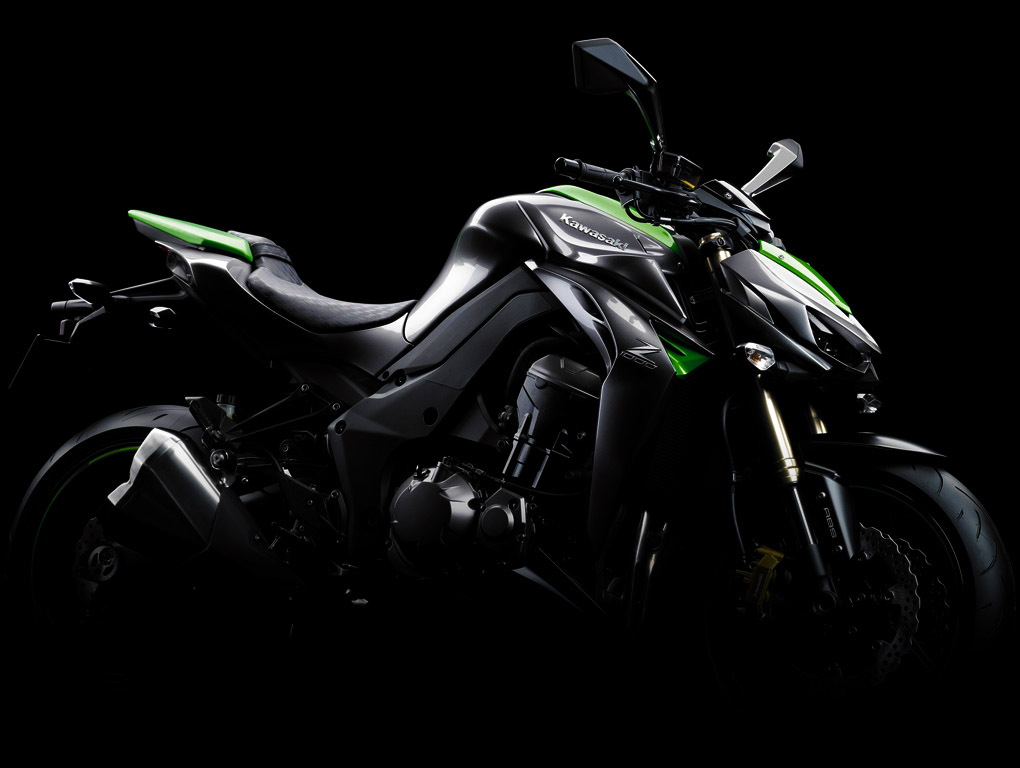 The anime dream machine.  Twitchy, not as good as other naked bikes according to Bike, but it’s one I got excited about throwing a leg over and I’d never get tired of looking at it, though it makes little sense and would be a handful.  What’s a mid-life crisis without making silly, emotional choices? 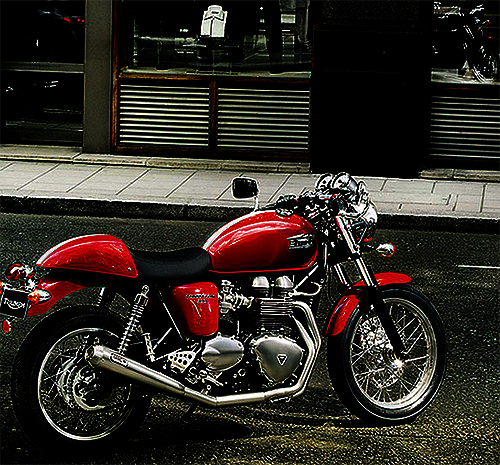 The start of an ongoing cafe racer makeover.  The basic bike is sufficiently hooliganish so it speaks loudly to that vanishing sense of immaturity.  This bike begs for leathers and old school style.  I’d ride it like a rocker to pub brawls.  This Thruxton would turn into the bike I’d ride to Fight Club.  It wouldn’t be shiny for long, more like a rolling black eye. 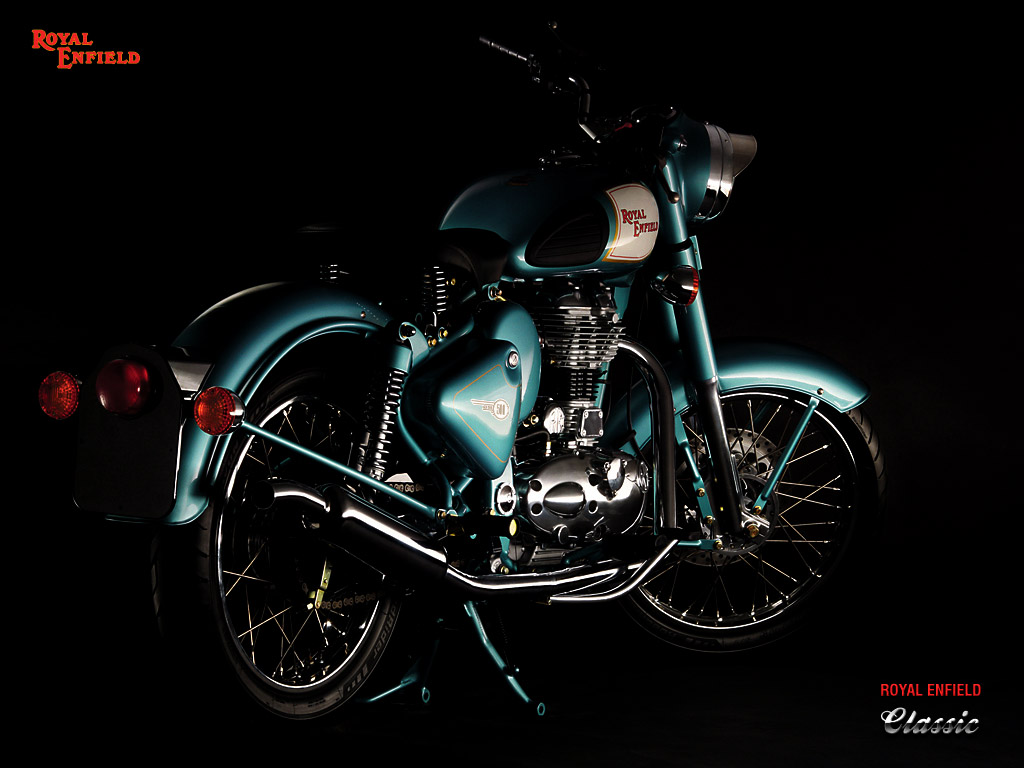 For those moments when I want to feel like Indiana Jones outrunning Nazis.  The classic Bullet is an old school thumper that would take me back.  It’s the next best thing to being there because it’ll start every time.  Seeing if I could ton-up on it would be a long term goal.  Old people like me like things that remind them of their pre-war childhoods.

I went all modern textile with my first round of motorcycle gear, but nothing says mid-life crisis like leather pants!

In my year of riding I’ve come to appreciate leather riding gear for the level of protection it gives.  I’ve also come to realize how much more effective leather is at keeping you warm in less than comfortable Canadian riding conditions.

All that aside, leather looks cool!  If not the pants, then a full race suit and some track days to wear it in on. 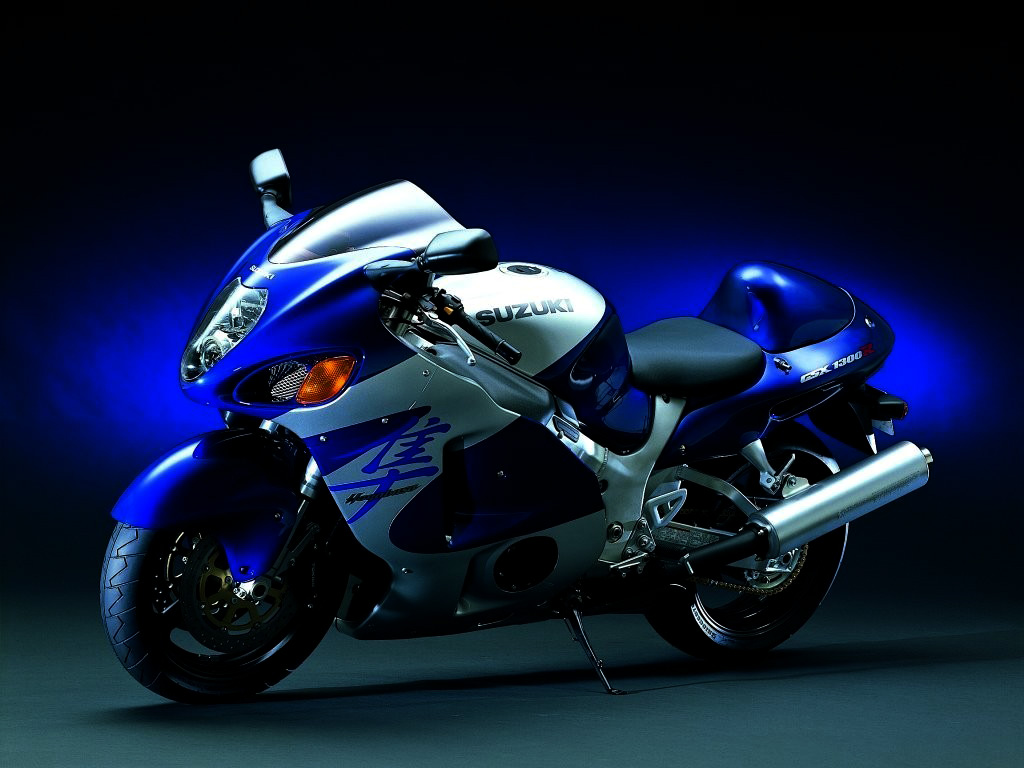 I got all glassy eyed when I sat on a ‘Busa at a show, it feels really special.  It’s a big, beautiful bike that will go faster than light speed.  I’ve always had a soft spot for Suzuki and the Hayabusa is about the most beautiful thing they’ve ever made.  The other super bike that took me by surprise was the super Ninja ZX-14R.  Either one would scratch that mid-life crisis itch (really quickly).

Oddly enough, the whole adventure bike thing doesn’t seem to tickle the mid-life crisis itch, though perhaps it’s because adventure riding is so far away from normal life while a road bike is a daily opportunity.  To make the list the adventure bike deal would have to get all Ted Simons (I’m reading Jupiter’s Travels at the moment) and involve a long term opportunity to travel too.  I get the sense that another post is forming around this.

I’m still having culture shock over going to Arizona.  They have “buckle up it’s the law” signs everywhere but most motorcyclists ride around without a helmet on.  They do things different in Arizona.

I was gutted to learn that Eaglerider was closed on the one day I wasn’t at the conference I was going for.  I ended up in the desert in a cage.  I still had a great time hiking in the heat, but Arizona really is built for bikes, especially in the spring when it’s hot but not too hot.

I took the route I was going to take anyway if I had the bike.  The only part I didn’t enjoy was 87 back down to Phoenix where everyone was thumping along at twenty over the limit in massive pickups towing boats.


The ride out of Phoenix was smooth and the road quickly went down to one lane and got interesting.  Soon enough I was working my way up into the Mystic Mountains.  If you’re riding from Phoenix a nice place to stop is the Boyce Thompson Arboretum on the right of US-60E about an hour out of Phoenix.  It’s a lovely place to stretch your legs and smell the desert blooming.

On towards Globe it gets switchbacky and a dream ride for a bike.  The roads are smooth and never dull.  Turning toward Lake Roosevelt in Globe, the road takes on a less frantic vibe and has you taking long curves at speed.  I stopped at the Tonto National Monument.  It’s a sweaty hike up the hill, but another interesting stop for a leg stretch.


I then pushed on up to the intersection at 188/87 at the top of the lake which I’d classify as a mistake on a bike ride.  There is a much more interesting road, the Apache Trail/US88 that follows the Salt River out of the Mystic Mountains and down to Apache Junction on the outskirts of Phoenix.  Had I been on two wheels I would have taken that one without a second thought.

Arizona begs to be ridden on a bike.  When I was out in the desert hiking I got a real sense of how wide open it feels.  Being able to feel that all the time on two wheels would be wonderful.

There will be a next time now that I’ve seen how easy it is to get down there.  From Southern Ontario I flew out of the tiny and quick Kitchener Airport into Chicago and on to Phoenix.  I was travelling for about five hours, but with the time change I left at 6:30am and I was on the ground and ready to go by 10:30am Phoenix time.  With that in mind, I’m now thinking about what a week in the desert on two wheels would look like.

The route: Phoenix up the road I missed, on to Sedona and some vortexes (!).  Then the Grand Canyon and ‘Vegas before orbiting back to Phoenix through Yuma.  If I left on a Sunday morning and came back on a Sunday night it would be seven days of riding with the pickup and return of the bike on consecutive Sunday mornings.  252kms of riding per day minimum, more if I get lost, should be pretty manageable.

It was about $800 to fly down return, $1118 to rent a Harley Fat Bob for a week (7 day discount!) from EagleRider.  A couple of hundred a day for food & lodging… $3320 for a week riding in the desert.  That’s not crazy for a chance to ride when I can’t at home and shake off the winter blues, and an adventure bike would probably cost even less.

Now that I know how close and easy Phoenix is to get to, I think I’ll be back. I took a 360 video of our ride down the Forks of the Credit today.


The video bit came out OK, but what was interesting was how well the microphone picked up the 955cc Triumph triple cylinder engine.


Since it was out of the wind you get a front row seat to the mighty motor and its strange sonorous ways:

I’ve heard induction roar on a bike before, the Concours made a big whoosh, but the Tiger almost sings as it breaths.  It must be a British engineering thing.  Vulcan bombers used to howl when their air induction reached a certain point as well:


Why just make it work when you can make it sing?