A few years ago we rode down to the last Indianapolis MotoGP.  It was a great few days in Indiana and it was pretty close to us.  At a push the ride there could be done in a day (we took two because I had my ten year old son with me).

This year’s only North American MotoGP is in Texas and happens the weekend before Easter.  How few days could I do it in?  It just happens that Austin is a Bun Burner Gold away, just over 1500 miles south west of here.  I watched a couple of fellow motorcyclists from the Lobo Loco long distance rallies pull a Bun Burner Gold off in the fall.  If I could get to COTA in 24 hours I’d be a rockstar!


If I left on Thursday evening I’d be down there Friday evening or a bit later if I missed it (BBGs depend a lot on construction and delays to pull off).  Either way I’d be up Saturday morning with some kind of Iron Butt ride (if I missed the BBG there are half a dozen other, easier ones that I could still aim for) under my belt to catch qualifying.  Early to bed Saturday night and then another day at the Circuit of the Americas on Sunday for the races.  After a good dinner I’d be back on the road again making tracks north to home.

If I missed the Bun Burner Gold on the way down, I could attempt it again on the way back!  Either doing a Sunday night to Monday night blitz to get the gold, or breaking it into two long days and going for a plain old Bun Burner 1500 (1500 miles over 36 hours).


In a perfect world I’d do the BBG on the way down, enjoy the weekend and rest up again before getting a Bun Burner 1500 on the way back, riding Sunday night after the race as far as I can, having a sleep and then getting up and finishing the ride within 36 hours.  If I’m back Monday night I would have only missed two days of work while getting to watch a MotoGP live and picking up multiple iron butts!  That’d shake the rust off after a long, cold, Canadian winter.

Does two Iron Butt rides around a weekend of MotoGP sound extreme?  From the dark depths of February after weeks and weeks out of the saddle, it sounds like a brilliant idea!  When you’re trapped under a polar vortex and some truly grim, neverending Canadian winter, the thought of trying to cross much of North America twice in five days on two wheels scratches an itch.


Slow motion through the esses at Indianapolis…

COTA has all sorts of pretty views for video and photography… 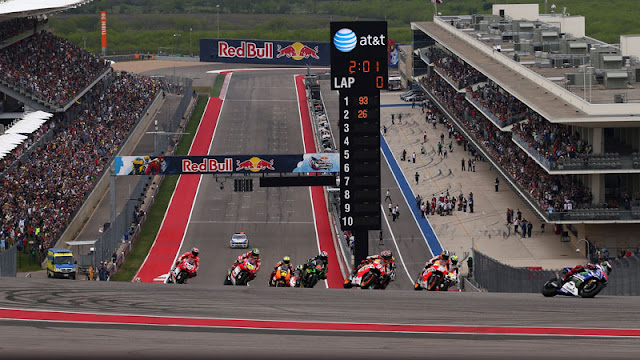 The long way down… and back. 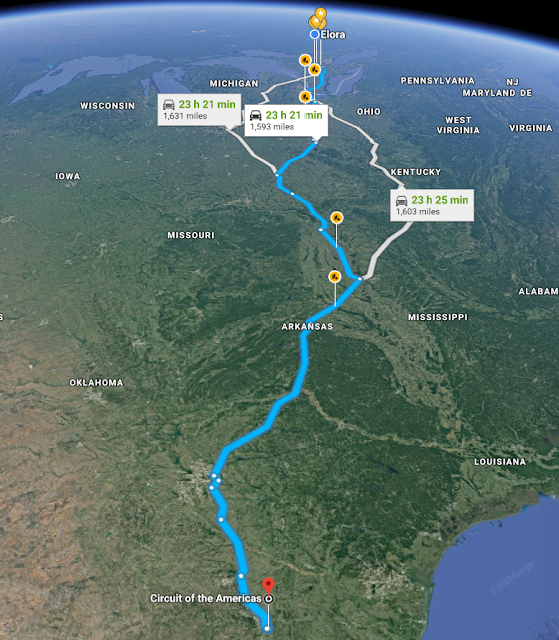