I’ve written a number of negative end-of-year reflections on this absurd year of teaching and not shared them because swimming in those waters is poisonous.  I’m glad I was able to write and reflect them out of me though.  They’re hanging in the blogger draft space and I might just let them loose one day in the future when the idiocy of this past year is a distant memory.  I think it’s important to critically assess everything that went wrong in this human disaster in the hopes that it won’t happen again.

On Friday I attended a webinar put on by a group of professional creatives that focused on recognizing your own accomplishments.  This group formed to look at ways of maintaining creative output for a living.  This isn’t something most people have to worry about since their jobs are quite prescribed.  For too many teachers their teaching is prescribed but I’ve never been a fan of that approach.  For me teaching is a creative, never-rote activity and talking to professional musicians and visual artists helps me find the capacity to teach in the ever-evolving way that I want to.

In listening to the artists in this webinar talk about their wins, I still struggled with the idea that this just sounds like tooting your own horn.  Creative output, for me at least, always comes with a healthy dose of humility.  Having crushed any rose-coloured glasses I’m able to get on with the difficult job of creation without any delusions, but this isn’t very marketable and marketing kept cropping up in discussion.  Does creativity have to include suffering?  Can you be clear eyed about your creativity or is being creative inherently delusional?

The other side to this harshness in terms of metacognitively accepting and being able to speak productively about accomplishments is that not being able to recognize your accomplishments can hurt you psychologically and ultimately make you uncreative and unproductive.  If you fall into a depression over abuse or unfairness then you won’t be able to do what you do.  Striking a balance with recognition of accomplishments is both a personal mental health and a being a functional creative issue. 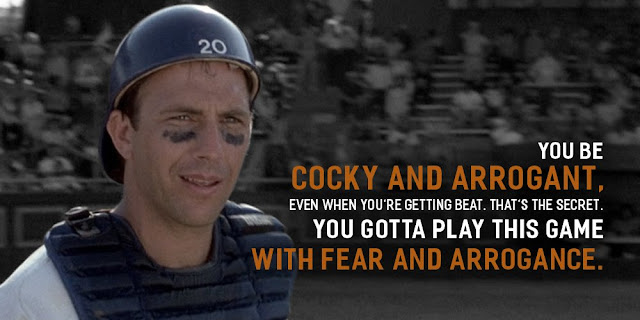 From any rational point of view I should be viewing this past year as a towering success in my career.  My students fought their way to two places in the national finals of the CyberTitan Canadian National Student Cybersecurity Competition and both overcame all sorts of adversity in order to produce our best results ever.  Being top ten twice out of over 150 teams should be something we acknowledge positively.

Over in Skills Ontario we did backflips to keep student competitors engaged and although we had one competition drop out, the others performed exceptionally well.  We’d only ever won medals in IT & Networking previously but we didn’t just keep our string of IT medals going for a fifth consecutive year, we also won our first provincial medals in electronics, coding and GIS as well.  That too deserves positive reflection that encourages future attempts.

Meanwhile, from a classroom teaching perspective, we managed to retain very high engagement rates in this rudderless year of hybrid simultaneous face to face and remote or fully remote learning.  Even in the final quadmester our fully-remote (again) and exhausted game-development students produced fantastic examples of what digitally fluent Ontario high school students are capable of.  We also punched through to new heights in terms of student achievement while also saving those that were drowning in the sea of systemic failure.  I couldn’t see that though because what we were doing was only ever a fraction of what we normally do in a school year. 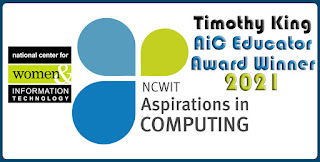 As a teacher I suddenly found myself being put up for awards and winning them.  NCWIT not only awarded two of our graduating women in technology their provincial award but also acknowledged me as a 2021 educator of the year for supporting girls in technology and engineering.  Then my board gave me an Everyday Hero Award and OTIP let me know I was an honourable mention in their provincial teacher award.  These are the hardest for me to talk about because my reflex is to step back and let students take the accolades, but the support of parents and students in writing those applications means the world to me so ignoring them is neither appropriate nor appreciative.

I’ve been unable to give these things the positive reflection they deserve because of the cruel year we’ve just been dragged through.  Next year doesn’t look much better with the same sabotaging political mismanagement in an education system paralyzed by our own political failures, but if I let the good things fade into the malaise from all these elements beyond my control then I’m lost.

I’ve put down several extra jobs this summer in order to find my mojo again.  I can’t go back into the classroom having lost all hope in the credibility of our education system.  If I can get my feet under me again I can stand up and fight for what matters for another year.

When the education system fell apart around me and work became frustration piled on frustration I found a creative outlet to release myself through.  Starting last fall I was up at 4am every morning when work anxiety wasn’t letting me sleep writing and I’m now 160,000+ words into a novel that I never thought I’d find the time to write.

I’m energized by teaching because it lets me pour my efforts into something that is difficult, important and credible, ideally while being surrounded by people doing the same meaningful work without pretense.  With credibility circling the drain this year and pretense the new normal, I needed to do something real that wouldn’t take anything other than my best effort.

I prefer to put my energy into something I believe in and that appreciates and respects that commitment.  When I couldn’t find that at school I did what I could to help and refocused my energy on this creative writing project that had no room for pretense.  Should anyone ever read the book I think they will find the frustrations of the last year written into it large.  France’s collapse in 1940 against the German Blitzkrieg has many parallels with Ontario’s approach to COVID19 in the past year.

Dusty World is going on hiatus for the summer and I’m going to focus on finishing the novel.  Now that I’ve gotten this negativity out of me I don’t need to carry it any more and I’m putting down teaching at least until the ECOO Conference in August because even in a year when I’ve lost faith in education I still can’t help but go above and beyond and start my school year weeks early in hopes of making it better for everyone.