According to our newly created mission statement we’re supposed to be producing students who are respectful.  I was advocating for responsible but respect got the nod.

Respectful students serve order.  Their docility allows a system to exist beyond reproach.  If students are respectful they obey authority without questioning it.  Respectful students are easy to manage.  Any adult in the building doesn’t have to be respectable, they are automatically entitled to it.  It’s a good way to ensure that students do what they’re told while the system can do what it likes.

Misuse of respect doesn’t end in organizations, it has also crept out into society as a whole.  We’re all supposed to give it to everyone all the time, but you earn respect don’t you?  I’ve been told, and it’s printed on the wall of the school to be seen every time I walk in the door, that everyone deserves respect.  I find this not only untrue but pathologically wrong headed.

The temptation is to go straight to serial killers and death camp commandants in proving that not everyone deserves respect, but respect isn’t easy to earn even for the mediocre.  Anyone who respects mediocrity is probably simple minded, or so desperate to not offend anyone that they appear simple minded.  The motivation behind respecting everyone is to not offend anyone, but in the process of putting everyone up on a pedestal, individual effort and excellence is rendered meaningless.

There is a confusion of language around the word respect.  People use it to mean being civil or polite, but that isn’t what being respectful means.  Being respectful arises from you holding something in high regard.  Using respect as a demand instead of a recognition of excellence is manipulative, usually done by an organization that doesn’t want to be held accountable.

Respecting a person comes from you holding their thoughts and actions in high esteem.  It doesn’t come from valuing everything they do because they do it   Blind fandom or faith is dangerous.  Any organization that enshrines respect as a demand should do some soul searching.  I can respect a system that strives for respectability.  I can’t respect a system that demands it… it’s disrespectful!

People toss around statements like ‘respect your elders’, perhaps this is where schools get the idea to enshrine it in their mission statements.  Respecting someone because they are old strikes me as quite irrational.  The eighty year old draft dodger who ran away is hardly as respectable as the twenty year old who did his duty.  One of the first realizations I had as an adult was that age is a poor indicator of respectability.  We demand it in children to make them manageable, but that kind of ageism is little different than racism.  We should value people based upon their thoughts and deeds, not on their social status.

Everyone deserves to be treated civilly.  Everyone deserves compassion, but everyone does not deserve respect.  We like to enshrine it in school language in order to subjugate children into an unquestioning relationship with authority, but that isn’t particularly flattering.  Teachers do not deserve respect.  They deserve to be treated civilly, and compassionately, but they don’t deserve respect, no one does.  I would hope that they earn it with their students, but many don’t, and then issues of classroom management arise.  We might try to stamp out the individual assessment of respect, but it’s always there between people regardless of their age or job. 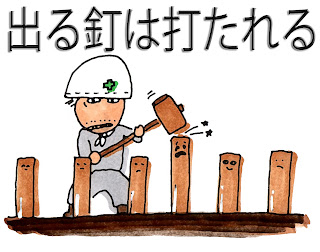 Respect plays an important role in how human beings interact with each other.  We should all strive to be respectable and earn the admiration of our fellows, but making respect an expectation belittles us all and encourages, at best, mediocrity.  When everyone is automatically assigned respect individual effort becomes pointless.

We should be aiming for more than misdirection and ease of control as educators.  We should be encouraging individual excellence in our students, not hammering them all down with false demands of universal respect.