I’m a big fan of Top Gear, and I especially enjoy their travel/challenges.  I’ve always dreamed of planning one, getting people silly enough to commit to it and then making it happen.

In the summer of COVID I’m finding myself daydreaming of possible adventures, so I started poking around on the internet trying to find how far north roads go in Ontario.  Bafflingly, Ontario has never connected to its own north sea shore by road.  For a province that has thousands of kilometers of ocean shoreline, Ontario seems intent on convincing its citizens that it’s land locked.  I’d love to ride 1000kms north to the sea, but it’s not an option.  James Bay is roughly in line with Scotland, so its not like it’s in the arctic.

In the meantime, it looks like Windigo Lake north west of Thunder Bay is as far north as you can ride in Ontario on your own wheels:

…which offers us a great thematic riding challenge!  It’s time to go to Windigo (instead of Bendigo), Morty!  Here’s the inspiration in case you’re not hip to Rick & Morty:
Here’s the Top Gear style WE’RE GOIN TO WINDIGO, MORTY! Moto Travel Challenge:
This isn’t an easy ride.  It starts with almost 1700kms of riding on paved roads ranging from the biggest freeway you can imagine to single lane tar patched, northern frost heaved back-road.  You’ve then got almost 500kms of riding gravel up to where all roads end at Windigo.  Trying to do this on a one trick pony like a cruiser would be entertaining, but likely unsuccessful.  This is a challenge for a multi-purpose motorcycle! 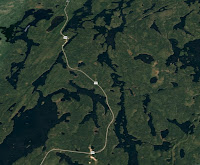 The 599 highway isn’t Google car photoed once you get on the gravel, and you’re constantly dodging lakes this deep into the Canadian Shield.  The closest I could get was this photo of the Mishkeegogamang Band Office, which shows a graded gravel road out front.  Fuel stops are few and far between, some cunning planning will be required!
BIKES

There are some interesting choices at the bottom end of the bike market in Ontario: 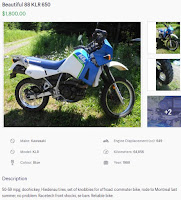 A bike that’ll handle the off-road part of this trip, though it isn’t built for the thousands of kilometres of paved road leading to the hundreds of miles of gravel fire roads.  Capable of handling the camping gear too.  Should come in on budget on the road. 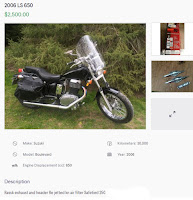 Low mileage, in good shape and comes safetied, so you’d have a bit left over for farkles.  It’d chew up the pavement side of WG2W effortlessly, but that windshield might never see Windigo (Morty). 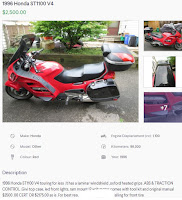 Big Honda touring bike, high miles, but it’s a Honda.  It’d be a handful on nearly a thousand kilometres of gravel, but some people like that.  Should come in under budget and ready to make miles.  The paves stuff would flash by on this and it could carry camping gear with ease! 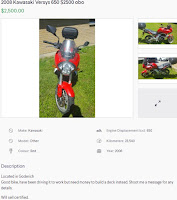 Low miles, Kawasaki dependable, in great shape.  The Versys is short for versatile bike system, just what you’d need to get to Windigo (Morty).  The 650 is a lightweight bike that’ll handle gravel, and it has luggage and mounting points for some soft bags.  I’d probably be able to get it for $2300 certified, which gives me a bit for some soft saddle bags, then I’m off to the races!  This’d be my choice.  Might spill my extra cash on some 70/30 semi-off road tires.

There are lots of other interesting choices that you could get road ready for under three grand in Ontario.  Seeing what people choose and how they prep the bike for long distance, multi-surface, remote riding would be half the fun.  To stretch the choices there would also be trophies for the oldest bike and smallest displacement bike to finish the ride, so some people might go after those rather than the timed competition.

PRODUCING IT FOR TV 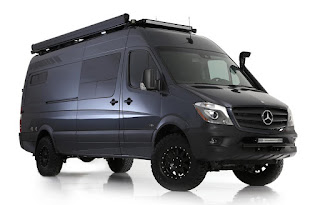 All bikes have GoPros to capture footage and all riders agree to provide at least 15 minutes of speaking to camera dialogue per day while in the rally.  All competitors have to document their camp build and take down.  There will be a production/sweeper vehicle with a trailer in case of any bike failures.  The vehicle will be able to provide technical support in remote areas and be designed for the gravel portion of the event as well as offer a central point for production and media management.

Competition begins when all riders have their bikes delivered to a shared garage space in Elora.

Film Schedule:
Day 1:  All bikes have arrived.  Bike familiarity and maintenance, bike paperwork taken care of, all riders and production crew doing piece to camera introducing themselves and talking about the event and prep
Day 2:  Bike familiarity and preparation, filming continues
Day 3:  Bike familiarity and preparation, finalizing ride planning, filming continues.  All bikes in park ferme at the end of the day ready for the morning’s off.
Day 4:  7am Race start in Elora.  Filmed by production vehicle crew and GoPros on bikes.
Production vehicle stopping in Thunder Bay on Day 1.
Day 5:  7am start.  Production vehicle stopping at Windigo to await arrival of riders (riders who arrive early will have a major penalty, so no one should be there until day 3)
Day 6:  Production vehicle at Windigo Lake awaiting arrivals.  End of day 6:  close of event party on Windigo
Day 7:  All rider camping gear to be taken in by the support vehicle for a lighter ride back.  Sweeping the road south to Silver Dollar (the beginning of pavement).  All competitors camping at Silver Dollar Campsite that night.  Confirm end of event with all riders.
Day 8:  Retrace/sweep route to Thunder Bay.  End of rally event in Thunder Bay.  Riders who want to keep their bikes have 3 days to return to the workspace in Elora in order to claim ownership.  Riders who want to find their own way home can do so and bikes will be transported in the trailer.
Day 9:  Production vehicle sweeps south clearing any bikes that have been parked.
Day 11:  Any bikes that have returned to the workspace in Elora have their ownership turned over to their riders.

Episodes:  45 minute edited
1)  Introducing riders, bike selection and  preparation – possibly include off-road training at SMART Adventures?
2) Rally Start:  day one on the road
3) Rally Continued:  day two on the road
4) Rally Conclusion: day three on the road and rally winners and finishers highlighted
5) where did they go missing riders review, post rally interviews while returning to Thunder Bay, final presentations in TB, sweeping up, who got to keep their bikes
Total production time:  3.75 hours of edited footage