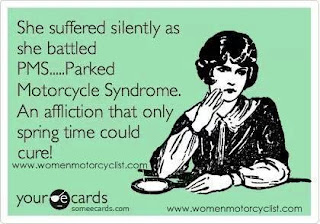 BIKE magazine is a big one in the UK and I can see why.  The writing is top notch, I was laughing out loud as I read one piece on all the ways an author has fallen off a motorcycle.

I’d pick up Adventure Bike Rider again, but it was hard to find even when I was in the UK this summer.

These hard to find British magazines may drive me to reading on a tablet just so I can get at them.