I’m at the last day of my first FITC Conference.  I’m buzzing from talks on emerging technologies, inspirational stories of artists thriving in a complex and rapidly evolving time and futurists shedding light on what is coming next.  That last bit is the focus of this post.

I have a number of current students and recent grads with a great deal of experience in VR, AR and the coming media evolution, and we’re all eager to find people to COLLABORATE with!

If you’re in the creative industry and are interested in VR & AR but don’t have much technical experience, we’d LOVE to talk to you.  If you’re developing VR ready software or hardware and want to talk to us, we’d be over the moon.  If you’re in Ontario post-secondary and are starting up VR/AR focused technology courses, my students are your future students and we’d love to work with you.

Here is our VR CV in glorious detail: 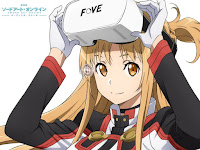 In 2016 the computer technology department I run at our local high school was given the opportunity by our board to explore the newly released consumer virtual reality headsets.  My background is in visual art and information technology, and my interest was in getting this visually demanding tech to work.  I’d be lying if I didn’t say I also had dreams of Sword Art Online being imminent. 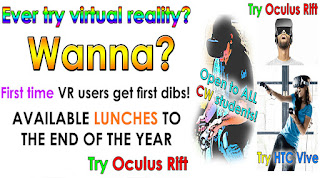 We purchased one of the first HTC Vives to drop in Canada and proceeded to build a PC that could run it.  Over two years ago we had working, fully interactive VR in our lab.  That summer I got put in touch with Foundry10, a Seattle based tech-in-education research group, and they helped us get into our second VR headset.  So that we could be platform agnostic we went with the Oculus Rift.

Since then we have introduced hundreds of students in our board to virtual reality.  We have done multiple grade eight technology fairs and elementary school weekend tech-days demonstrating VR to teachers, parents and students.  We’re a deft hand at remote setup and breakdown now.  It never gets old watching people get floored by their first immersive VR experience.  We don’t do it with phone based passive systems.  When we introduce VR our users have hands and full interactivity. 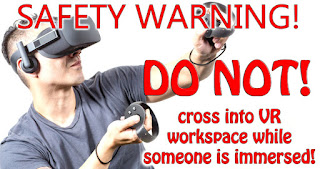 Starting last year we began building VR ready computers and packaging them with headsets to hand out to other schools.  We’ve built dozens of Vive based sets and this year we swapped over to cheaper but equally capable Samsung Odyssey VR based systems.  We have built mobile, laptop based VR systems and desktop PC  systems on a variety of different platforms.  We have become very adept at making VR work in a variety of circumstances.

While all that was going on we also started developing VR ready software for the hardware we’d built.  Our earlier work was built on Oculus and Vive but with the amalgamation of VR platforms on Microsoft’s Windows 10 Creator’s Update last fall, we are now able to build across multiple platforms simultaneously.  This spring our senior software engineering class is building two VR based titles.  You can check out the 3d models students are turning out on our Sketchfab site.

Freddy Falcon by CWcomptech on Sketchfab

Meanwhile, I’ve been presenting and demonstrating VR to teachers and educational administration across the province.  I’ve attended the Educational Computing Organization of Ontario’s annual conference the past two years, demonstrating and presenting on AR and VR.  That led to an Ontario Ministry of Education grant in student led VR and AR research.  Our groundbreaking work is helping to decide how VR will be used in education in the province.


Last summer I presented at the Ontario Teacher’s Federation summer conference on Pedagogy and Technology.

We’re always looking for other ways to diversify stereoscopic 3d digital interaction.  This past year we built school-branded 3d Google Cardboard viewers using a company in Toronto. We’ve also been in contact with Lenovo’s Educational outreach over the Google Daydream platform that’s about to drop and would love to get our hands on a Hololens, but that’s a bit too rich for a public high school.  Which leads me back to the start.

We’re tech-handy, more VR experienced in both hardware and software than most VR startups, and eager to COLLABORATE!  If you’re able to reach out online, you could be anywhere, but we’d especially like to make connections with industry and post-secondary programs who are exploring this emerging medium in Ontario.  My students will become your post-secondary students and eventually the people you hire when you’re developing in augmented and virtual reality in the coming years.  We’d LOVE to hear from you.  If you can help enable us, we’ll floor you with what we can do.

Here are some links:

To Tim King, the teacher:
On Google+
On Twitter
Direct to my work email
On 360 degree video capture – if that isn’t extreme enough, how about 360 on a motorcycle?

To current student work:
To Cameron: our valedictorian who is already working on his second VR game title AND a Unity based construct for embedding 360 immersive video into – he already has experience on half a dozen 360 camera rigs from basic consumer Samsung 360s to the Insta360 professional quality 8k 360 camera.
To Nick:  also working on his second VR title and the winner last year of a specialist high skills major award for introducing a new coop program where high school technical experts go back to their old elementary schools and help them improve digital fluency.

Both Nick & Cameron are part of the Cybertitan team who are in the national finals of ICTC Canada’s cyber security competition.

To Eric, one of our top 3d modelers

To recent grads:
To Zach, now at Mohawk for IT & Networking (so he’s already better than he was) – he was pretty good in high school too, winning the Ontario Skills Canada provincials for IT & Networking with one of the highest technical scores in the competition  Zach can get anything to work.

We have other grads, like Maddi, who have gone into 3d modeling and video game design.  She was producing stunning work three years ago, I can’t imagine what she’s up to now:

Speaking of which, I’ve been moving mountains to try and get more girls into our digital tech program (and uphill struggle in conservative, rural Ontario).  Our electronics expert in Skills Ontario (7th last year, aiming for a medal this) is the only girl in the competition.  Getting in contact with women in tech who are interested in mentoring the next generation would help support me in this.