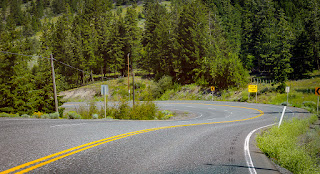 I drove the Canadian Rockies this past summer.  Riding from Ghost Lake in Alberta to Chilliwack in British Columbia would be one hell of a few days.  We did it in a crazy day and a half going the most direct route we could with one missed turn having us drive the wrong way to Boston Flats to get back on the Trans Canada.  Doing the Rockies like that it was pretty exhausting, even in a car.


On a bike it’d be dangerous to try and pull that off, especially as none of the roads are straight and you’re fighting altitude too.  It would be a shame to rush through it anyway, so taking your time is the way to go.  When I eventually ride the southern Canadian Rockies it’ll be a multi-day trip that makes use of every road I can find. 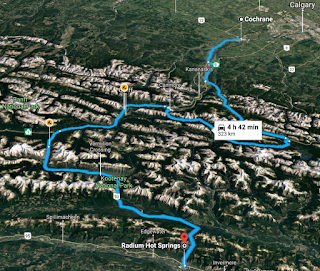 Day One:  Cochrane, AB to Radium Hot Springs, BC.  323kms via 40/742.  Lunch in Banff.  That’s just over five hours of riding at a sixty kilometre per hour average.  With multiple stops, it’d be a full day of riding twisty roads before hanging it up in Radium Hot Springs for dinner.

Day Two: Radium Hot Springs to Revelstoke, BC. 252kms via 95 and TransCanada.  This might seem like a short day, but it’s high altitude passes over top of the world stuff.  We staggered into Revelstoke around dinner time and wanted to stop, but had to push on. 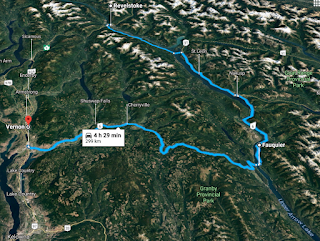 Day Three:  Revelstoke to Vernon along Upper Arrow Lake.  300kms via 23 and 6.  We didn’t go this way last time and bombed down the TransCanada behind infinite numbers of campers and eighteen wheelers who were wheezing up and down the inclines.  This route is at least as twisty but should offer less heavy traffic than on the more direct route.  Kamloops was a pretty rough spot, so I wouldn’t miss it the second time through. 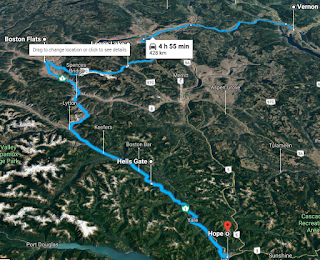 Day Four:  Vernon to Hope via Boston Flats and Hell’s Gate.  After a couple of light days, the last day going West is a kicker.  Just over 400kms of very twisty mountain roads.  Google maps says it’s a five hour effort, but with traffic, twists and roads that’ll leave your mouth hanging open, that’s an optimistic ETA.  This would be an all day ride along some unforgettable roads.  I ran into a new rider at Hell’s Gate who had ridden up from Vancouver.  He was grinning ear to ear.


From Hope you’re ideally poised to hit the west coast, but this isn’t about that.  If you still haven’t had enough of your Canadian Rocky Mountain High, a trip back skirting the US border offers you a whole new set of twists, turns and stunning scenery.  I’d be hard pressed not to want to head toward Valhalla…

You could do a lot worse than giving yourself a couple of weeks (or months, or the rest of your life) wandering the Canadian Rockies.  This trip doesn’t even touch Jasper or Whistler.  There are also a number of roads that don’t go anywhere.  Chasing down those dead ends would be an obsession of mine if I lived out there.

Here are some of those roads we saw this summer… 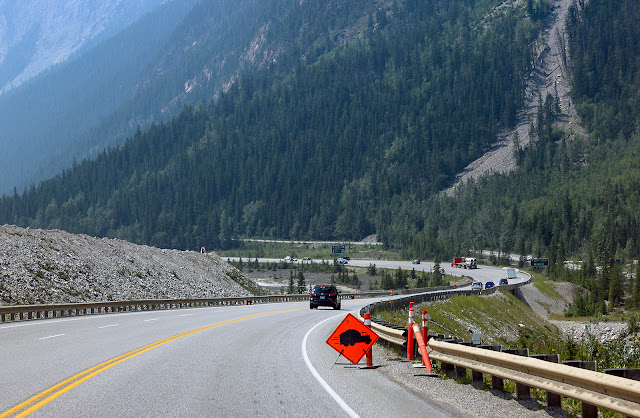 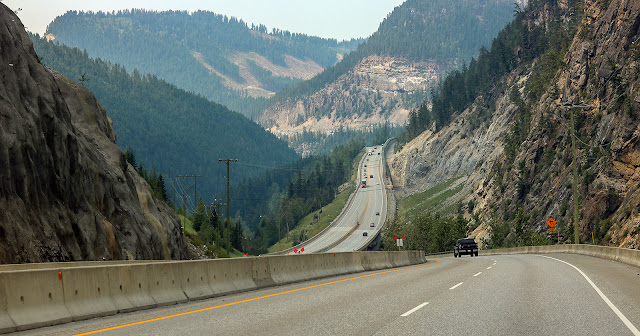 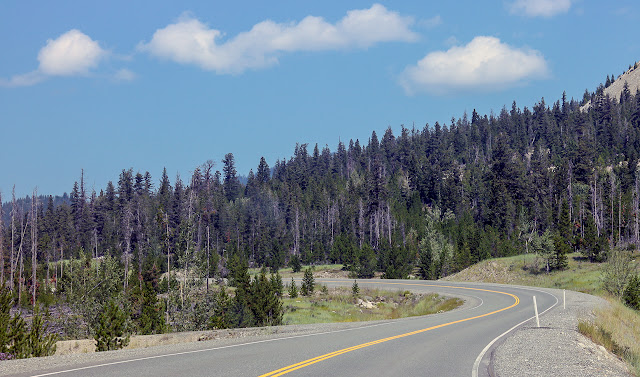 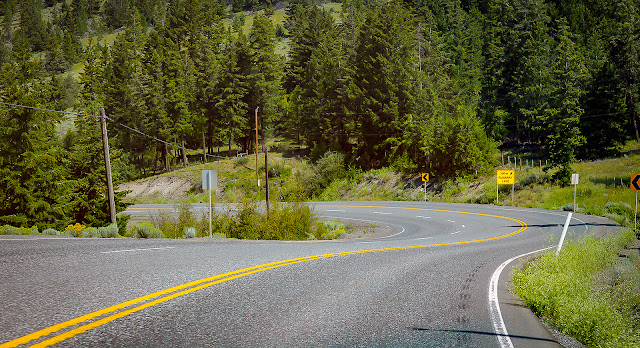 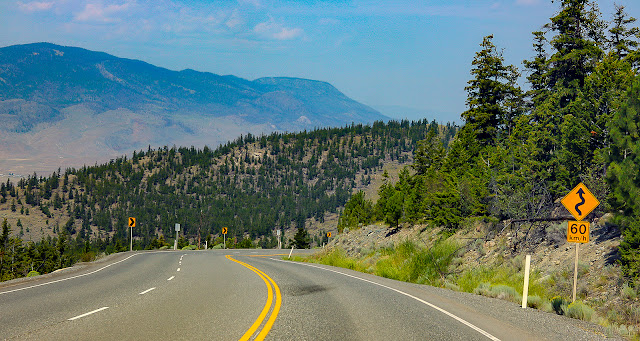 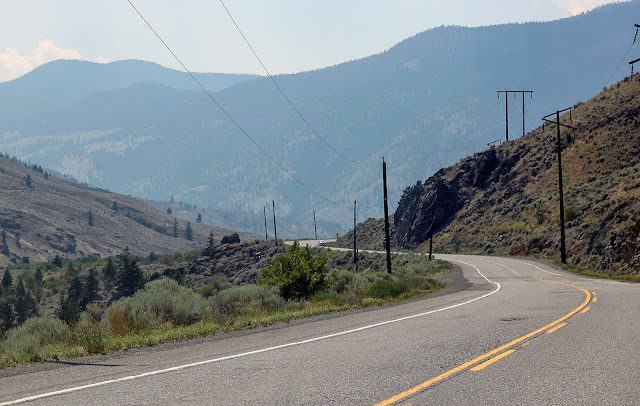 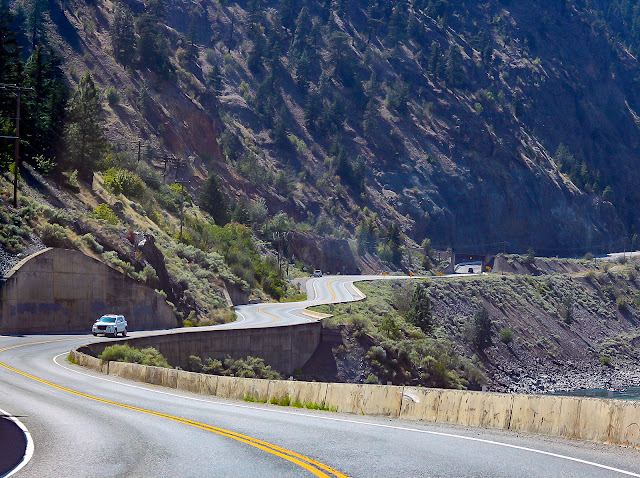 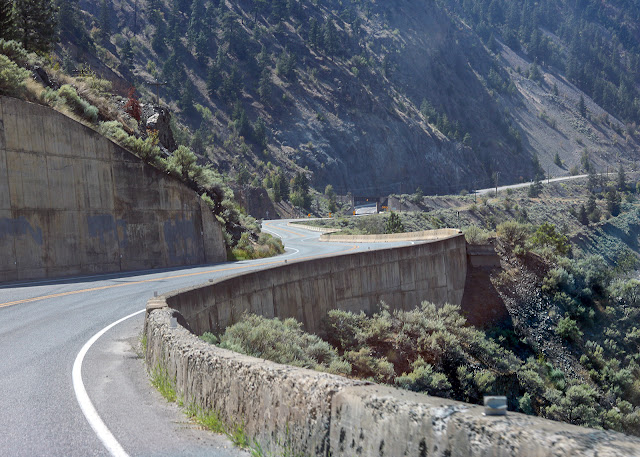 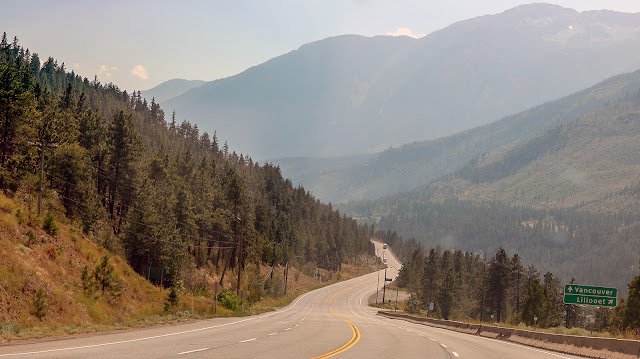 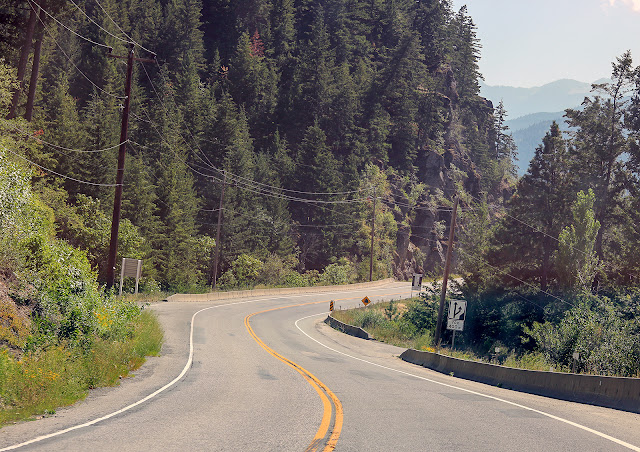 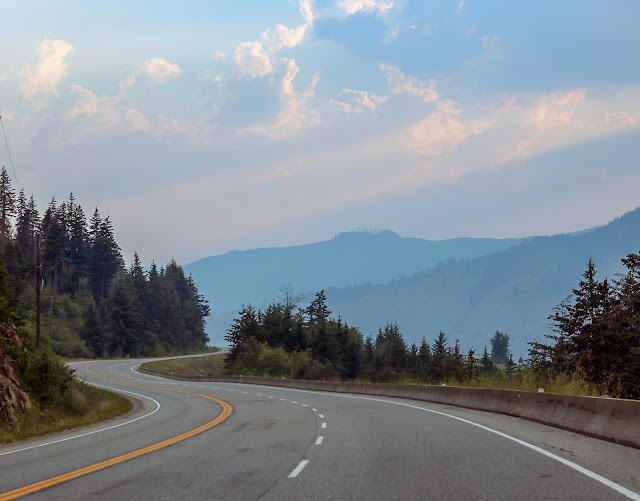 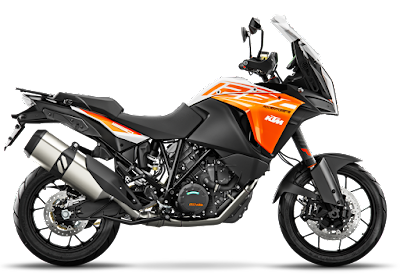 …and these are all ‘main’ roads!

Like most Canadian Roads, they suffer huge swings in temperature.  The ideal thing to tackle them on would be a road focused adventure bike.  The extra suspension travel would help soak up the inevitable imperfections while allowing you to still enjoy the twists and turns.  They also happen to be the ideal ride for a big guy like me. 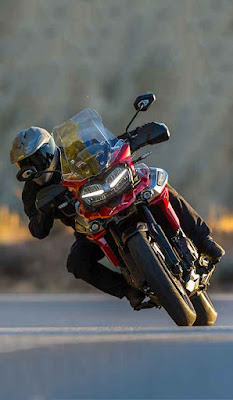 KTM focuses on fast ADV bikes, but you’d also be spoiled for choice if you looked at Triumph’s big Explorer, or BMW’s bonkers XR sports ADV. 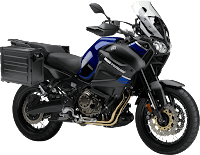 Yamaha’s Super Ten is a solid, fast choice, as are the other larger capacity Japanese bikes (though they all seem to object to defining the category).