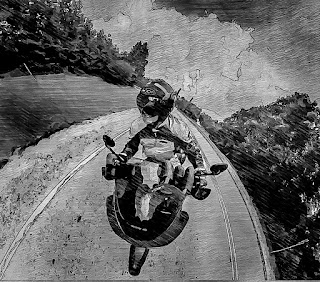 I did a 360km-ish kilometre ride on Saturday.  All back roads and as twisty as I can find in the farm-desert we live in.  I was gone shortly after 8am and had a coffee at Higher Ground before ripping up and down the Forks of the Credit.  I was then up past Orangeville to Hockley Valley Road, back through Mono Hills and up to River Road into Terra Nova before coming back down to Horning’s Mills and north to Noisy River Road into Creemore.  All in all I crossed the escarpment half a dozen times on my way north.


By now it was well past noon and into the high thirties with humidity.  After a great lunch at The Old Mill House Pub in Creemore I was out to Cashtown Corners to fill up and then past Glen Huron and over the escarpment one more time before heading north to Thornbury Cidery and the cooler shores of Georgian Bay. 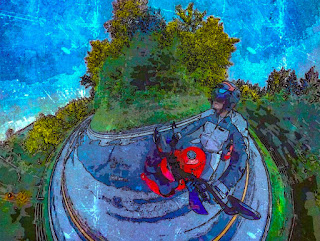 From Creemore on I was soaking wet and sweating freely, monkey butt (red and sore on my backside from wet, aggravated skin) was soon to follow.  It wasn’t so bad by the lake, but inland it was sweltering.  I was standing frequently to try and get wind under me, but by this point my big ride was just uncomfortable.  The Macna vented pants did ok on my legs, but where I needed it the most they were just trapping heat and leaving me dripping.


I bombed south down Beaver Valley, stopping once at an overlook to finish the Gatorade I had and then on to Flesherton for a stop at Highland Grounds before dodging and weaving south on back roads towards Elora and air conditioned nirvana. 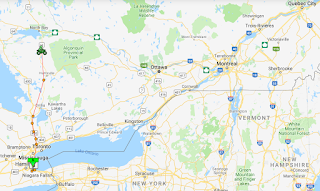 Before I left that morning I learned that Wolfe and Robyn, the founders of Lobo Loco long distance motorcycle rallies, had already started the monumentally difficult Bun Burner Gold, the seemingly impossible fifteen hundred miles (2400kms!!!) in twenty-four hours – yes, that’s a 100km/hr average for a whole turn of the earth.  You’d need to be making time every hour so you’d have time to get gas, eat, drink and toilet; it’s madness! 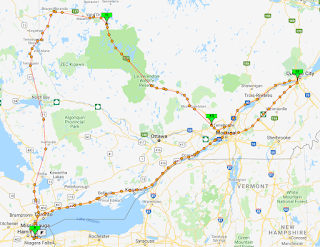 By the time I’d seen what these two superheroes were going to attempt that morning they had already done more miles than I was going to do all day (monkey butt and all), and they still had the better part of two thousand kilometres to go… in a day!


Part of this is making sure you’ve got the right gear for the job.  I’m going to address that in another post, but the other side of this is do I think I can actually pull something like that off.  I’m months away from turning fifty and I’m starting to get a sense of what getting older is going to feel like.  Doubt is what starts you thinking that you have to act your age. 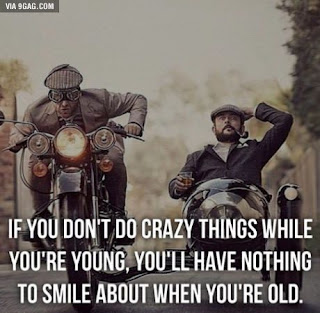 The two doing that epic bun burner are fifteen plus years younger than I am and much more experienced riders.  My starting to ride late grates on my nerves.  Despite numerous opportunities, events beyond my control conspired to prevent me from finding my way back to a hereditary hobby.  Those lost years still haunt me.

No point in moping about it.  I’ve gotta grab the opportunities as I find them and not let doubt weaken my resolve.  If I want to get an Iron Butt done then I need to get it done.  You don’t get shit done by moaning about it.  But first I’ve got to get my seat and kit sorted.  No point in trying to do a job without the right tools. 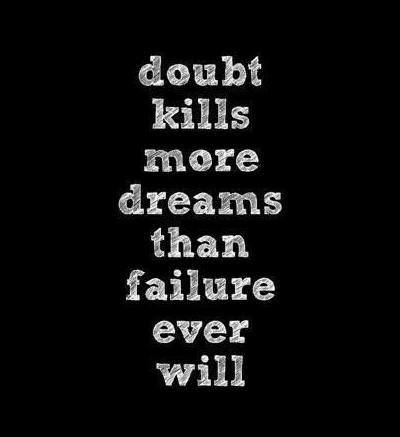