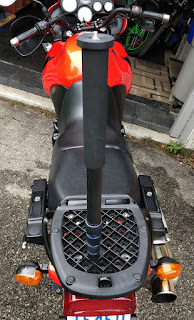 The other day I tried a variation on the on-bike 360° photography I’ve previously done.  Rather than mount the camera on a flexible tripod on the front of the bike, I attached a carbon monopod to the rear top-box rack, extended it and put the camera on top.


The bottom part of the monopod had a screw in point.  With that removed I could bolt this very light weight, carbon fibre monopod to the rear luggage rack (which itself is attached to the frame) very securely.  In almost an hour of riding on typically lousy rural Ontario roads both the camera and monopod were very secure and the photos showed no evidence of wobble or blur.


These are the parts used:

With the camera over a metre above and behind my head, the three-sixty degree pinched perspective makes the bike and I look quite far away: 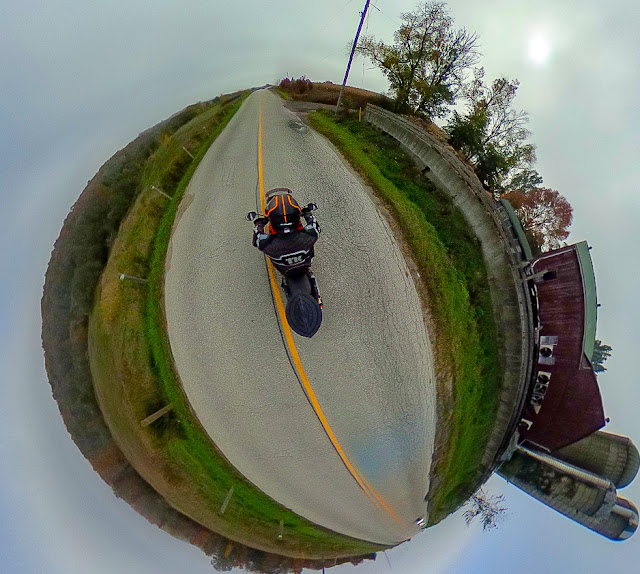 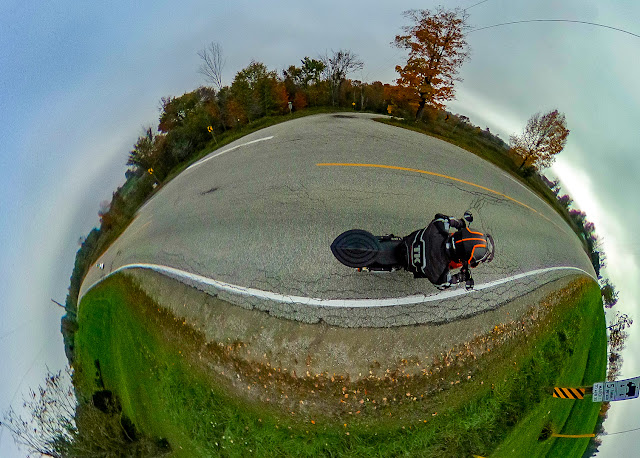 After doing a round at full extension (the monopod extends to just over five feet or 160cms), I reduced the bottom leg.  I couldn’t see the results of the shots until I got back and I was worried that the full extended monopod would produce wobble and blur or be structurally stressed (it didn’t and it wasn’t).  The monopod only weighs a couple of hundred grams and can hold 10 kilos or 22 pounds of gear – the Theta weighs less than a hundred grams.


With the camera reset closer to four feet above the back deck of the bike I did some more miles, including riding over some very rough roads.  Even in those circumstances the rig was solid, unmoving and took sharp photos, even in the relatively poor light (it had been heavily overcast, foggy and raining on and off all day).

Perhaps the best example of the camera’s lack of wobble was the shot from inside the covered bridge.  On an overcast, dim day in a poorly lit environment with the bike bouncing over rough pavement, the sharpness is still surprisingly good.  This was so dim that I had to raise the sun visor in the helmet:

I’d call this a successful test.  Setting up this kind of monopod on a Givi tail mount for a top box works really well.  The monopod base fits snuggly in the tail mount, which is a very solid, over engineering piece of kit designed to carry potentially heavy luggage.  The monopod takes a big quarter inch bolt.  I used a big washer on the bottom and a smaller one that fit perfectly inside the lattice on the top of the rack.  With the monopod tightened down with a ratchet it was extremely secure.


The camera didn’t wobble on full extension, but with the monopod retracted one level (the shortest, narrowest one at the bottom) the monopod rubber met the top of the luggage lattice and it was even stronger.  With the camera on the shortened tripod, the photos still offered a surprisingly distant perspective:

It’s another unique perspective to pursue with 360° on-motorcycle photography, but I have to say, I think it feels a bit alienating because everything is so distant and you can’t see the rider’s face.  Short of flying a drone perilously close to a rider, there is no other way you could get this perspective though… 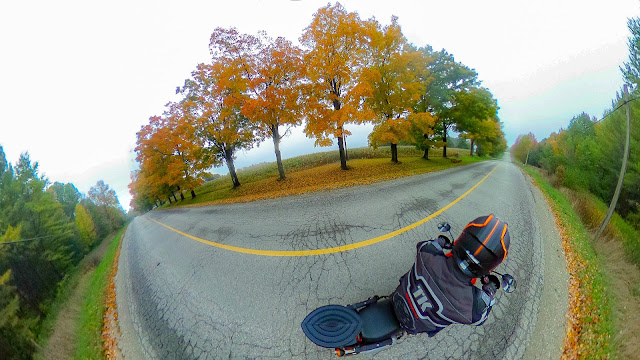 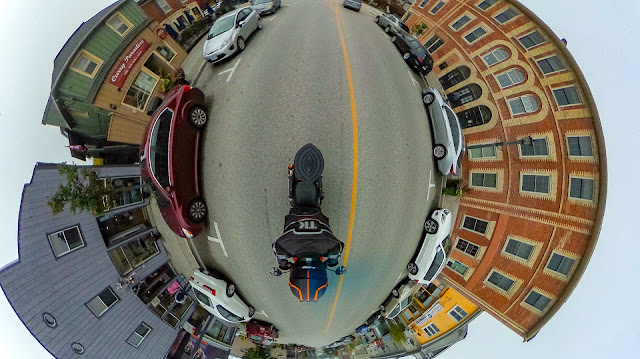 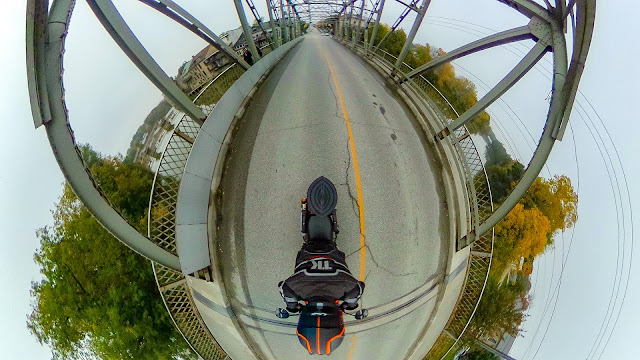 Something like this might look really cool on a bike doing a wheelie, or someone knee down in a canyon.  It also does a nice job of capturing the surroundings, but unless I’m looking for shots that are more about the scenery than the ride, I doubt I’ll be doing it again.  I prefer the more intimate and exciting angles you get from mounting the camera closer and in front of the rider: 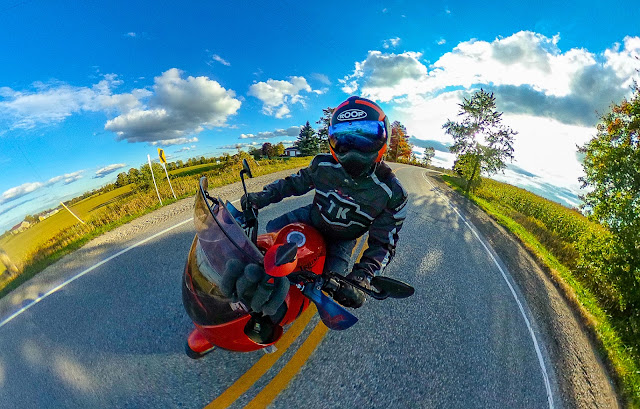